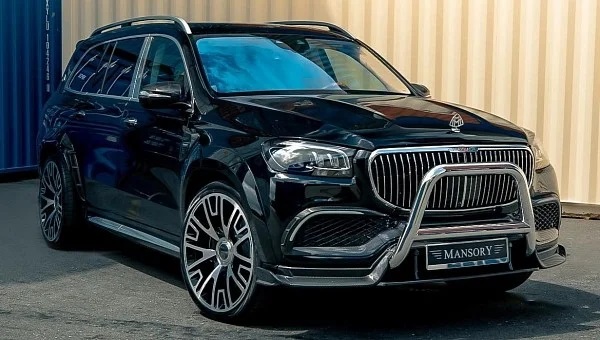 Why bring it into the limelight again when it has the same power and looks almost identical? Well, because it’s not every day that one gets to see a Maybach, regardless of the model, with a bulbar strapped to its face.

That is obviously the most controversial feature of the build, and it has a chrome finish, just like the OEM grille, and a few other things on the outside. For something that was modified by Mansory, the GLS in question doesn’t look that bad, save for the bulbar of course. It also has a metal bar below the rear diffuser that looks similar to the one on the G 550 4×4, only it is mandatory on the truck, in case someone rear-ends it.

A few carbon fiber elements are on deck too, and new wheels that measure 10×24 inches, wrapped in 295/35 tires. The tuner’s logo bedecks certain parts of the exterior, and just like before, they couldn’t be bothered with releasing any images of the cockpit. As a result, we are going to assume that it hasn’t been updated, though they do have new upholstery for it in their catalog, a carbon fiber steering wheel, additional carbon trim, new floor mats, and some other things.