Always held in high regard by the OEM, its beloving fans, and even by the competition, the Mercedes-Benz G-Class has been – over the years – many things, from military off-roader to mall-crawler SUV. 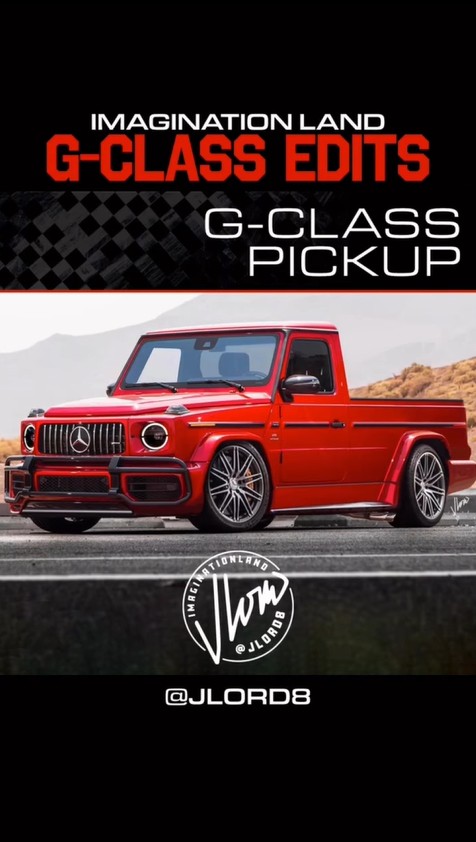 The iconic G-Wagen has been around since 1979, and it clearly had ample time to morph into all sorts of cool things: off-road vehicles (both civilian and military), Cabriolet, guardian or luxury SUVs, high-performance machines, and yes – even a pickup truck. But how about a grand touring pickup truck?

Well, that is a thing for the virtual realm, actually. So, here is Jim, the digital artist better known as jlord8 on social media, who loves both old and new cars, especially of Americana descent. But now and then, he also dabbles with something of a JDM or European descent and does it for good measure. Thus, just recently, he simply could not stay away from his beloved pickup truck series for too long but did add a completely new twist.

After seeing car-related stuff like an old-school Pontiac Firebird Trans Am Ram Air Muscle Wagon or another CGI shot at Chevy Impala SS revival greatness, he swayed back to the Sport Truck series of lore with this G-Class twist. The gist of it is simple: a quick Mercedes-Benz G-Class (most likely the AMG G 63 version) and AMG GT Coupe mashup led to the introduction of his imagined grand tourer of Ute pickup trucks.

Something that already exists in the real world is the Australia-bound Mercedes-Benz G 300 Professional, but that Ute is basically a small truck built to carry extreme loads over any type of terrain. Here, though, the gist is much simpler – this virtual G-Class Ute will only haul the most precious cargo and only across the smoothest of tarmacs, judging by the looks of it.

The latter – complete with a stanced attitude and the wide-fender atmosphere is not bad at all for a CGI Ute, right?