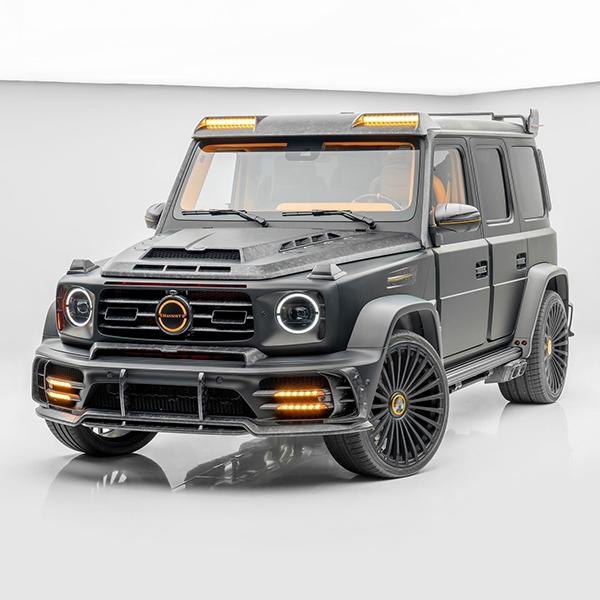 With a huge number of them out, it’s no wonder that some owners decided to make theirs a bit more special. And what better way to do that than by reaching out to various tuners to see what they have on their shelves? Numerous companies specialized in modifying all sorts of rides have answered the call, and Brabus’ name is probably the most popular.

Nonetheless, this story is about Mansory, because they stand behind the pictured Mercedes-AMG G 63, The project has been dubbed the P900, and this isn’t the first time we came face to face with it. As a matter of fact, we saw it in different finishes several times, and while we are not exactly fans of their usual builds, and by ‘we’ that would be an ‘I,’ it is hard to ignore the coolness factor behind this one. 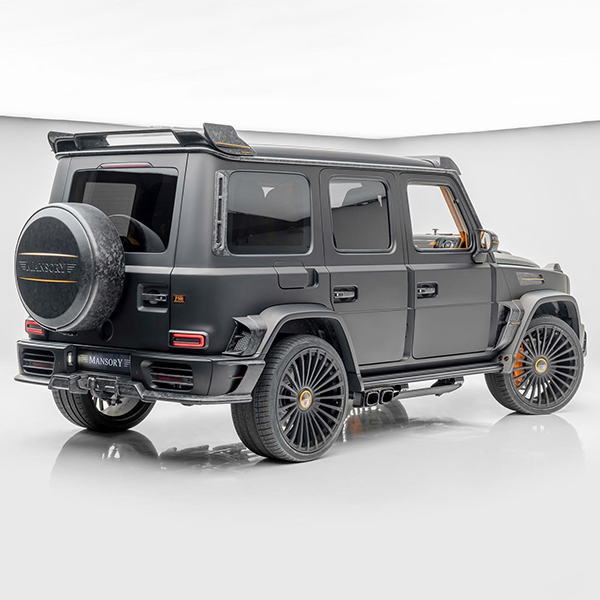 It probably has everything to do with that stealthy look that would have been compared to fighter jets until not long ago. The matte black is the dominating color on the outside, next to a few glossy black accents, and some orange details. Forged carbon is obviously included too, because it has become a must recently when it comes to tuning high-end machines.

Add-ons in the front bumper, a new grille that has no vertical slats anymore and holds the tuner’s emblem instead of the three-pointed star logo, a very bad-boy hood with lots of vents for a more look-at-me stance, fender flares at the front and rear, and tweaked bumper out back are other highlights of this G 63. 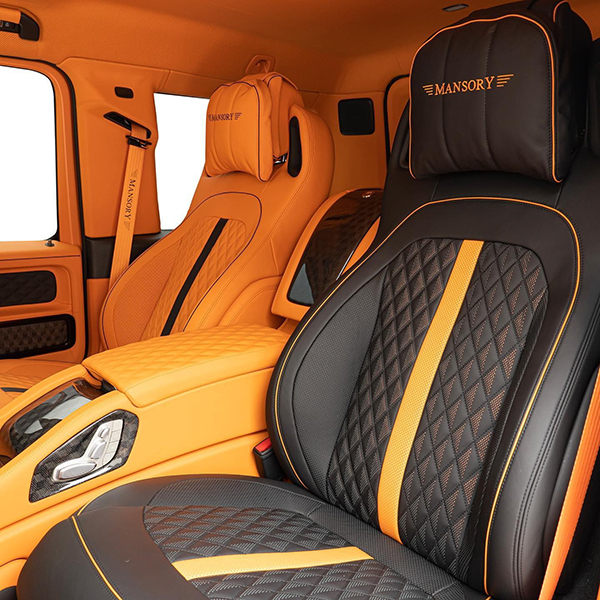 It also has an attachment above the front windscreen that holds two LED light strips, and more LEDs in the front bumper, all of which have an orange hue. Bedecked by the ‘Mansory’ logo, the wheel holder has a forged carbon look, and there is a wing attached to the roof as well. Those multi-spoke alloys, with a concave shape, black look, and Mansory center caps, wrapped in rather thin tires for what is still a potent 4×4, came from the aftermarket world, just like other bits and bobs on the outside.

Darkened rear windows provide some privacy for those sitting at the back, and compared to the rather stealthy look of the exterior, the cockpit is very lively. There is bright orange leather decorating various parts, with several black accents. Dual-tone seats, with orange and black for the driver, and black and orange for the person riding shotgun, inverted for those sitting at the back, the tuner’s logo applied to headrests, seatbelts, and steering wheel, as far as we can see, and new trim further contribute to the makeover.