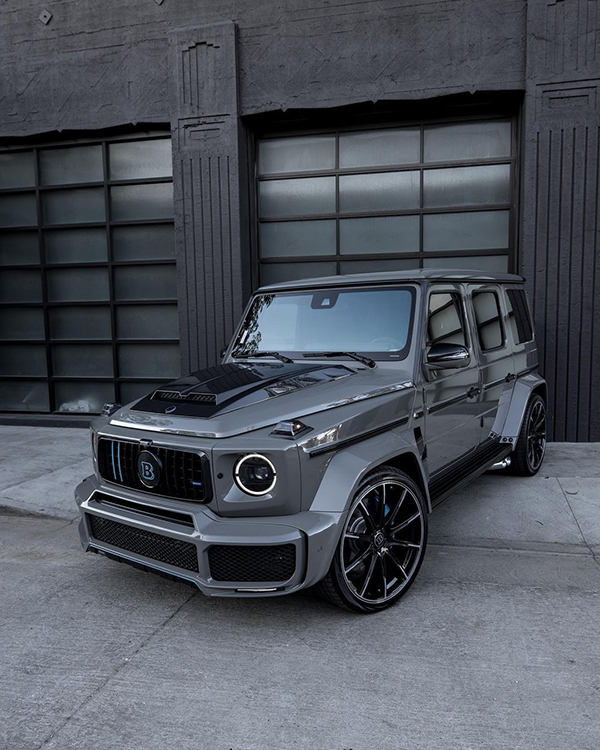 This is the story behind this tuned German 4×4, as it was gifted to one lucky woman by her husband, the Platinum Group states. The social media post enumerates some of the mods, accompanied by a few pictures of the finished project that looks ready to sit under the spotlight at a car show. 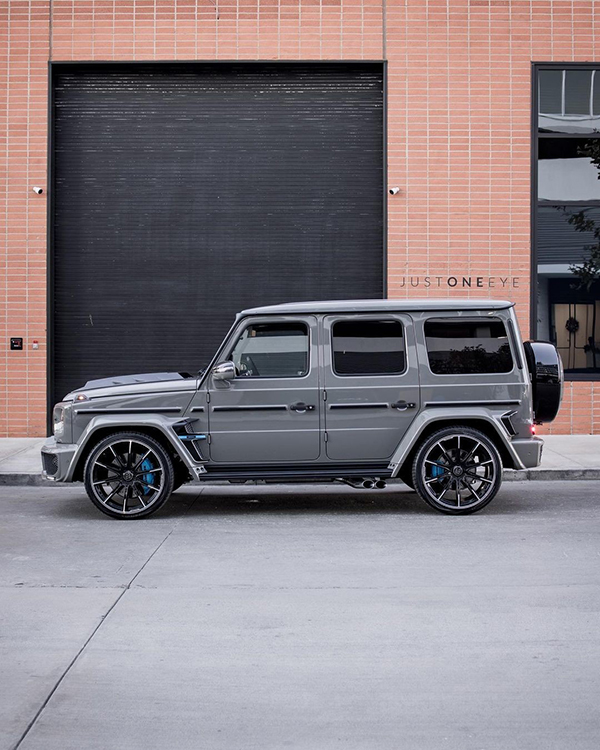 Up front, you may have noticed a big ‘B’ decorating the new grille, and it stands for ‘Brabus,’ because the famed tuner gave its signature ‘Widestar’ makeover. Changes revolve around the front and rear bumpers too, as well as the hood, which is all new and much more aggressive than the stock one, fender flares, side skirts, and several other add-ons that contribute to the vehicle’s revised attitude.

The rear wheel holder says ‘Brabus,’ and speaking of wheels, the ten-spoke set, with a bi-tone finish, has come from the aftermarket world too. The entire vehicle has an Arabian Gray look, and it is slightly contrasted by the Black and Electric Blue accents. Giving the G 63 a livelier vibe, the latter hue can be seen on several parts, including the grille slats, side vents, and brake calipers. There are also rear privacy windows that are so dark that they won’t let anyone catch a glimpse of those sitting on the rear bench (or would that be individual captain’s chairs perhaps?). 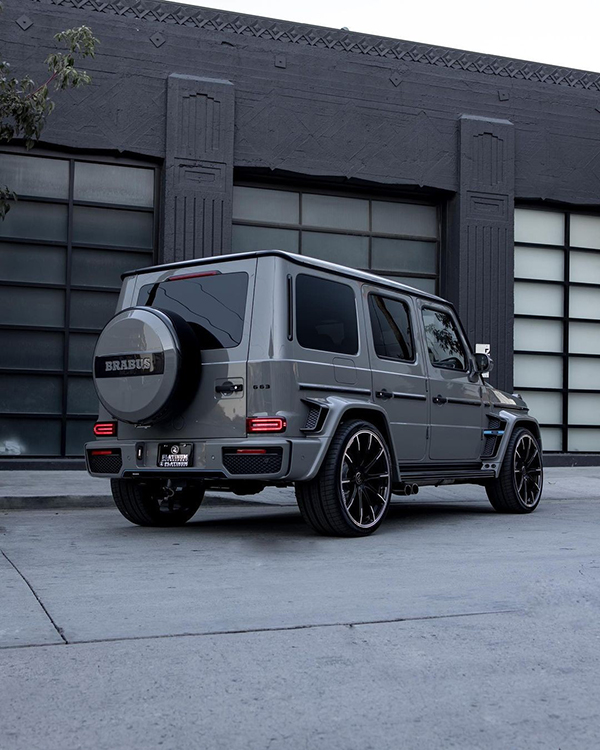 Now, the interior may not be visible at all in the pictures shared by the tuner on social media a few hours ago, but they do claim that other work was done to the SUV. This revolves around the suspension, for one, as it does sit a bit closer to the road, and is likely stiffer than stock. The soundtrack is said to have been enhanced courtesy of the new exhaust system, which also gives it a few extra ponies, though the new output and torque are unknown, as they haven’t said anything about the performance part at the time of writing.