Mercedes-Benz is set to change the game with its massive 55-inch widescreen hyperdash for the upcoming EQS. 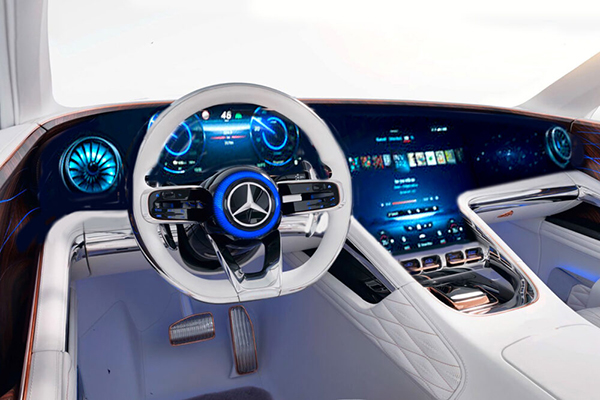 Mercedes-Benz is about to revolutionize human-to-car interaction for once and for all with this monster 55.5-inch MBUX hyperdash display in its forthcoming EQS luxury EV.

Beyond large screen, the XXL display a one-piece curved screen unit that stretches across the width of the cabin. Described as the fusion of the best digital analogue and digital features, the biggest and most intelligent screen ever to grace a Mercedes-Benz, it will feature super-computing power via an 8-core CPU with 24 GB RAM and 46.6 GB/s memory bandwidth.

The Hyperdash display houses a trio of large screens — the instruments on the driver’s side, another in the center to look after infotainment and climate needs, and a third to entertain the front-seat passenger. The latter pair feature haptic feedback and superior picture quality OLED tech. 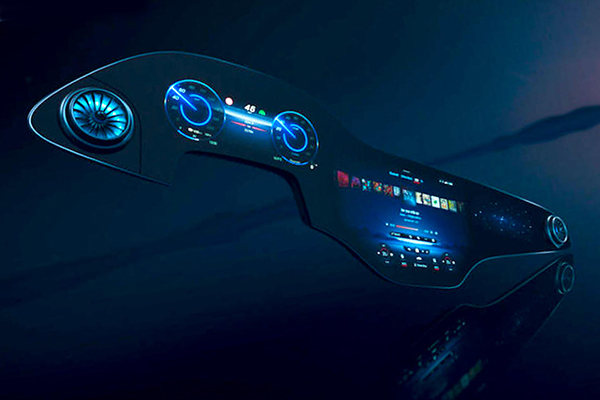 Gorilla Glass, Silver Shadow & more
The 3D-mounted Gorilla Glass curved screen is coated in a ‘Silver Shadow’ three-layer process. To ensure a high-quality surface impression, reduce reflections and make cleaning easier. Ambient lighting will cause the screen appear to float, while turbine-like air vents poke through on either end of the panel.

The Hyperdash screen is backed by an evolution of the latest S-Class Mercedes-Benz User Experience system. Artificially intelligent, it will be “radically easy to operate and extremely eager to learn.”

The latest MBUX will therefore learn your preferences and display the appropriate car functions as and when required. Its zero-layer menu avoids the need to scroll through complex sub-menus or give voice commands.

Analyzing first-generation MBUX data, Mercedes found that most owners primarily use the system’s navigation, radio, media and telephone functions. Ergo, those are now huddled in the central screen. Twenty further functions available via AI, as appropriate.

The car will for instance learn the driver’s seat heating or massaging needs and suggest those functions at times when they are usually activated. The EQS will also remember when driver last required to raise its suspension to clear obstacles via GPS coordinates. And suggest activating the feature on the driver’s return to that spot. 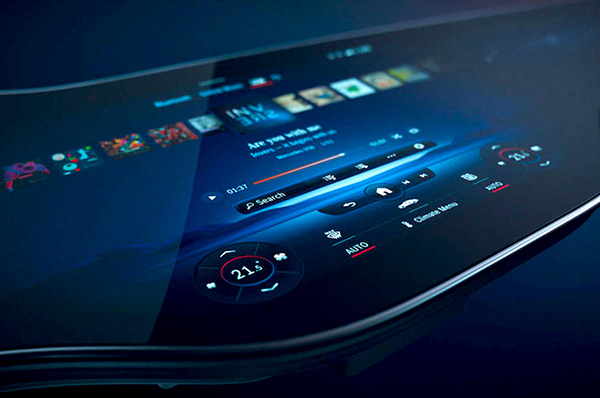 Zero-layer Hyperdash has haptic touch; OLED displays
The passenger screen meanwhile stores up to seven customisable user profiles. It also serves as an AI ‘attentive assistant’ for the various passengers, albeit in accordance to country-specific driver safety regulations. That screen defaults to a decorative animated star display when the front passenger seat is vacant.

The Hyperdash will be available as an option when the EQS saloon is launched later this year. And also likely in the EQS SU due in 2022.