The automotive market is in a strange place right now where automakers cannot built as many vehicles as they would like because of the semiconductor crisis. At the same time and as a consequence of this problem, used car prices have skyrocketed in recent months. 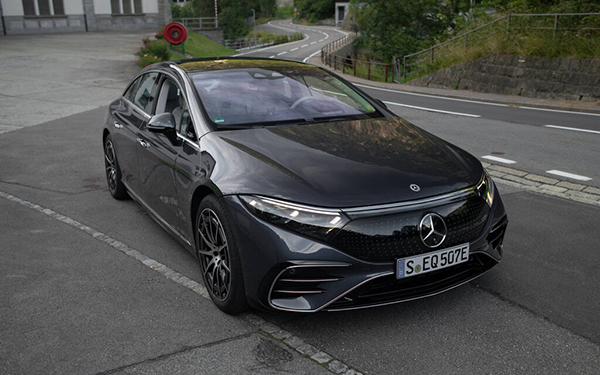 You can be sure some car dealerships are trying to profit from this situation by applying markups, and there’s little to nothing automakers can do to prevent this from happening. Sometimes, however, dealerships go way out of line as the following example proves.

Jon Rettinger, TechnoBuffalo founder and popular YouTube influencer, says something like that happened to him while shopping for a Mercedes-Benz EQS 580 4MATIC+.

In a tweet, Jon says he had approached Mercedes-Benz USA and had an EQS reserved for pickup. However, at one point the dealer notified him of a $50,000 markup on the car. Since we’re talking about a vehicle that starts at $119,110, Jon understandably backed out of the deal, refusing to pay 40% extra for nothing in return.

“The dealer called to inform me there was a $50k (not a typo) markup on the car. I passed. Infer what you will about the dealer model protecting consumers.”

He then complained about the issue to Mercedes-Benz USA and a representative replied there was nothing they could do about it as “pricing is completely up to the dealer” and the automaker is “legally not allowed to intervene.”

The reply also mentions the initial “extremely limited supply” for the EQS and that MB is “certainly not endorsing this premium.” It ends with a rather strange statement, though: “I certainly believe the car is worth it.”

The story does not end here. Rettinger went out and bought himself a Lucid Air instead, posting a photo of it in the same thread. When someone asked him if he bought one, he confirmed, promising to drop a video with his first impressions of the luxury EV sometime in January. All’s well that ends well, right?