It was only a couple of weeks ago when Mercedes unveiled the EQE and now our spies have stumbled upon a prototype depicting the spicy AMG version. Even though it’s fully camouflaged, one can easily notice the large multi-spoke wheels with a two-tone look that appear to be borrowed from the larger AMG EQS. 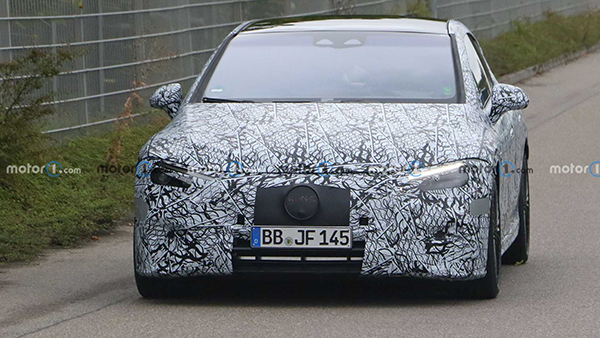 The amped-up EQE rides low to the ground on low-profile tires and hides a bigger spoiler at the back. As you may recall, the smaller dedicated electric car unveiled by Mercedes at IAA Munich at the beginning of September is a sedan whereas the EQS is a more practical five-door liftback. The latter recently spawned an AMG EQS 53 spicy flavor, and chances are the three-pointed star has a similar strategy planned for the go-faster EQE. 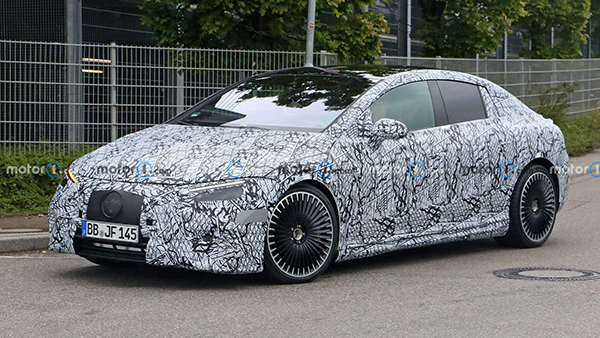 How much power will it get? While the EQE 350 has to make do with 288 horsepower (215 kilowatts) provided by a rear-mounted electric motor, the AMG variant is expected to offer a dual-motor AWD configuration. Tucked away in the press release of the standard EQE is the promise of future performance variants “with around 500 kW.” That works out to 671 horsepower, which makes perfect sense as Mercedes doesn’t want the AMG EQE to clash with the bigger and more expensive AMG EQS rated at a significantly higher 751-hp output. 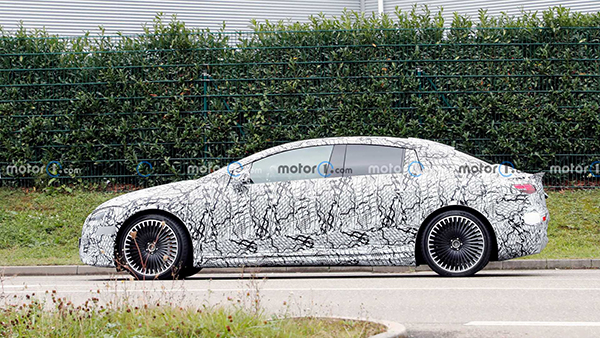 Mercedes has previously referred to the EQS as playing in a league of its own, claiming the EQE will be its direct answer to the likes of the Tesla Model S, Porsche Taycan, and Audi E-Tron GT. A hot version from Affalterbach is needed to compete with those three performance-oriented EVs, and it’ll likely arrive in 2022 seeing as how this prototype already gives the impression it’s ready to hit the assembly line. 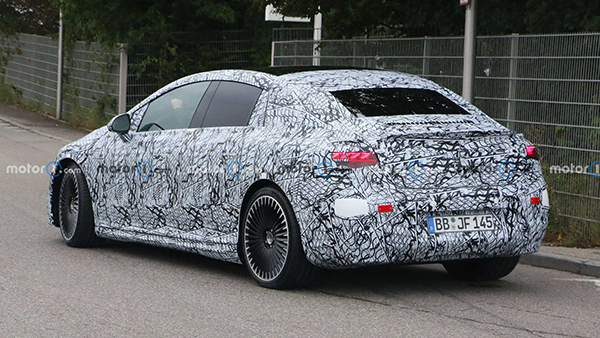 It will be interesting to see which electric Mercedes models will benefit from the full-fat AMG treatment taking into account the AMG EQS is badged as “only” a “53” model, which will likely be the case with the AMG EQE. If the three-pointed star wants to go after the Model S Plaid and its four-digit horsepower, an AMG EQE 63 seems like an obvious candidate to us.