There is a very thin line between cool and kitschy in the tuning world, but if extra character for your ride is what you are looking for, then perhaps you’re better off with an aftermarket set of wheels and a lowered ground clearance. Kind of what this Mercedes-AMG E 63 S is all about. 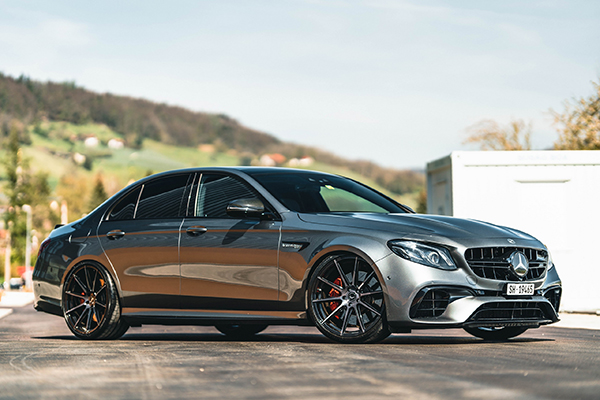 The super executive sedan is part of the pre-facelifted iteration, or the pre-Panamericana era as some might say. And it manages to combine the classy looks with an aftermarket set of wheels in an interesting manner. 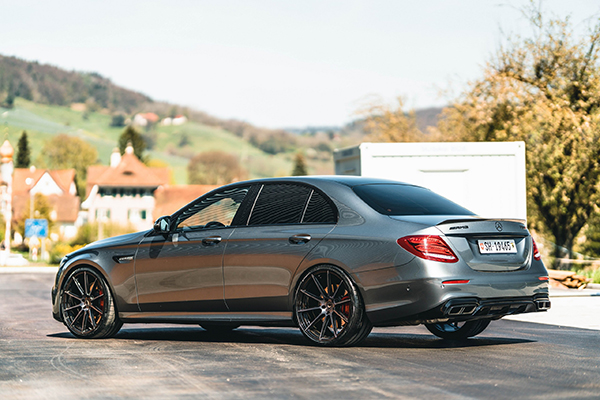 The black brushed, multi-spoke set comes from Barracuda, measures 9×21 inches at the front and 10.5×21 inches at the rear, and is shod in 265/30 and 295/25 Continental tires, respectively. The orange brake calipers add a splash of color, and the tweaked suspension, which has brought the entire body by around 40 mm (1.6 in) closer to the ground over the stock model, is where they called it a day.

It’s hard to say whether these minor changes have affected the performance of the AMG E 63 S. Nonetheless, back when it debuted, almost five years ago, it had a 300 kph (186 mph) top speed when ordered with the optional AMG Driver’s Pack, or 250 kph (155 mph) without it. The BMW M5 rival was capable of shooting from rest to 100 kph (62 mph) in just 3.3 seconds in the hotter ‘S’ guise, which boasted more oomph over the ‘regular’ model. 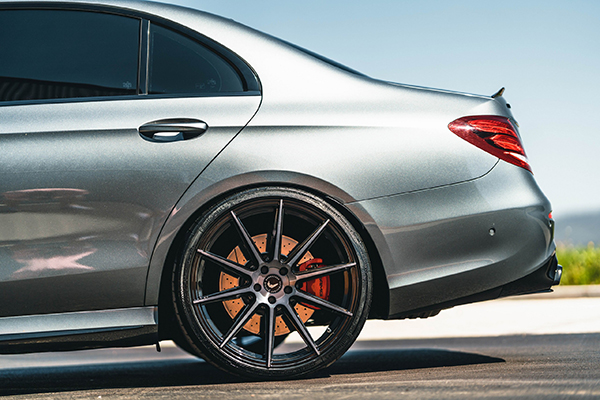 It also packs a cylinder deactivation system that turns the V8 into a four-banger in Comfort mode, between 1,000 and 3,250 revs, for a quieter and more frugal cruise.