A largely cosmetic spruce-up for 2021 adds further appeal to what was already one of the finest super saloons ever created. The Mercedes-AMG E 63 S manages to wrap genuine supercar straight-line speed and unbeatable continent-crushing pace within a refined, beautifully appointed four-door body. The looks, the noise and the option of an even more practical estate shape make the E 63 one of the great all-rounders of the automotive world. 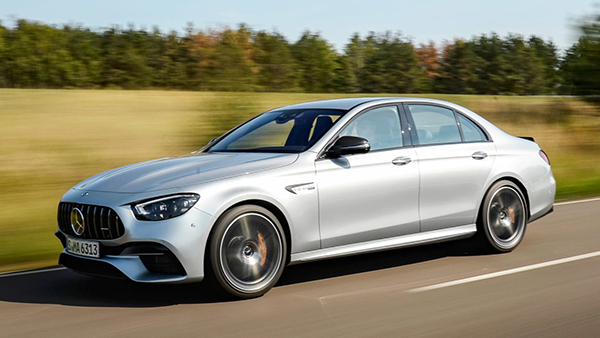 This is the new E 63 S. It’s the latest edition of Mercedes-AMG’s super saloon that’s locked in a unrelenting battle for supremacy with the BMW M5.

Picking a favourite between the AMG’s and M division’s ultimate four-doors is like choosing your favourite pizza – you might state a preference, but there really isn’t a wrong answer. For 2021, however, the E 63 gains some fresher ingredients which might make the comparison even more tasty. 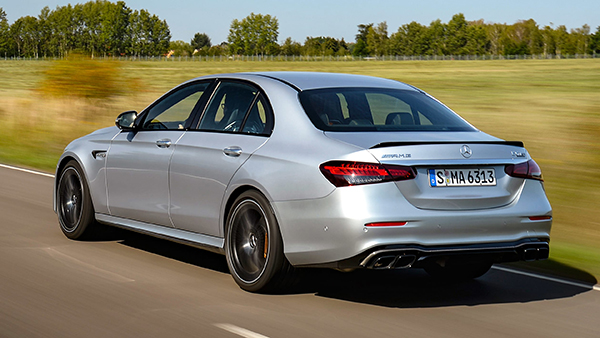 From the cosmetic side of things, the outside gets the same restyle as the rest of the E-Class range; the front gets smaller, less droopy headlamp units which flank a new upturned grille which, in AMG trim, looks more than ever like the huge front air dam on the AMG GT.

Compared to the standard E-Class, the wheel arches flare 27mm outward on each side to accommodate the E 63’s wider track. They house 20-inch alloy wheels, themselves giving enough space to equip front brake discs which measure 390mm in diameter – that’s larger than the alloy wheels fitted to an entry-level Volkswagen Polo. Carbon ceramic items are optional, and measure 402mm. 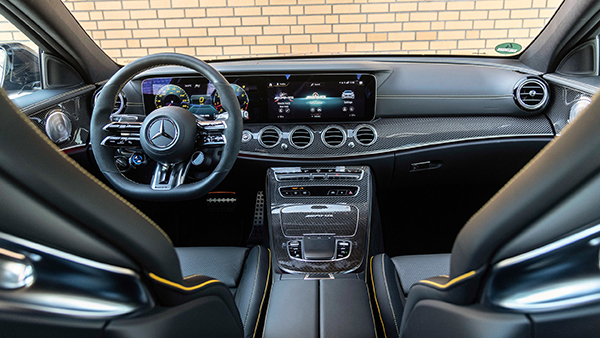 Around the back meanwhile, the new horizontal light units bring the design closer in line with the likes of the CLS and the new S-Class. AMG-specific features include a carbon fibre lip spoiler and quad squared-off tailpipes and black trim surrounds; onlookers are left in no doubt that this is the hottest E-Class money can buy.

Inside, E 63 gets the latest iteration of the brand’s MBUX infotainment setup, which is presented as a pair of 12.3-inch widescreen displays stretching across the top of the dash. The central touchscreen unit controls the infotainment functions – including the nifty augmented reality navigation system, a 360-degree parking camera and media controls for the Burmester sound system.The second display sits ahead of the driver. The digital instrument panel can be customized with a AMG-specific functions like a G-meter, lap timer, and live power and torque readouts. 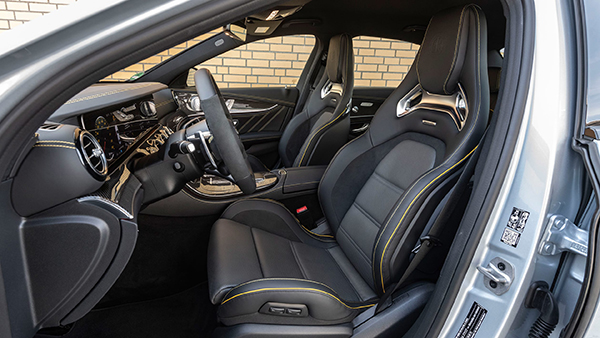 The dash is trimmed in carbon fibre panels, while almost anything else is trimmed in leather or carpet – there’s barely a single plastic surface in sight. The AMG electrically adjustable sports seats seat the driver in a low-slung sporty position and offer great side support, yet remain more than comfortable enough for long journeys.

The new steering wheel takes a leaf out of the AMG GT’s book. A pair of extra dials are added to either side of the lower spoke, which control both general driving mode settings – ranging from Comfort to Sport Plus – and specifics like the active exhaust system and adaptive dampers. The aim is to move all of the most driver specific functions to a position that negates the need for the driver to remove their hands from the steering wheel – and they feel very intuitive in practice. 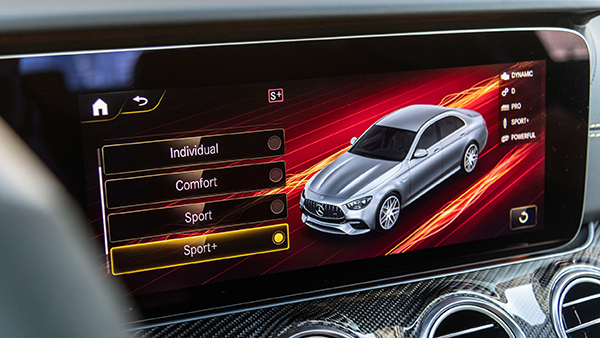 Unsurprisingly, then, the way that the E 63 accelerates is just as devastating as ever. Officially, it’ll cover the 0-62mph time in a scarcely believable 3.4 seconds and onto a limited 186mph top speed. The M5 Competition pips both of those figures – by just one tenth and 4mph (the latter again dictated by a speed limiter), but the Mercedes is a clear winner when it comes to character. The noise is pure muscle car with the deep gargling tone at low revs grows into a full-bodied bellow towards the red line. 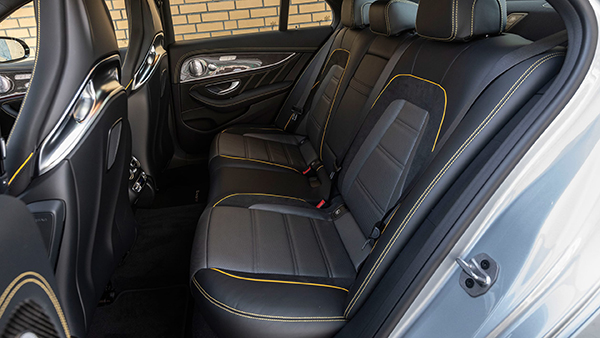 And the fun doesn’t stop on the straights. Grip levels are immense and the stability is largely unflappable, yet the E 63 is no blunt instrument. The steering retains a detailed level of feedback and is both well-weighted and precise. The neutral chassis balance and seemingly limitless traction allow you to exploit that huge shove almost anywhere; slingshotting you out of one corner and relentlessly towards the horizon.

Thanks to a recalibration of the adaptive suspension system, Mercedes-AMG says that the E 63 S now offers a broader spread between its most comfortable and most focused settings. In practice, the changes are still very subtle: all three rates of response feel firm at low speeds – though never uncomfortable – but keep the car’s mass well under control when pushing on. At high speeds, this translates into brilliant stability at motorway speeds and well beyond.

The AMG E 63 S is available in a single Night Edition Premium Plus trim level, with prices starting at £98,370 for the saloon. As before, there’s also an estate version: at £100,370, it’s pretty much a match for the saloon on performance terms (give or take a couple of miles per hour at the top end) while offering a vast 640-litre boot – up from the saloon’s already generous 540-litre load space.