We’d say Brabus is at it again, but the German uber-tuner never really seems to stop. The Brabus 900 transforms the already-beefy 2022 Mercedes-AMG E 63 S into a 900-horsepower supersedan capable of hitting 60 mph in 3.0 seconds. 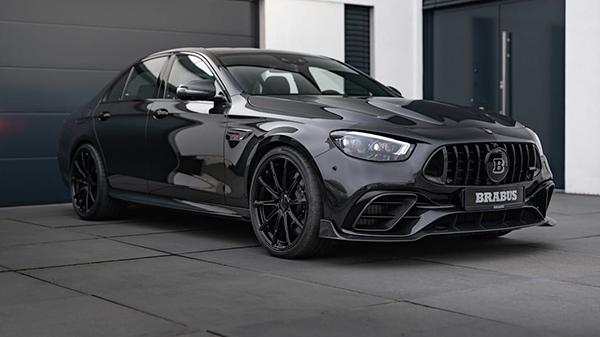 The E 63 S may be a luxury four-door, but 900 horsepower is 900 horsepower, plus it’s accompanied by 774 pound-feet of torque. Brabus accomplished this by punching the motor out to 4.5 liters via an increased bore (now 84 mm) and lengthened stroke (now 100 mm), then overhauling the induction system with two up-sized turbochargers for additional boost. Brabus says it’ll do 0-62 mph in 2.8 seconds on the way to a tire-limited top speed of 205. To keep all of that adhered to the ground required some aerodynamic modifications. Naturally, this gave Brabus carte blanche to break out the carbon fiber and go to town. The result is surprisingly well-integrated. 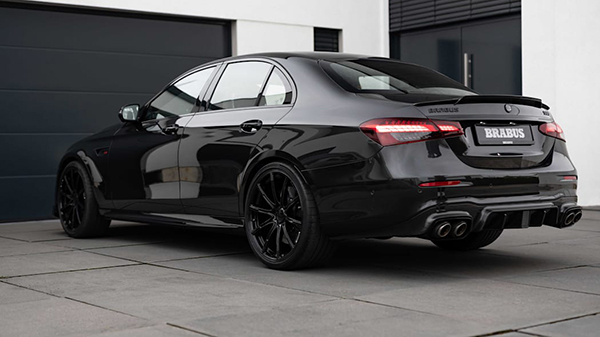 “In order to combine these speeds with maximum handling stability, the Brabus designers went into the wind tunnel to develop exposed-carbon aerodynamic enhancement components that generate additional downforce,” the tuner said in its announcement. The single-piece 21-inch wheels lack the ostentation of the big rollers on the Brabus 800, but they look the part of a performance offering. Brabus said the E 63’s standard air suspension system was modified for a lower stance. 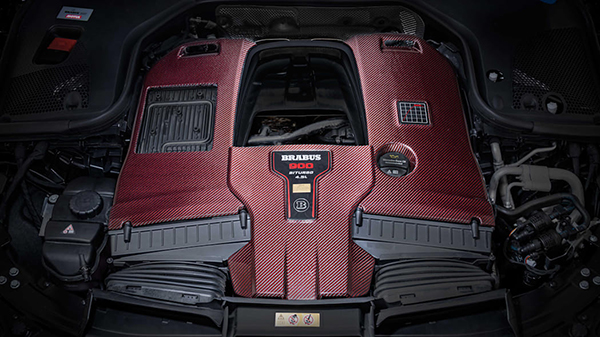 Brabus styling tends to be a bit polarizing, but we’re pleased to report that the 900 is on the tamer side. Don’t get us wrong; it’s certainly not subtle, but even next to the spectacle put on by the GLE-based Brabus 800 and its giant monoblock-style wheels, the sedan-based 900’s styling is borderline sedate.