While the upcoming C 63 has been confirmed with an electrified four-pot, its bigger sibling, the 2021 Mercedes-AMG E 63, soldiers on with the sonorous V8. In the ultimate S configuration, the executive super sedan has rides such as the BMW M5 CS in its sights, and it is a track animal disguised as a businessman’s daily.

With the standard Drift Mode engaged, because it may be big and brawny, but it’s also very agile, it can go sideways for as long as the driver wants it to, with the thrust directed to the rear wheels. It also has the Affalterbach brand’s Ride Control+ suspension with adjustable dampers in one of the three settings available, named the Comfort, Sport, and Sport+. 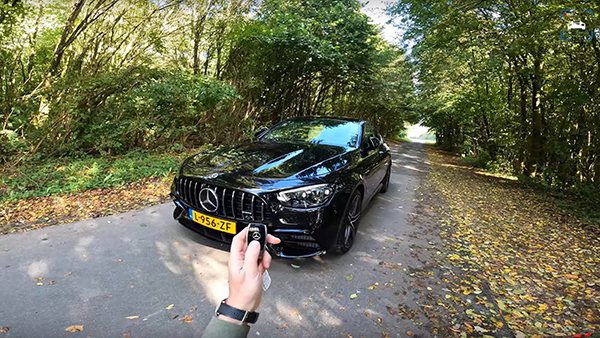 Performance is pretty much on par with previous generation supercars, with the 0-62 mph (0-100 kph) sprint taking only 3.4 seconds. Find a long straight, and the digital speedometer will eventually indicate 186 mph (300 kph).

Now, it’s one thing to read about the facelifted AMG E 63 and a totally different thing to experience it. But since most petrolheads cannot do that, they can still get a taste of what it feels like to sit behind the wheel of the S model.

That is where videos such as the one shared at the bottom of the page come in, as it puts the spotlight on the monstrous sedan and its incredible performance, not to mention the V8 symphony and very lively rear end. So, if you were looking to take a short break, then you know what to do next.