Mercedes has revealed prices for the facelifted version of the AMG E 63 S. It’s on sale in the UK now, starting from £98,370 for the saloon and £100,370 for the estate. First deliveries are expected to arrive during Autumn this year. 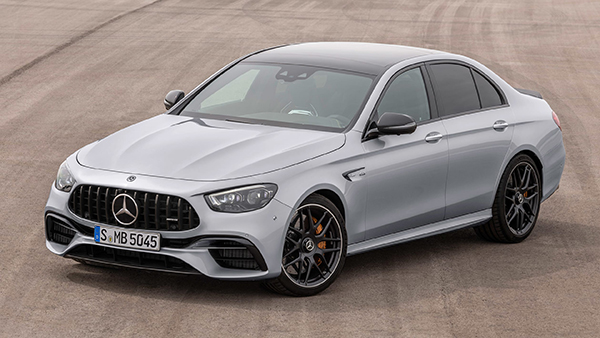 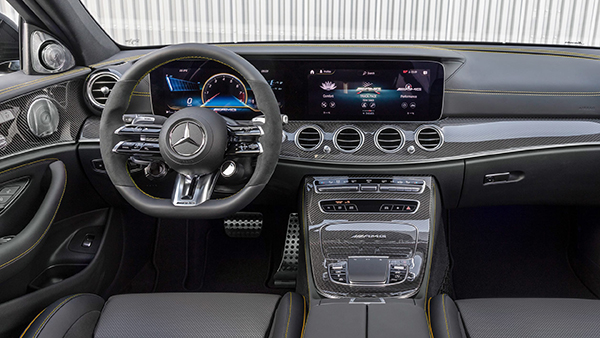 Inside, there’s a new sports steering wheel, an LED ambient lighting system and a pair of AMG-branded sports seats. Mercedes has also fitted an updated version of its MBUX dual-screen infotainment system, which features a pair of 12.3-inch screens – one for the gauge cluster and one for the car’s media and navigation.

As this is the flagship model, optional extras are few and far between – although Mercedes’s does offer a choice of interior upholstery finishes and an extensive colour palette, which includes a range of metallic and satin options. Prices for the extended colour finishes start at £685 and climb to £1,795. 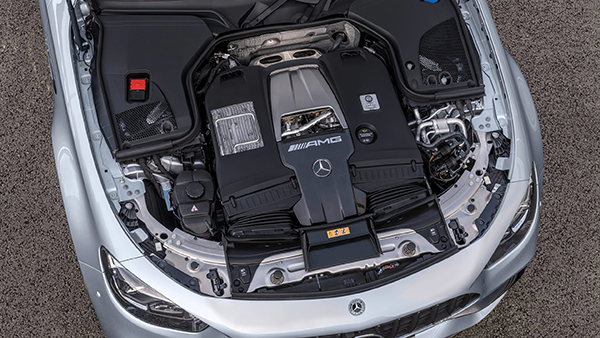 Facelifted Mercedes-AMG E 63 S: engine and drivetrain
The updated AMG E 63 S is powered by the same twin-turbocharged 4.0-litre V8 engine as the outgoing model, which has an output of 604bhp and 850Nm of torque – enough to give the saloon a 0–62mph time of 3.4 seconds and a top speed of 186mph. However, the estate model is slightly slower, with a 0–62mph time of 3.5 seconds and a 180mph top speed.

European buyers are also offered a detuned version of the same engine, with 563bhp and 750Nm of torque. The less potent powertrain gives the saloon a 0–62mph time of 3.5 seconds and a top speed of 155mph. The estate shares the same top speed but, again, it’s 0.1 seconds slower to 62mph.

Both engines send their power through a nine-speed automatic gearbox to all four wheels and, like the pre-facelift model, both come with a “Drift Mode” which directs 100 percent of the engine’s power to the rear wheels. 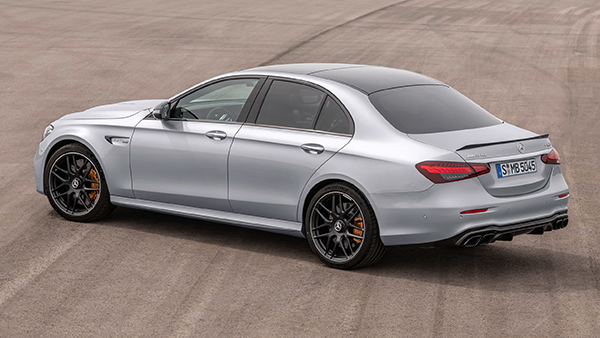 Facelifted Mercedes-AMG E 63 S: chassis and safety technology
Like the old car, there’s a comprehensive arsenal of clever chassis technology to help put all that power down. Upgrades over the standard E-Class include adaptive air suspension, enormous vented and drilled disc brakes and a limited-slip differential for the rear axle.

Mercedes has also fitted a sophisticated three-stage traction control system and dynamic engine mounts, which can vary their rigidity according to the amount of load the engine is under. Finally, for the track day enthusiast, there’s an optional carbon ceramic brake package. 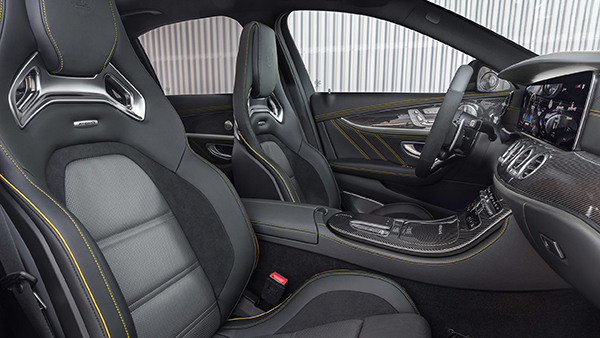 The facelift has brought a few extra driver assistance systems to the E 63, too. There’s an updated version of the previous model’s semi-autonomous driving system, which no longer requires the driver to wiggle the wheel to notify the system that they’re paying attention to the road. The new steering wheel is capacitive – so gripping it will provide enough feedback.

Buyers also get Mercedes’s Active Speed Limit Assist system, which can automatically adjust the car’s cruise control according to traffic signs, corners and junctions. The new E 63 will source traffic data online and decelerate the car in anticipation of jams ahead, even before the car’s radar can see them.