On a conference call with journalists, Director of Vehicle Development at Mercedes-AMG Drummond Jacoy revealed some interesting details about the recently revealed 2021 Mercedes-AMG E 63 S. Among them was the fact that Mercedes could make the luxury sports sedan and wagon more powerful, but the company is keeping the highest-output version of the twin-turbo 4.0-liter V8 exclusive to the Mercedes-AMG GT 63 S. 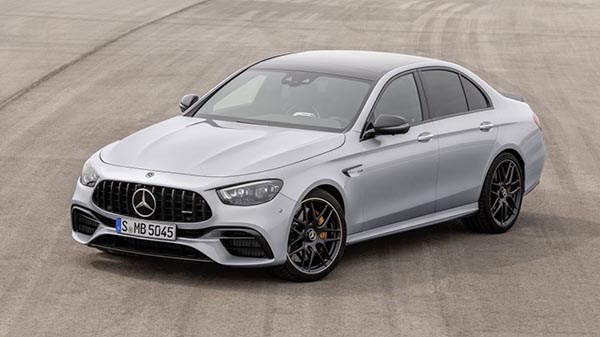 It’s understandable that Mercedes would want to ensure that an AMG-specific model was at the top of the power hierarchy. That being said, it’s a little sad to learn that an even wilder 630-horsepower AMG E 63 S wagon could exist, but must defer to another model. Still, 603 horsepower and 627 pound-feet of torque are more than enough to have fun, and it’s more power and torque than either the Audi RS 6 Avant and BMW M5 have. The M5 Competition, however, beats the AMG E 63 S by 14 horsepower although it has significantly less torque. 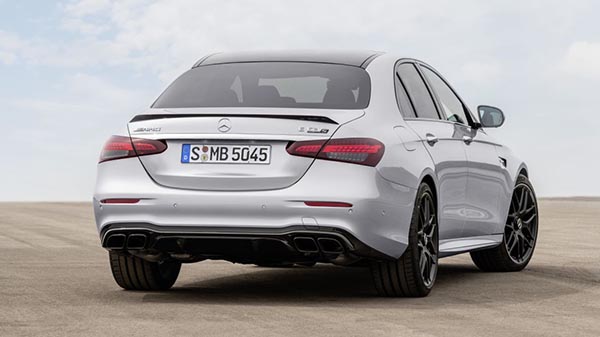 Another interesting detail Jacoy shared was why the E 63 S’s twin-turbo V8 hasn’t yet been paired with a 48-volt mild-hybrid assist system like other recent AMG models. He revealed that there isn’t room in the engine bay to combine it with the equipment for that system. Certainly, the small fuel economy gains associated with a mild-hybrid assist and its more advanced start-stop system aren’t much of a selling point on a 600-horsepower sedan, but every gain is welcome. Adding such a system could also support an electrically driven turbocharger, as Mercedes is already using on some of its straight-six engines, which could reduce lag and improve performance. We wouldn’t be surprised if the company is already preparing its next-generation V8 AMG E-Class models to take advantage of this technology, though, particularly as Mercedes is collaborating with Garrett to make larger, more powerful electric turbos for future engines.