There’s much to like about the Mercedes-AMG E 53 Cabriolet. Roof up or down, it’s a brilliant long-distance cruiser, the interior is flawless, and the latest batch of updates introduced for 2021 keep the in-car tech feeling as fresh as anything else on the market. However, the same could be said of the E 400 d, and that feels faster in the real world while using less fuel. It’s cheaper, too. Unless that AMG badge is a deal-breaker, we’d save some cash and go for the diesel instead. 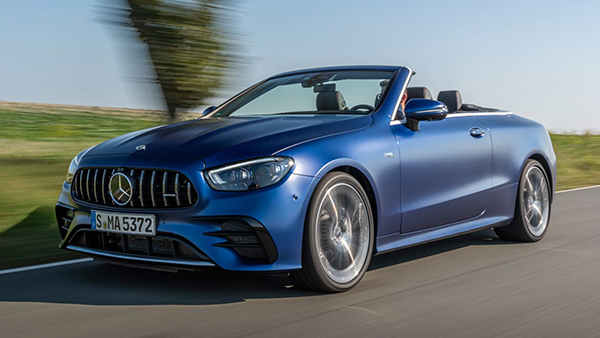 This is the Mercedes-AMG E 53 Cabriolet. Newly refreshed for 2021, as before it represents the most performance-focused version of the two-door E-Class line-up – the fire-breathing V8 E 63 once again won’t be offered for either the Cabriolet driven here, or the Coupe.

The E 53 seems to float about in an area of the market with no direct rivals: BMW’s Convertibles are either smaller (4 Series) or grander (8 Series) while Audi’s closest rival is the S5, which sits in a class the size below. 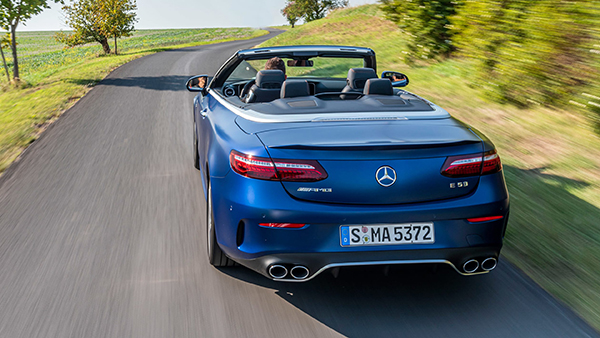 A host of mid-life updates introduce a range of changes to the E 53’s in-car tech and styling. The E 53 is the toughest-looking E-Class Cabriolet available to buyers; the AMG bumper is largely similar to the pre-facelift cars, but the upturned ‘Panamericana’ grille, complemented by new, smaller headlamp units, makes the latest version appear fresher and more menacing than ever. Little has changed at the back, but the quad tailpipes hint at the performance credentials.

Inside, the cabin remains as luxurious and as flawless as ever, but now benefits from Mercedes’s latest iteration of its MBUX infotainment system. The introduction of touchscreen functionality, sharper graphics and clever augmented reality navigation instructions means keeps the tech bang up to date. 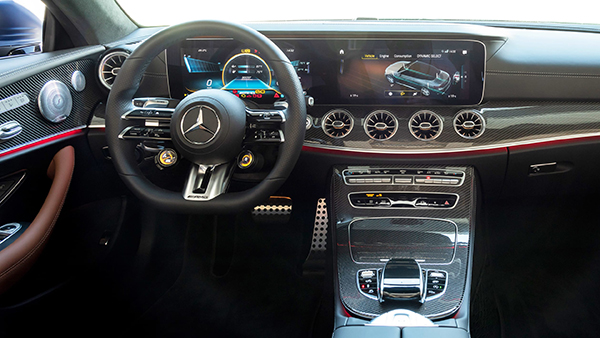 The other significant change inside comes right ahead of the driver. The new steering wheel features touch-sensitive controls; the multitude of little logos scattered across the wheel might seem counterintuitive at first, but the twin spoke design helps to locate specific functions onto separate spokes – cruises control is to the bottom left spoke, the main infotainment screen is on the top right, etc – so it takes little time to get the hang of it.

Unique to the AMG models are a pair of extra round dials hanging just beneath the wheel’s centre boss. These give the driver quick access to driving modes – the one on the right scrolls through Comfort, Sport, Sport Plus and Individual settings, while the left hand dial dictates specifics, like the response of the damping and the volume of the active exhaust – the creamy notes of which are all the more accessible thanks to that open top. 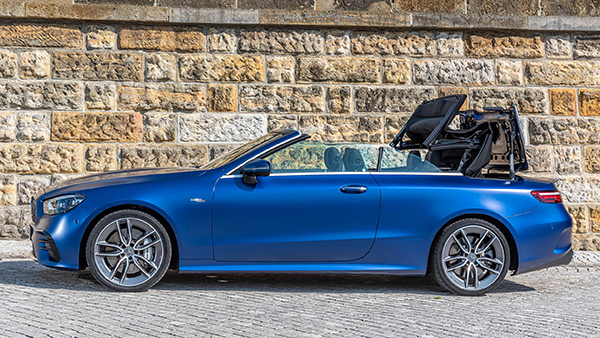 That exhaust pipe tunes from a 3.0-litre turbocharged straight six engine, which is boosted by a 48-volt mild hybrid system. By recovering energy that would otherwise be wasted under deceleration, the ‘EQ-Boost’ tech can then deploy up to 22bhp and 250Nm to take load off the combustion engine. And with that petrol unit producing 429bhp on its own, it means that the E 53 can cover the 0-62mph dash in 4.6 seconds.

Despite that AMG badge, it doesn’t take long to realise that the E 53 is very much a car set up for cruising rather than outright performance. The E 53 Cabriolet weighs in at over two tonnes, so agility was never going to be a strong point. Grip is plentiful though, and the handling is predictable and surefooted. 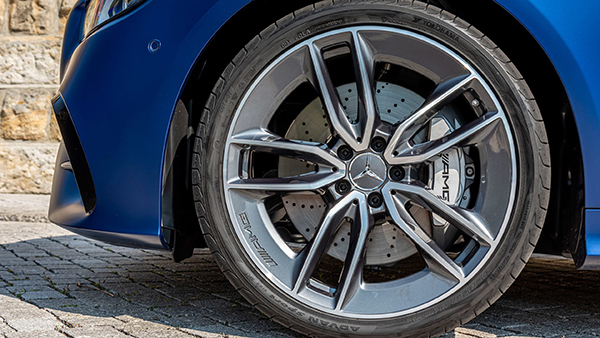 The adaptive suspension setup doesn’t offer much of a difference between its firmest and softest settings – certainly not the night and day difference found in the Alfa Romeo Giulia Quadrifoglio, for example. Across some very uneven roads, the ride can fidget somewhat, and with the roof down it results in just a hint of shake around the A-pillars.

But at higher speeds, the ride settles down to reveal a brilliant long distance cruiser. Comfort and stability at motorway speeds are excellent, even the roof down. A pop-up wind deflector helps here – driving on the German autobahn at speeds beyond the UK national limit, buffeting inside the cabin still remains minimal. 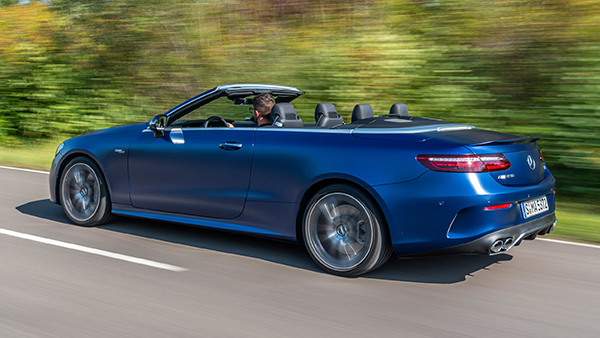 So it sounds like the E 53 is a no-brainer for those in the market for a continent-crusher then? Well, not quite. The problem is that Mercedes already makes a brilliant, open top E-Class: the E 400 d. It manages to deliver on all of the positives of the E 53, yet actually outperforms it in some areas.

First, there’s the performance, while the diesel unit’s 326bhp output is 103bhp down on the E 53 on paper, it compensates with a thumping 700NM of torque. That’s a whopping 180Nm more than the AMG at a peak that arrives barely above tickover. Even with the extra occasional electric boost, you need to extend the E 53 right to the upper ends of its rev range otherwise it just doesn’t feel as strong in the real world. 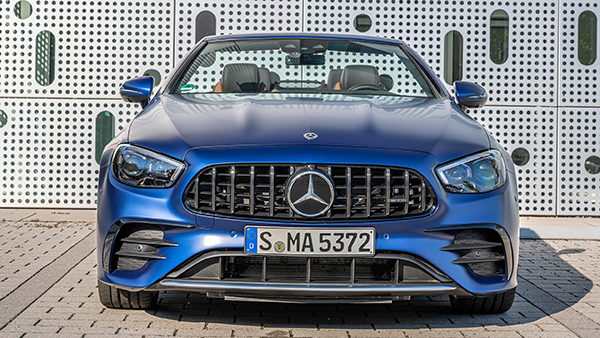 That diesel is cheaper to run, too. In official tests it drives 33 per cent further on a gallon of fuel, and emits 30g/km less of CO2 doing so (though the latter number is academic, as both sit in the top 37 percent Benefit in Kind band anyway.)

And then, there’s the price. The E53 Cabriolet costs from £70,610 in Premium Trim – if you’d prefer a solid roof, the Coupe starts at £66,060 – that’s over eight grand more than the E 400 d. Unless you really want the tougher AMG styling and a slightly more tuneful soundtrack, it’s hard to look past the diesel.