Anyone who’s ever been involved with a classic car knows very well that rust is among the worst enemies of an automobile. But what about specifically making your car seem rusty and claiming the reddish brown looks as an integral part of the design? Well, here’s a 1972 Mercedes Coupe that does exactly that.

Owning a classic car is always a special experience that comes with the territory. Some love classics for the connection with a distant past, some like them as a hobby, others even make huge profits when collectibles are involved. But how about customizing a classic car to look as if eaten up by the dreaded iron oxide? 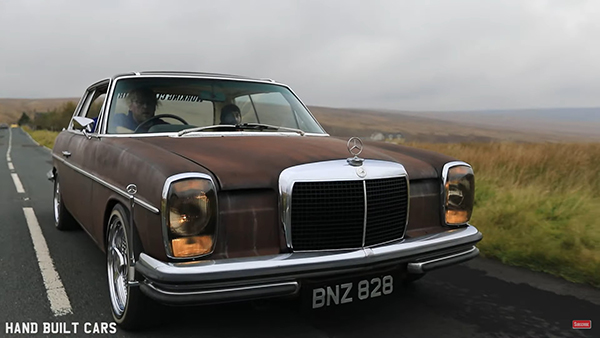 And what better way to showcase the “rough but not rotten” looks than on a Mercedes-Benz from the 1970s, back when its cars were the essence of automotive indestructibility. What we’re dealing here with is a 1972 example (the owner claims the car to be two weeks younger than himself!) of the W/C 114 generation of the flagship series that went on to become the S-Class.

It would have been a head-turner in its original, bright yellow color, but after six or seven owners and almost 50 years on the road, the 280 CE Coupe came in the hands of someone who thought rust and cars will go together like a charm. 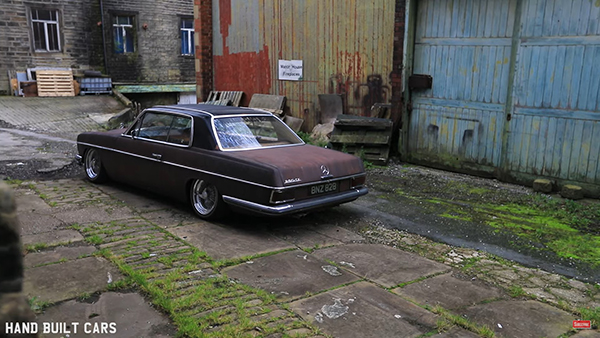 Apparently, the decision to buy such a model – coming from someone who loves cars but mostly owned Fords – was triggered by the passion for a particular element: the vertical headlights. Found on eBay, the 1972 280 CE sports a minimum set of modifications, though all of them combine for an eerie effect. That’s because the rusty paintwork is joined by a custom exhaust and a low-rider stance.

All in all, this bagged Mercedes is a far cry from the usual crop of models from the era, and we’re not entirely sure it would be up to the same task as the most recent example we saw, a 1984 280 CE that went out on the Autobahn in search of 200+ kph (124+ mph) glory!