Germany’s Autobahn is a dream for us petrolheads. Its unrestricted sections allow cars to stretch their legs on a public road, making them a favorite spot to do top speed runs that we’ve featured here. 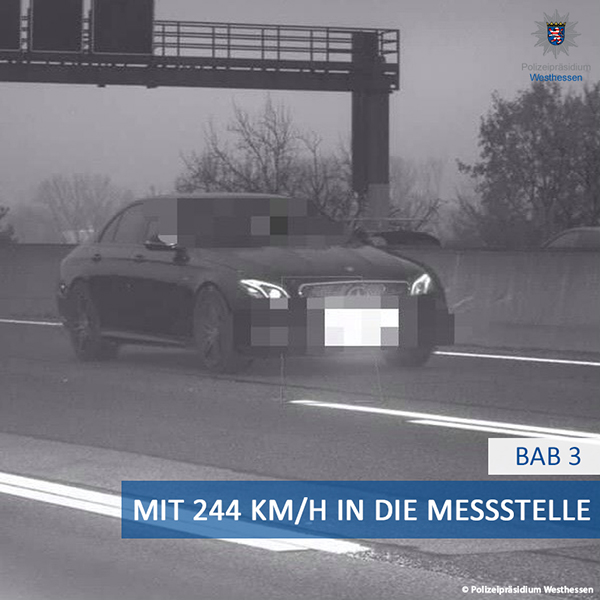 This Mercedes-Benz, however, seems to be out of place. Caught on camera by the police force and posted over at the agency’s Facebook page, the Mercedes E-Class, which we presume to be an AMG E53, has reached 244 kilometers per hour or 152 miles per hour.

The problem is, this image was captured on a road with a current speed limit of 80 km/h (50 mph) due to a construction site. This means that the Mercedes ran three times the speed limit on that section of the thoroughfare, which was absolutely insane if you ask us.

As the German police have pointed out, moving at this speed on a public road poses a great deal of hazard to other road users’ safety, most especially given the construction site that’s close in proximity.

The police are currently investigating the matter but disclosed that the incident won’t be a simple administrative offense. Rather, it will be a criminal one that’s classified under illegal street racing. In case you’re confused, Germany includes unauthorized “street races” that involve only a single vehicle as a criminal act.

As such, the driver of this Mercedes is facing penalties that are more than just for speeding fines. Apart from a heavy fine and the revocation of the driver’s license, the offender could also face a prison sentence, at worst.