It was a month ago when our spies got up close and personal with a barely camouflaged prototype of the 2021 Mercedes-AMG E63 wagon and now they’ve stumbled upon a sedan. This one too barely has any disguise, with only the front bumper as well as the badges still hiding under covers. The reshaped headlights are fully visible, as are the wider taillights featuring new graphics lending the high-performance sedan a fresh look. 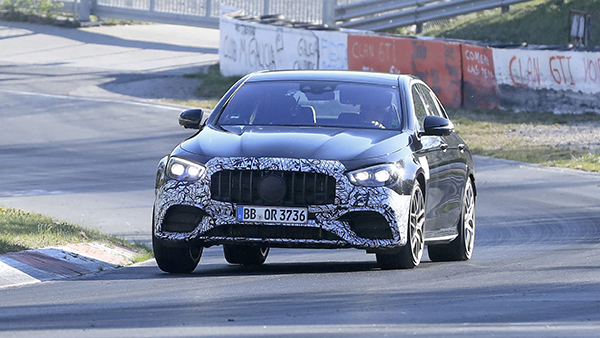 Caught at the Nürburgring, the top dog in the E-Class family is finally switching to the Panamericana grille. Bear in mind it has already debuted on an AMG E-Class taking into account the mid-cycle update for the warm E53 model brought the shiny new aggressive grille with vertical slats. While the bumpers don’t look that much different, we are noticing the exhaust system has been slightly modified as the dual tips are now separated rather than being housed in the same exhaust finisher. 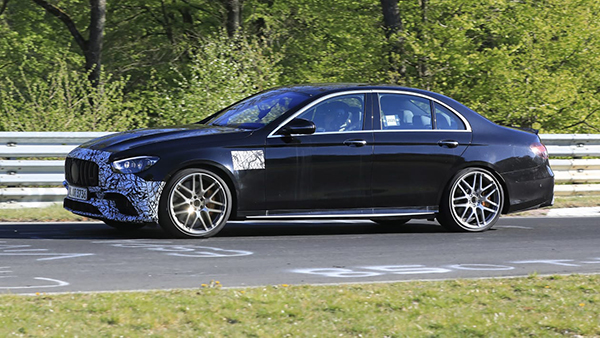 It goes without saying the interior changes will be largely the same ones implemented already in the lesser E-Class models, but with the obvious upgrades reserved to the range-topping E63 model. By far the most notable revision will be the infotainment system, namely the implementation of the MBUX setup introduced about two years ago on the A-Class. 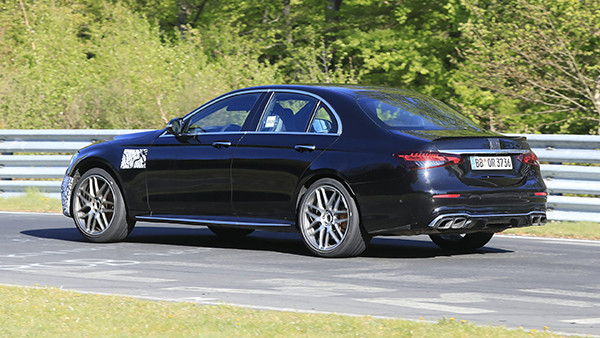 Mercedes hasn’t said a word about any potential tweaks to the twin-turbo 4.0-liter V8 engine, which makes 603 horsepower and 627 pound-feet (850 Newton-meters) in the E63 S. All that Affalterbach muscle is sent to all four wheels courtesy of the 4Matic+ system, but there’s a drift mode that turns the BMW M5 rival into a genuine RWD machine. 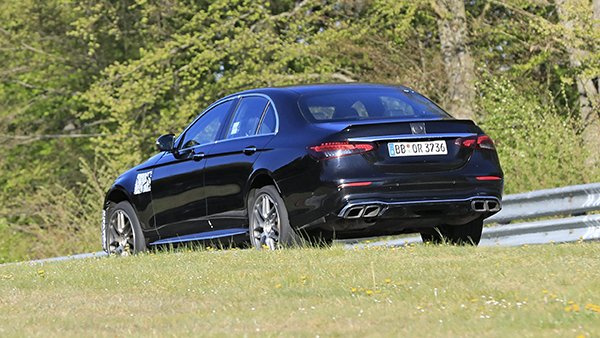 An official reveal has been confirmed to take place towards the end of the month, so look for the E63 facelift to debut in the coming days in both sedan and wagon flavors. The coupe and cabriolet models should follow later this year with the same array of updates.