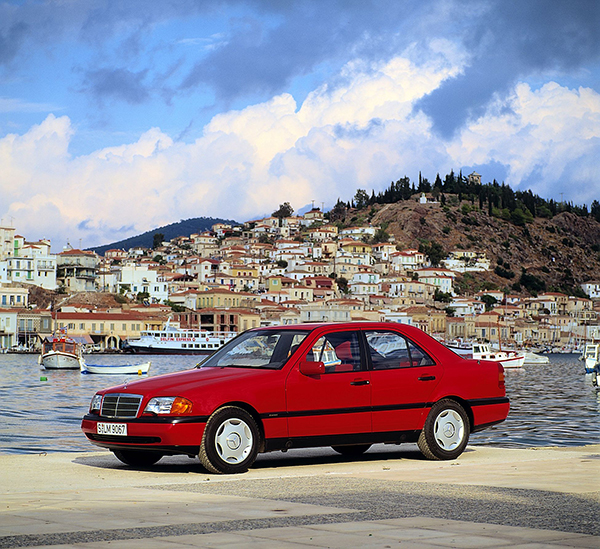 The range of petrol engines was very generous and catered to all tastes, from 4-cylinder naturally aspirated or supercharged engines with mechanical compressor to V6 or inline 6-cylinder engines, all equipped with petrol injection. Only one 4-cylinder version was sold in the U.S.: C 220 with 150 ps (148 hp) and 210 Nm (155 lb ft) 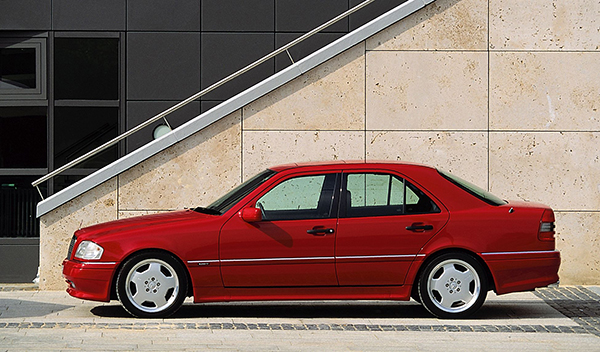 In 1995 when the W210 E-Class was launched, Mercedes-Benz made a curious decision and dropped the inline 6-cylinder engines in favor of the V6 configuration. So for the facelift, the inline 6-cylinder engine was replaced by a V6 of the same displacement. Also, in the 1996 facelift, the C 220 was replaced by the C 230, which had the same 150 hp/148 hp but 10 Nm/ 7 lb ft more torque.

The Mercedes-Benz C-Class W202 range was also the first to have an AMG model. Mercedes-Benz needed to launch a rival for the BMW M3 because, in November 1992, BMW launched the second generation M3, which also received a limousine version in December 1994, equipped with a 3-liter, 286 ps/282 hp inline 6-cylinder engine. 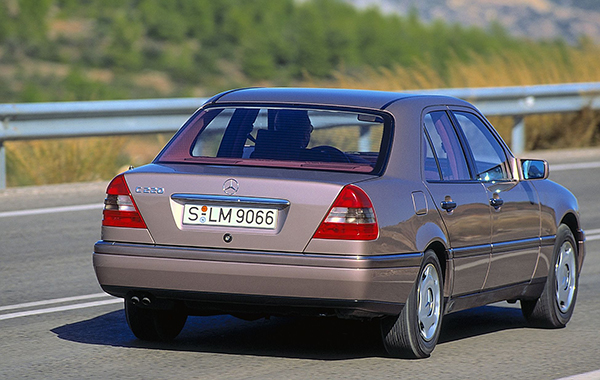 But the Mercedes C 36 AMG wasn’t an accurate AMG model, and its production was very complex. The AMG division took a C 280, disassembled it at the Affalterbach plant, and fitted the engine, exhaust, suspension, and body kit. The tradition of assembling the engine by hand dates back to then.

The U.S. is the world’s largest classic car market, estimated to be worth USD 14-15 billion in 2020 and is forecast by Statista to reach USD 18.77 billion in 2024. According to U.S. legislation, classic cars divide into several categories: Classic, Antique, Historical, and Vintage. The specifications of these categories differ from state to state, but generally, the Antique category designates cars between 25 and 40 years old in which the C-Class W202 fits.