Mercedes-Benz has been testing the new C-Class all year, and it looks like the covers are ready to come off. This executive sedan has just been spotted testing with minimal camo and production paint, which usually indicates the official debut is imminent.

During a normal year, we’d be talking about the Detroit Auto Show and how the 2022 C-Class looks likely to debut there. But motor shows are dropping in popularity, and we obviously can’t all gather together in the tens of thousands right now. 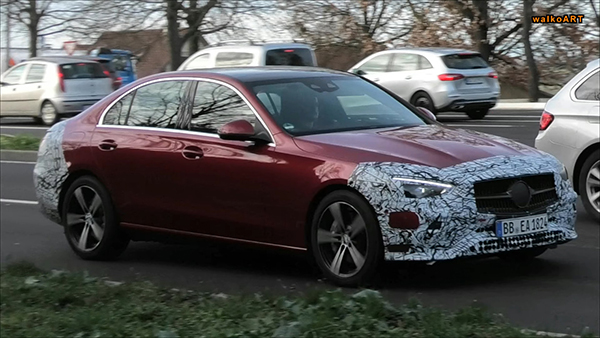 So, instead, Mercedes will probably do a web debut in Germany next month. The European models will be shown first, likely all equipped with mild-hybrid or plug-in engines. By next summer (the 2022 model year), we should also have this sedan in American dealerships, ready to go head-to-head with the BMW 3 Series and the refreshed Genesis G70. 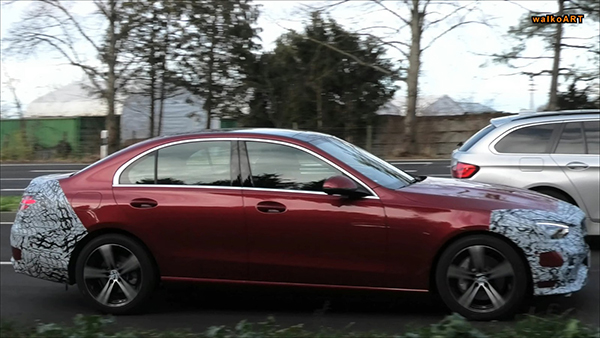 German spotter Walko has managed to capture some pretty crisp 4K spy footage of the red sedan prototype testing near Stuttgart. It has a normal spec that strikes a decent balance between elegance and sportiness. Where the 3 Series is a bit aggressive, the C-Class seems to be happy as a mini S-Class, an executive cruiser with luxury features. 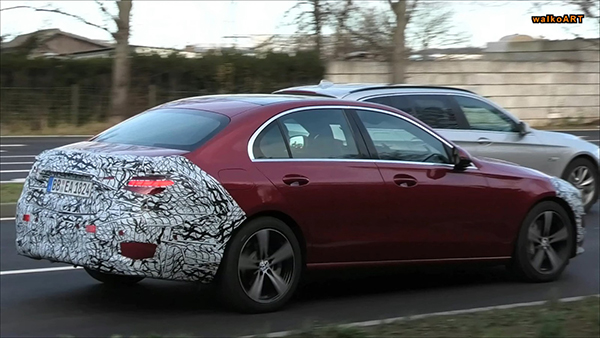 The similarities to the flagship model are undeniable. It’s got the same long, triangle-shaped taillights and a general lack of strong lines. We also expect it to be a little longer than before. As for the rest of the range, Mercedes is said to discontinue both the C-Class coupe and cabriolet. And while the wagon version has recently been spotted, this is unlikely to be offered Stateside. 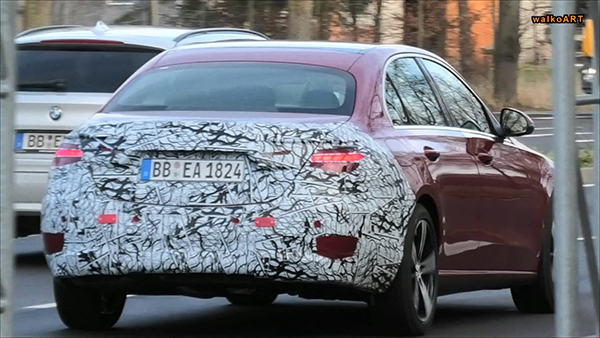 In terms of powertrains, the W206 C-Class is expected to make heavy use of 2-liter turbocharged units with outputs from about 150 hp all the way up to… whatever the new C53 makes. That’s right, an AMG C-Class with only four cylinders could be on its way.