Stripping cars for parts is not a new type of criminal activity, so this isn’t about that. But if you ever wanted to see how thieves can pick clean a C-Class, today is a good day. 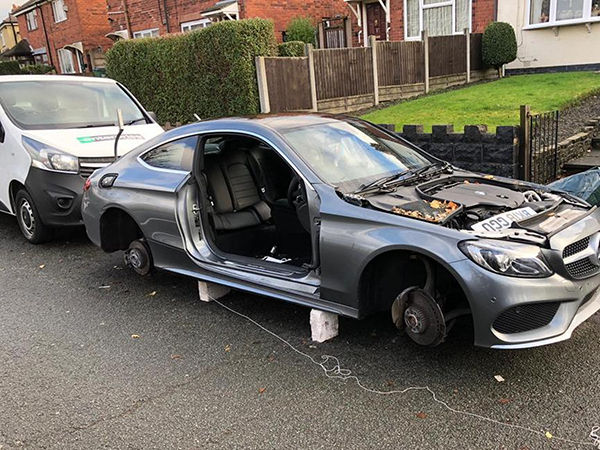 Car theft is rampant worldwide and, in most cases, quite definitive in the sense that car owners will never retrieve the stolen parts or vehicles. Easier than taking the entire vehicle, which could be tracked down and difficult to sell or tear apart, is to take only the parts that thieves will know will move quickly on the black market. This is stripping – of cars, mind you. 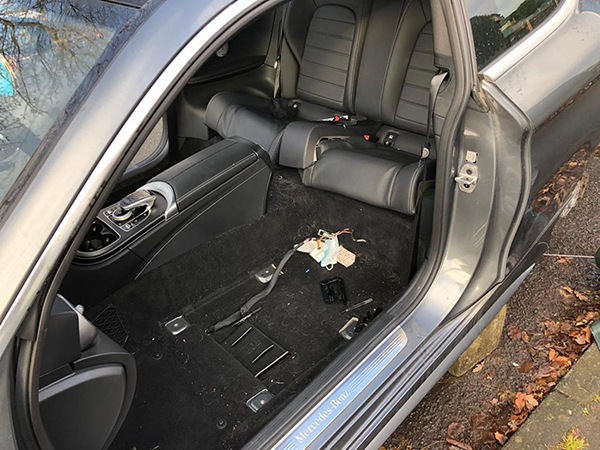 One man from West Bromwich, the UK, is speaking out on his own recent experience to raise awareness of the unseen and often ignored danger of leaving your car parked out on the street. Even if it’s in front of your house, and you have a guard dog and CCTV, just don’t. 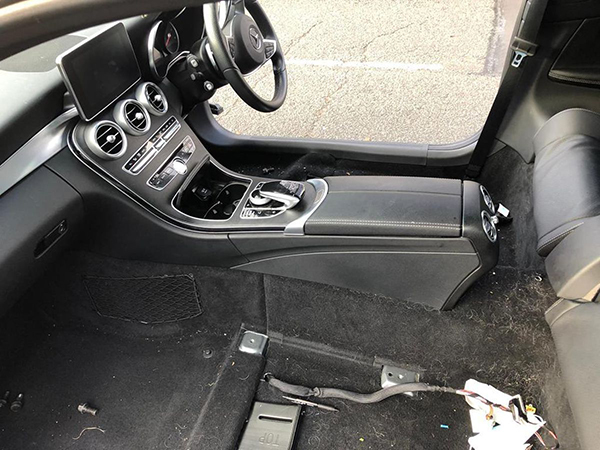 Paul Hampton had, until last week, a dark gray Mercedes Benz C-Class Coupe, which he parked for the night outside his home, thinking it would be safe because of the aforementioned dog and the CCTV. In less than six hours, a team of professional thieves (as per Hampton’s words to Metro), they stripped it bare, much like ants would pick the flesh off a carcass. If you don’t mind the visuals. 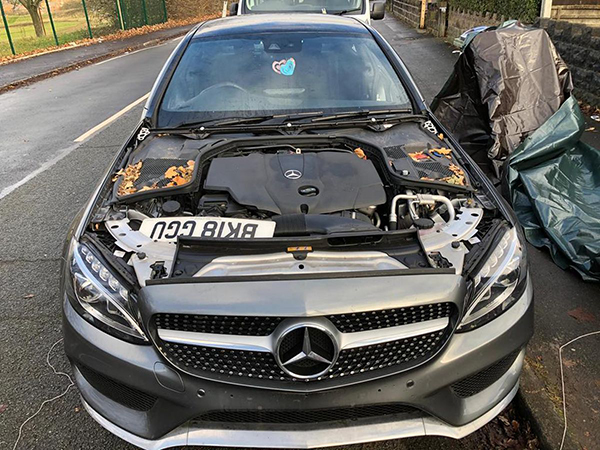 They took the wheels, the doors, the front seats, the hood and trunk covers, and perhaps other stuff as well. Hampton is going public with his story and sharing photos of the aftermath to raise the alarm on the long-existing phenomenon and maybe, hopefully, prevent another owner from going through the same experience. 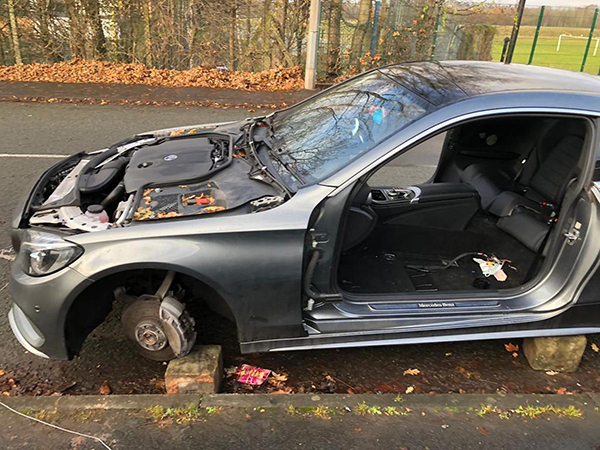 “When I stepped outside the front door, I just couldn’t believe what I was seeing,” Hampton says. “They hadn’t damaged any panels, it’s just been stripped bare. These are professionals and appear to work in teams of five or six to cut the time down. Each person has their own job. They didn’t just cut the wires in the doors, they unclipped the connectors to avoid damaging it. They’ve left the remaining parts in perfect condition.”

Perhaps more relevant to the case, they didn’t leave a single trace behind. Forensic officers have very little, if anything, to work with in terms of finding the culprits, so Hampton is making peace with the idea that his car is gone for good. That’s why he’s hoping his story will convince people to park their car in a garage, if possible.