Mercedes C 300 de EQ Power plug-in hybrid blends the standard C-Class’s comfort and tech with even more pace and refinement, plus some strong financial incentives for company car users that any PHEV brings. It’s not as attractive to private buyers, while boot space is more limited, but it rides and handles well, offers some slick tech as well as the potential for super-low running costs – if you plug it in as much as possible, of course – with strong environmental credentials. 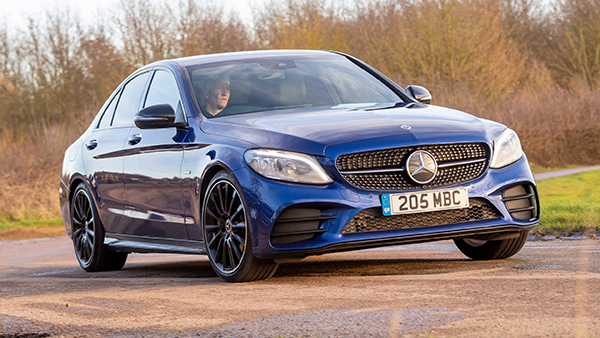 With the presence of ever-tighter emissions legislation and the prospect of sales of new petrol and diesel cars being curtailed by the end of the decade, manufacturers are electrifying their fleets at quite a pace. Whether you like the idea of assistance from a battery and electric motor set-up or not, there’s no denying plug-in hybrids offer more performance and better claimed efficiency than their combustion-engined counterparts.

That’s why Mercedes is trickling down this tech to more affordable cars in its line-up – and it’s the C-Class compact executive saloon that’s been electrified here. 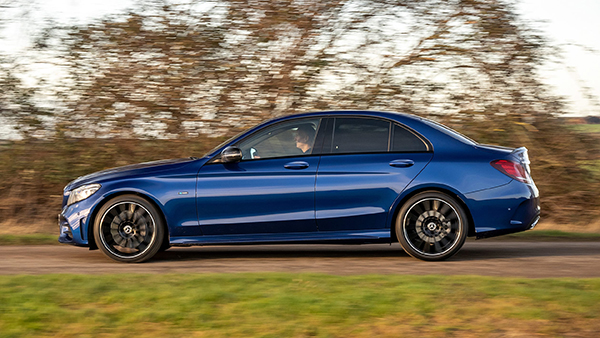 We know how good the larger E 300 de and its petrol plug-in sibling, the E 300 e, are. But this tech is pricey, which is why it launched in the more expensive car first. At £43,715, this new C 300 de EQ Power AMG Line Edition is more affordable. It boasts a similar recipe, though, and it means that if you’re a company car user especially, it could be an enticing proposition.

The powertrain is the same as its bigger brother’s, so there’s a 2.0-litre four-cylinder diesel, a 13.5kWh battery and an electric motor sending a total of 302bhp and a massive 700Nm of torque to the rear wheels through a nine-speed automatic gearbox.

That’s a lot in a compact executive saloon, so it’s no surprise that 0-62mph takes just 5.6 seconds, but what might be more interesting to prospective buyers is that with a full battery, the C-Class can travel up to 35 miles with zero emissions. 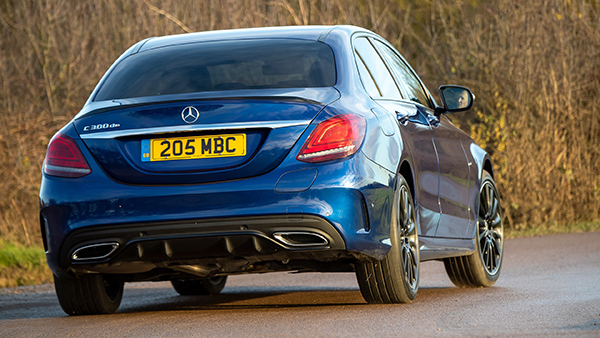 It takes only 90 minutes to charge using a home wallbox and emits just 31g/km of CO2. That means if you’re a business user that pays income tax at the higher rate, you’ll fork out £1,778 a year in company car tax (10 per cent Benefit in Kind) compared with £4,640 for a less powerful, slower C 220 d (29 per cent BiK). With claimed fuel economy of up to 234.5mpg, it’s also much more efficient.

From behind the wheel, however, the experience is extremely similar to a C 220 d, but different in a few subtle ways. Firstly, the C 300 de is faster, yet also more refined. The electric motor helps performance, filling in for the diesel engine as it gets into its stride, so initial response is sharper than you might expect.

But it also takes load off the engine, so it’s quieter than a regular diesel C-Class – until the battery runs out, when the motor has to actually work harder to carry the extra weight around. So as with any PHEV, to get the most from it you have to plug it in as often as possible. In this case the benefits are efficiency, performance and refinement.

Sometimes the latter is impacted by a slightly jerky transition between power sources, but this is only really when the battery is flat; the rest of the time the nine-speed auto is smooth and quick to respond. 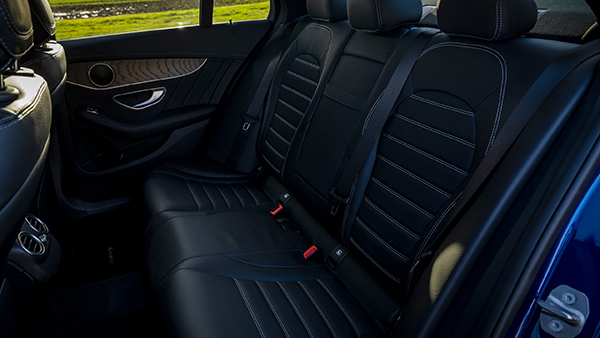 The same goes for the ride. It’s comfortable and controlled, taking care of the plug-in’s extra 310kg well. You notice this in the handling, because the car is a little more lethargic when changing direction, but it still handles well, with an element of sportiness, even if the powertrain is mostly geared towards efficiency. It suffers from the same slightly firm feeling the regular C-Class does over patchwork roads, bobbling around a little, but it’s not bad.

The infotainment works as slickly as any other modern Mercedes system, rounding off an appealing package.

There is one final drawback, though, because while rear space is decent, you lose 155 litres of boot space to the car’s battery, so maximum luggage room is only 300 litres. 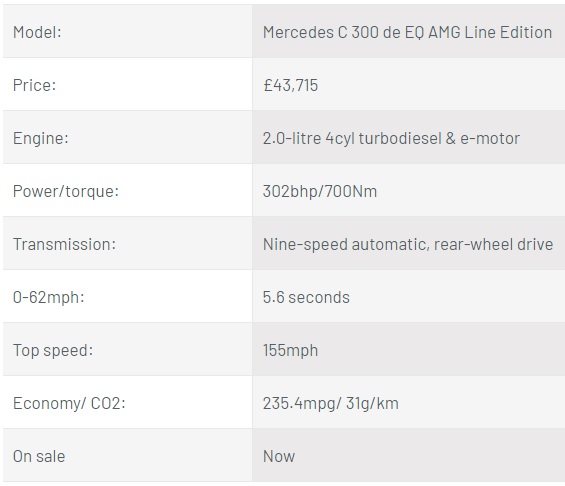