Part of the C-Class family without interruption ever since the first-ever generation of the model appeared back in the ‘90s, the T-Modell is one of the most appreciated premium wagons, especially in Europe. 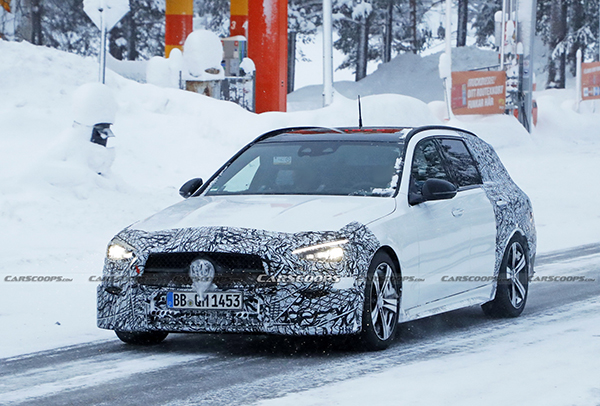 You can tell the world premiere of the new Mercedes C-Class is inching closer as the disguise is beginning to come off from these near-production prototypes. The sedan was caught recently with less camouflage and now its long-roof sibling has been spotted by our spies without some of the swirly black and white body wrap. 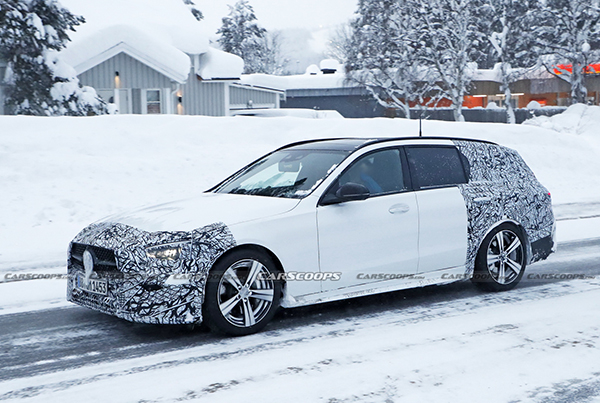 The two prototypes depict different trim levels judging by their front grille designs, with the white one likely being the upper-spec model considering the tinted rear windows, sunroof, and black side mirror caps. In addition, the test vehicle with the license plate ending in “1453” seems to have larger alloy wheels and boasts a subtle chrome strip on the door handles. 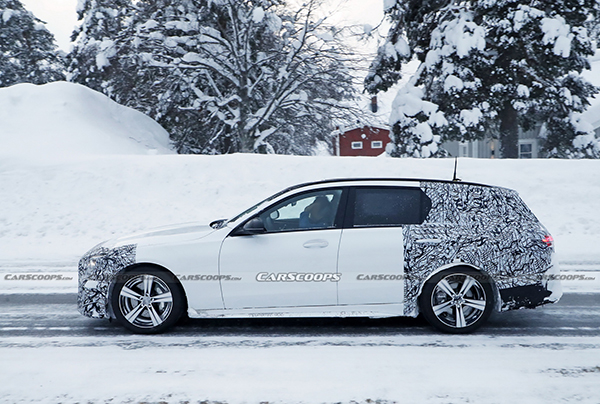 The headlight and taillight designs appear to be derived from the larger E-Class facelift, which isn’t all that surprising since Mercedes tends to largely follow the same design among the C, E, and S models. These evolutionary changes over the outgoing model should be enough to lend the C-Class a more modern look and in line with the larger and more luxurious models carrying the three-pointed star. 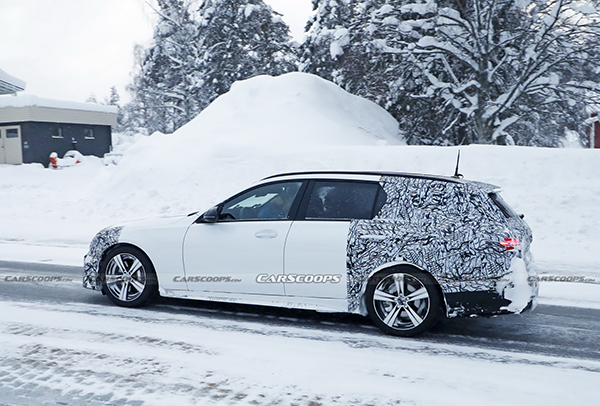 Our fresh batch of spy shots doesn’t allow us to take a peek inside the cabin, but from some angles, you can easily tell the tablet-style infotainment sticking out from the dashboard has been removed. Previous encounters with next-gen C-Class prototypes showed the touchscreen will be integrated into the center console and will be joined by a separate touch panel for the climate controls mounted right below. 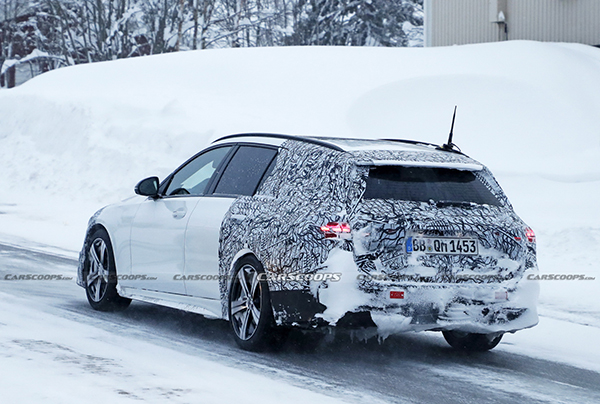 While our spies have caught the normal C-Class Estate, it is believed the lifted All-Terrain is finally coming after the Audi A4 Allroad. As a matter of fact, the jacked-up wagon might’ve been spied testing already, thus signaling the E-Class All-Terrain could be getting a baby brother after all. AMG C53 and C63 are also in the works for the roomy C-Class, but rumors say both will use electrified four-cylinder engines. 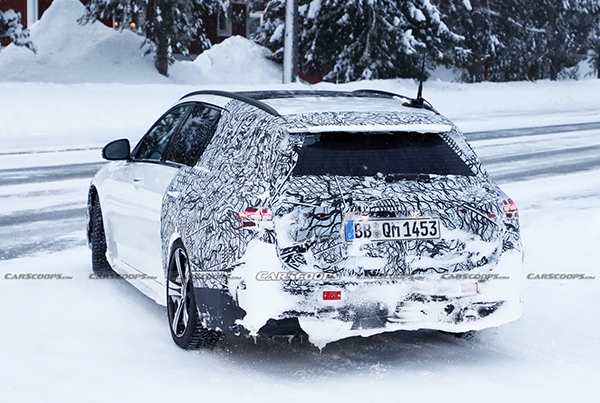 Logic tells us the C-Class Sedan will be unveiled first later this year, with Mercedes likely to wait several months before introducing the T-Modell as it’s known at home in Deutschland. The All-Terrain and AMGs are expected to land in 2022.