Mercedes has come forth in defense of the hybridized C63. Speaking to Carsales, the German automaker called the car’s four-cylinder powerplant a “game-changer.” The brand’s fans gave the car a load of flak when it debuted. Why? For years, the Mercedes-AMG C63 was the face of V8-powered performance from AMG. Like all the greats, the C63 was defined by its loud V8 powertrain, something that is now dead. 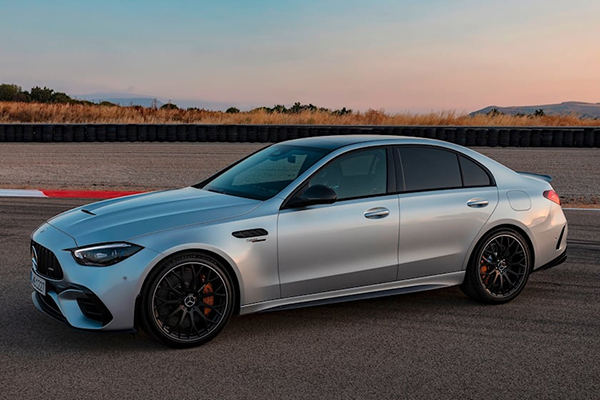 Mercedes-AMG’s director of vehicle development, Steffen Jastrow told Carsales: “Sure, there will be people that are probably disappointed that it has no more V8, but what we have in the new C 63 is not just another V8. It’s a revolution of the drivetrain – it’s a game changer.”

“Revolution” is certainly the right term. Mercedes upended the C63 with this new powerplant, which produces an admittedly impressive 671 hp and 752 lb-ft from a 2.0-liter turbo-four paired to an electric motor. The electric motor on its own adds 201 horsepower, leaving 400 horses of slack for the 4-pot to make.

“Yes, it’s a very new approach but there are very many opportunities in that, and emotion not only comes from a V8 sound: it comes from how the powertrain reacts on the driver demands,” said Jastrow.

He was also clear that the C63’s rowdy nature is still present despite the missing four cylinders. “This is a lot of fun to drive that hybrid drivetrain, and I think another factor, really, is how much propulsion you get from standstill, right?” asks Jastrow.

“So, the characteristic of the of the electric engine is of course, that you have full torque from the very beginning,” he added.

There are also a load of performance benefits, including better weight distribution. The electric motor is placed on the car’s rear axle, which will help the C63 to be less nose-heavy. But in all, the four is a better look for a brand pushing into electrics and hybrids more every day.

“The whole driving, the whole hybrid drive system gives us a lot of opportunities, and a lot of similarities to the Formula 1 car and to the AMG ONE hypercar we are also just launching,” said Jastrow. He also says that if enthusiasts are really that concerned about the V8’s death, they ought to hold their judgment until they drive the latest C63.