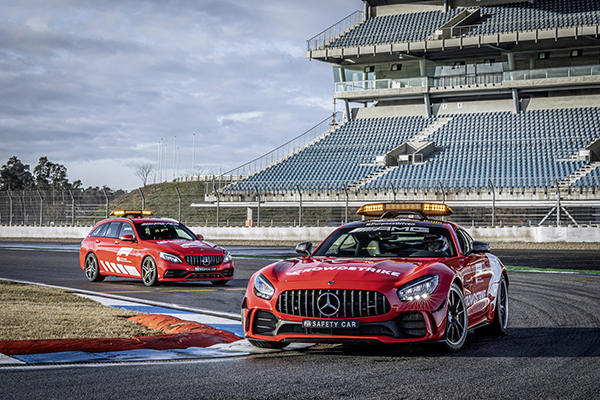 Sharing the safety tasks with the Aston Martin Vantage safety car, which will hit the track at the season opener on March 28 at the Gulf Bahrain Grand Prix, the GT R will debut on April 18, at the second round of the F1 World Championship in Imola, with AMG’s Brand Ambassador and Driving Academy instructor Bernd Maylander at the helm. 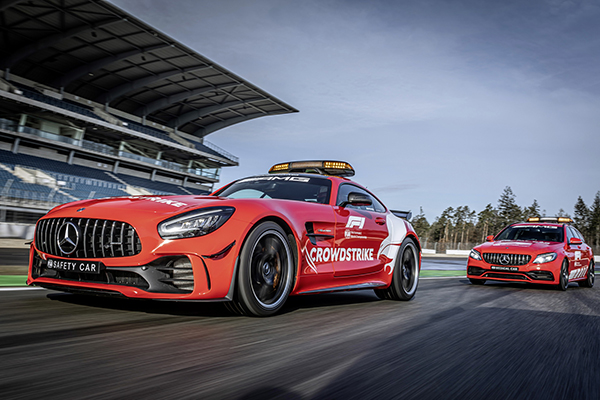 “In all the years my safety cars have never let me down. This exemplary reliability is also a fundamental safety factor. The high race track performance thrills me over and again. I am delighted that I am continuing to drive the FIA Safety Car and in this season it will be even more interesting, not just because of the new color”, said Maylander, who has been driving the FIA F1’s safety cars since 2000.

With Alan van der Merwe behind the wheel, the C63 S Estate medical car will carry medics to the scene of an accident as quickly as possible. It retains the stock engine, producing 503 HP (510 PS / 375 kW), and has the optional ceramic brakes and four individual racing seats inside with four-point seat belts.

In addition to the carbon fiber roof light bar, both cars have two additional screens inside, one that broadcasts the race and a second one that shows the current track position of the racers on a graphic.