The Bussink GT R Speedlegend represents an exercise in design and engineering limited to five production units, envisioned by a German designer named Roland A. Bussink, who commanded HWA AG company to convey his dream into reality. 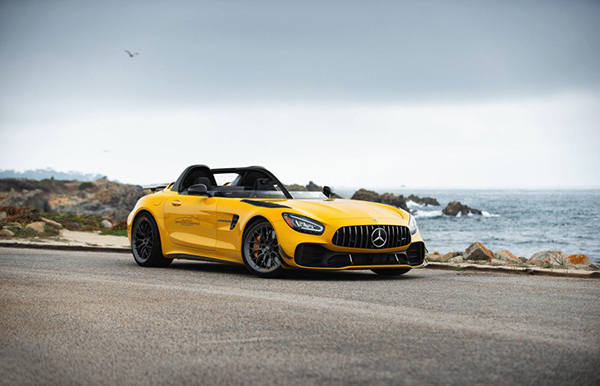 The project bases on the Mercedes-Benz AMG GT R Roadster supercar, which came into production in 2019 and was limited to only 750 units. It brings to the market a unique perspective of the modern-day speedster body style. After a development period of more than a year, the SpeedLegend came into public attention this year during the 2021 Monaco Grand Prix.

HWA AG is no stranger to AMG vehicles. Oh no! In actuality, the company, which takes its name after its founder, Mr. Hans-Werner Aufrecht, has a long track record of working in Affalterbach. Projects such as the CLK GTR or the CLK DTM AMG are alone some of the most memorable bits of Mercedes-Benz racing history. 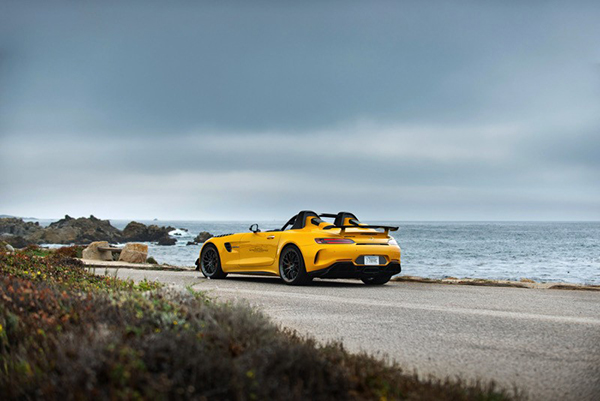 The vehicle’s exterior architecture impresses the beholder with the complete absence of A-pillars and a lowered window line. The folding roof is gone and had been replaced with a unique ‘Y”-shaped carbon fiber roll-bar design, directly inspired from Formula One, appropriately named “SpeedBow,” which starts from the hood and finishes around the headrests. Additionally, the carbon structure also features the cabin switches that used to be on the windscreen rail of the original vehicle, an LED illuminating strip and also houses several safety sensors.

AMG’s aggressive styling is further enhanced using exposed carbon fiber extensions and even an AMG GTR R Pro front-end for maximum downforce. Being a roadster at its origin, the Bussink SpeedLegend did not need any additional reinforcement. It means that in its current form, this one-of-a-kind project is lighter with up to 220 lbs (100 kg) than its donor, making it as svelte as its bigger brother, the AMG GT Black Series, tipping the scale at around 3,307 lbs (1500 kg). 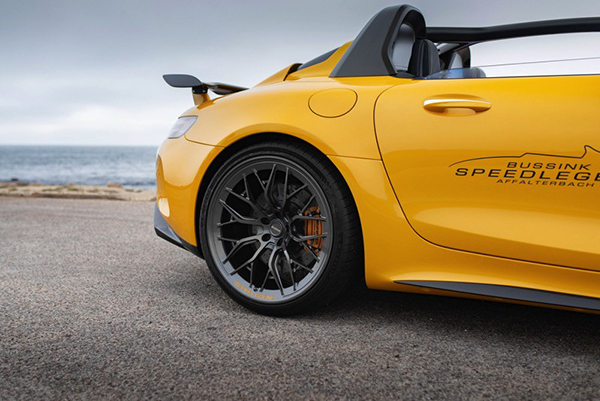 At the heart of this mighty machine beats the 4-liter V8 bi-turbo engine, but with a significant power upgrade than the standard Roadster. Equipping the SpeedLegend, it develops an impressive 850 hp and 767 lb-ft (1,040 Nm) of torque, resulting in 120 hp more than even Merc’s own Black Series.

The interior styling of the Bussink GT R Speedlegend is entirely up to their customer’s preferences. The company can modify the inside cabin to fit any desired spec, including fine leather upholstery, “Y”-shaped contrast stitching, carbon-fiber steering wheel, and even a helmet matching the vehicle’s paint job and build number. 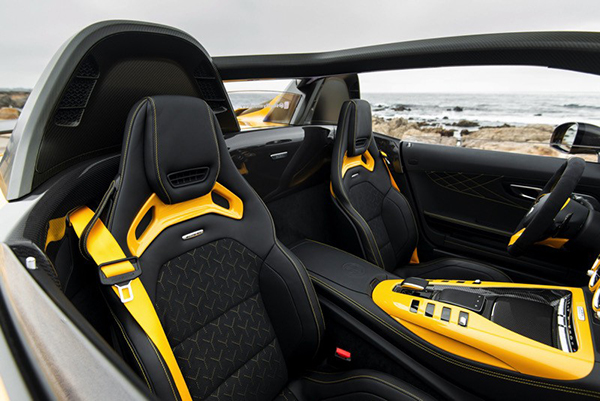 Sadly, this ambitious project is limited to only five iterations, and of course, they are all sold out by now. There is no official price tag for this future legend, but surely its lucky owners need to have deep pockets to add the Bussink GT R to their car collection.

A machine that honors its vintage racing culture origin and is also inspired by the state-of-art Formula One technologies of today, the Bussink SpeedLegend GT R is one unique vehicle. A museum on wheels, a product of passion and design excellence, is on a sure path to becoming one of the most collectible automotive jewels. If you ever happen to see one of them on the street, take a moment and enjoy what a work of art it really is because you may never be treated again with such a unique sight.