The first Mercedes-AMG GT hit the market in 2015. Five years and one facelift later, and the GT lineup now includes four models: the base AMG GT, the GT C, GT R, and the limited-production GT R Pro. Despite the same twin-turbocharged 4.0-liter V8 powering each of the variants – albeit with different power outputs – there are some considerable differences in how the AMG GT lineup looks and how they drive.

Smack in the middle of the range sit the GT C and GT R, which offer two very different personalities, despite the mere $12,000 separating the two. With less dramatic styling and a more posh range of interior materials, the GT C is arguably the best “GT” car of the bunch. That said, the GT R’s race-ready traction control system and wild design details exude personality and fun. After a weekend around Atlanta sampling both versions of Mercedes-AMG’s prized coupe, we’ve learned the differences, and ultimately came up with a winner.

The refreshed GT sports new LED headlights and taillights, in addition to a revised rear diffuser, tweaked exhaust pipes, and new wheel designs. The changes are minor, but the AMG GT still looks absolutely menacing with its low-slung, wide posture. The proportions of the car are just as ridiculous as before, too, with tons of real estate ahead of the driver and a short, rounded caboose. 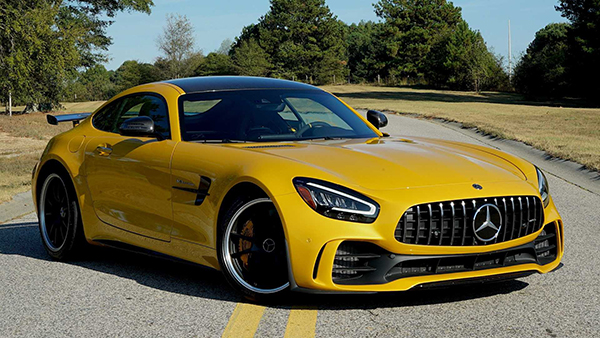 The GT’s innards feature some major improvements, including a 10.2-inch center display, as well as a 12.3-inch digital instrument cluster. Like some other Mercedes products, the GT relies on a hybrid version of the automaker’s new MBUX infotainment, utilizing a different operating system while retaining the same touchpad control system found in MBUX cars. Still, using the two displays is a mostly painless experience thanks to standard Apple CarPlay and Android Auto.

There are some new toys to play with, including the AMG Track Pace app, which offers an impressive range of performance driving information to the driver, and video recording on-track and lap timing. Best of all is the new steering wheel, ripped from the GT 4-door. It looks great and gives the driver quick access to changing drive modes and vehicle settings via a mounted digital dial. Overall, the updates aren’t overwhelming, but they’re enough to keep the GT relevant for the second half of the current generation.

Mercedes-AMG pitches the GT C as the Autobahn cruiser of the bunch – the range’s best combination of comfort and power. With 550 horses and 502 pound-feet of torque, the GT C gathers speed just as quickly as you’d expect. And with a top speed of 196 miles per hour, it would have no issue keeping pace on the Autobahn. But the GT C’s biggest selling point – at least, to some buyers – is its subtlety. Where the GT R packs a huge fixed rear wing and aggressive wheels, the GT C commands less attention, devoid of major show-offy details. The interior also feels less intense, trading in the GT R’s carbon fiber and Alcantara for leather and metal trim instead. It’s a matter of personal taste, but the GT C feels notably classier and toned down. 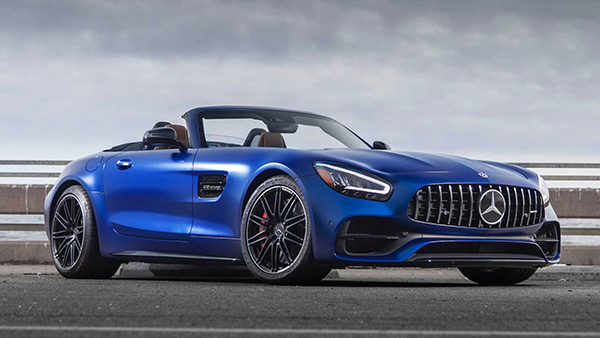 But if subtlety isn’t your style, then the GT R is the car for you. It draws crowds quicker, looks meaner, and feels like a real supercar. With a starting price of $162,900, it costs $12,000 more than the GT C, but is worth the extra dough. Not merely because of increased performance, though.The GT R hits 60 miles per hour 0.1 seconds quicker, has a two mile per hour higher top speed, and packs 17 more horsepower than the GT C.

On the backroads outside of Atlanta, the two cars feel extremely similar to one another. They feel equally fast, with no perceivable difference form the R’s 27 extra horsepower. Steering and suspension feel is just about identical, too. The two most major differences between the cars are best felt on the track. With it’s more aggressive packaging, the GT R offers stickier Michelin Pilot Cup Sport 2 tires and a much more advanced nine-stage traction control system pulled from the GT3 race car. While these tweaks make the GT R a much better choice for weekend trips around the circuit, the car’s on-road manners mimic the GT C’s very closely. Even with similar driving characters, the GT R stands out in a big way.

To many, the GT C’s sleeker, less attention-seeking exterior makes it more appealing. However, take one look at the AMG GT’s proportions and it becomes quite obvious that this car was never meant to be subtle. Add on the GT R’s more aggressive styling cues like it’s massive rear wing and specific wheels and everything makes sense. If you want something innocuous and extremely quick for similar money, head in the direction of the Porsche 911. But if the AMG GT is calling your name, then there’s really only one way to do it.