Buyers looking for a hardcore, six-figure sports car have some great options to choose from, with a multiple cars offering upwards of 600 horsepower, zero-to-60 times of under three seconds, and top speeds touching 200 miles per hour. But the relative newcomer Mercedes-AMG GT R makes a compelling case against many of the established alternatives. 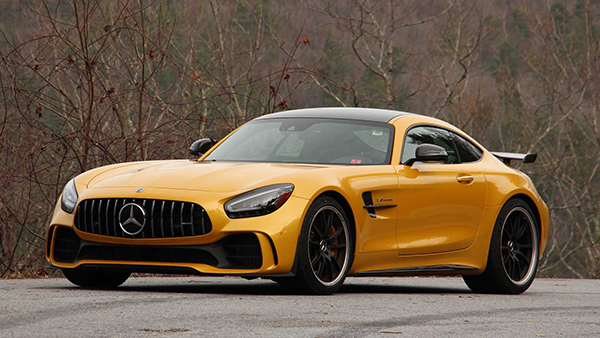 The AMG GT R wowed us when it debuted in 2017, most notably with its menacing looks and competitive specs. But for 2020, it gets even better. The AMG super coupe now adopts more aggressive visual cues to go along with its dramatically flared fenders and carbon fiber aero work. There are also serious updates in the tech department. The only thing that doesn’t change is the raucous powertrain.

We spent time with the AMG GT R in the great state of Georgia. Senior Editor, Jeff Perez, took the GT R to the twisty mountain roads near the city of Helen (that’s north Georgia), while Associate Editor and Video Producer, Clint Simone, spent more time on the roads just outside of Atlanta. Both writers walked away impressed. 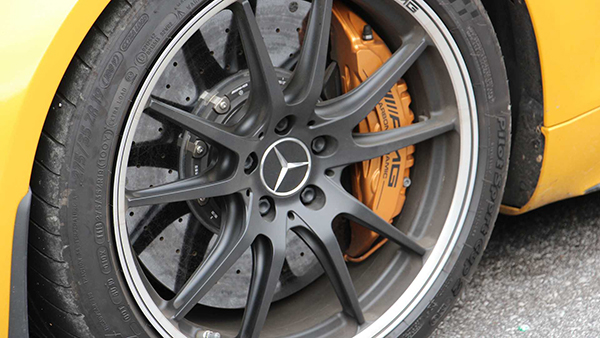 Of all this car’s amazing features, the AMG GT R’s twin-turbocharged 4.0-liter V8 is definitely the star. The engine’s 577 horsepower and 516 pound-feet of torque make it absurdly quick in a straight line; Mercedes says it will hit 60 miles per hour in less than 3.5 seconds. On top of that, the seven-speed dual-clutch transmission shifts in an instant, the super-grippy Michelin Pilot Sport Cup 2 tires cling to the pavement, and the carbon ceramic stoppers do a superb job of bringing the AMG GT R back to zero, without feeling overly grabby. 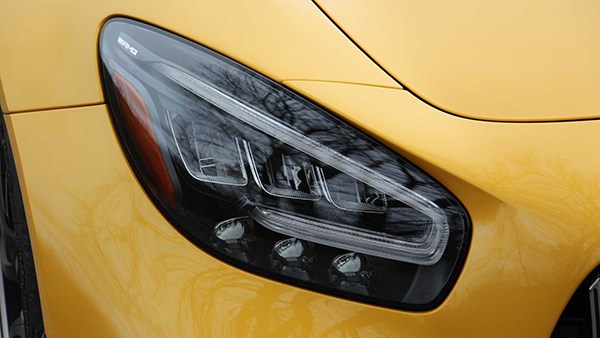 Toss the AMG GT R into a corner and it’s equally impressive. This car cuts on a dime, and though the steering feels a touch too light for my taste, its precision is unmatched. This car is pretty much telepathic in the way it moves. With the updated steering wheel for 2020, the primary driver interface feels even better; improved grip points and easier access to drive modes (via a low-mounted digital dial) make all the difference. 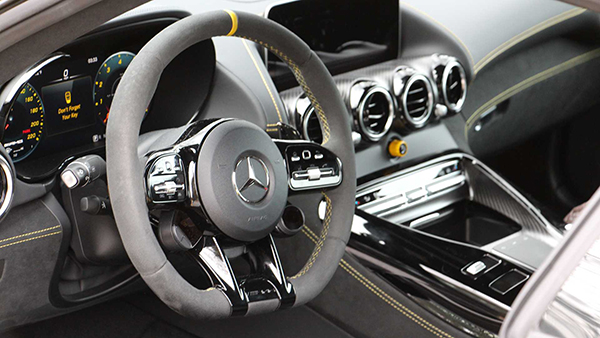 Speaking of updates, the AMG GT R also gets a slew of visual cues that make it even nicer to look at. LED headlights and taillights, a fresh rear diffuser, model-specific center-mounted exhaust tips, and new wheels improve the already menacing looks of the carbon-fiber draped AMG. Our only aesthetic complaints? The hood remains comically long for my taste and the Solarbeam Yellow paint of this tester (while show-stopping) is too in-your-face. 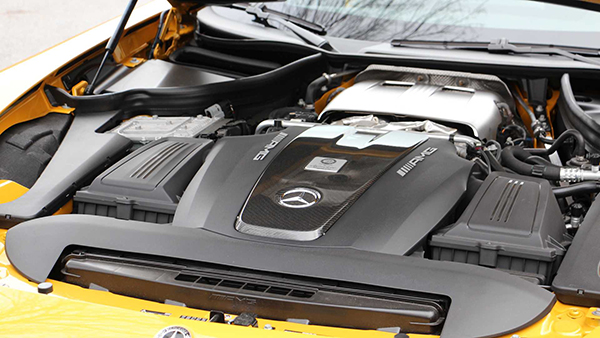 But while the AMG GT R excels on the smooth mountain roads for most of the week, it’s a much different (read: uncomfortable) machine on anything but perfect roads. The AMG GT R’s tighter suspension (versus the standard GT) makes for a back-breaking ride. Its burbly exhaust never shuts up, even in Comfort mode, and visibility isn’t great either. The AMG GT R is not a car designed for daily driving, but at least it makes up for it on the twisty stuff. 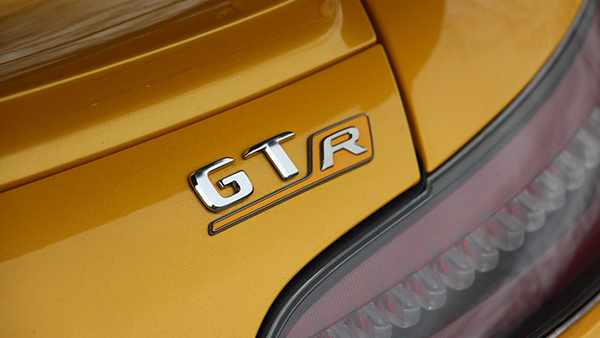 The Mercedes-AMG GT was never meant to be subtle – just look at its proportions. With its long, sweeping hood and short, stubby rear end, the GT has an undeniably aggressive shape. As the most dramatic-looking car in the lineup, the GT R takes the standard GT’s recipe and turns things way up. The huge rear wing, the R-specific black wheels, and prominent front splitter all contribute to this car’s sense of visual excitement. Where some modern supercars lack a “look at me” quality, the GT R doubles down on it. This is a truly thrilling car to see on the road, and it’s even more thrilling to drive. 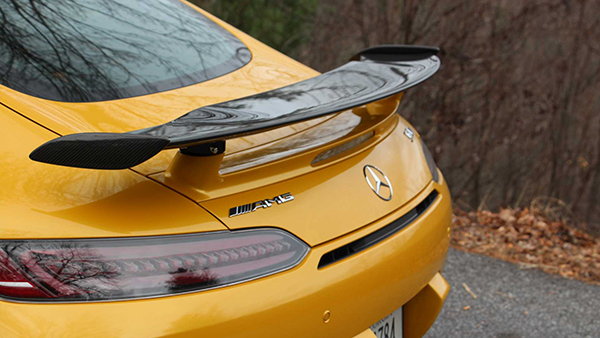 This visual aggression translates well to the GT R’s on-road character. From the first few minutes behind the wheel, there’s a tangible feeling that this car doesn’t like going slow. The ultra-precise steering, the cabin-piercing V8 noise, and stiff suspension encourage the driver to push hard and see what happens. Best of all is the individual driving mode, which gives drivers an impressive range of adjustability, including suspension, engine response, and exhaust note. While this is a common feature in performance cars, the GT R has this toggle right on the steering wheel, making it easy for the driver to switch between modes on command. There’s also the nine-stage traction control system inspired by the GT3 race car. The point is that you can set up the GT R to be properly aggressive for street use, and the result is a car that’s equal parts communicative and impressive in how it handles itself. 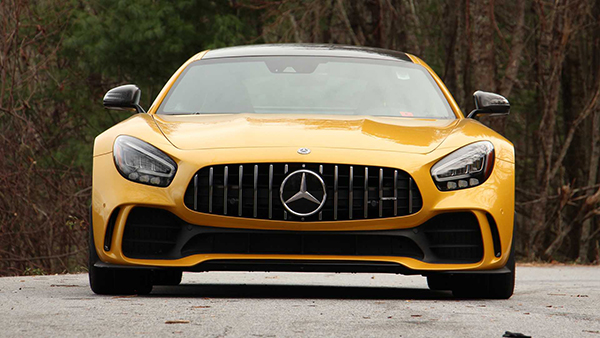 For short winding road blasts or track days, this is one of the best cars on the market. Period. But over longer driving stints the GT R isn’t ideal. Adding onto Jeff’s suspension critique, the setup is about 20 percent too stiff for road use. You feel every imperfection through the unforgiving dampers, and it becomes tiresome. The chief offender, however, is the AMG performance seat which, despite being inside a supercar, are rough to deal with. They’re unsupportive, razor-thin, and I struggled to find adjustments that made them comfortable. This car is supposed to be a track star, yes, but we’ve driven other cars that are faster and more hardcore that have better, more comfortable seats than this.