The end is nigh for the AMG GT Coupe as a report from Motor.es claims production of the supercar will end in December. It’s not all too surprising seeing as how the launch of a Black Series version typically hints the model’s life cycle is coming to a close. The sixth high-performance car to get the Black Series treatment debuted in July 2020, and since we’re approaching the end of 2021, the time has come for Mercedes to retire the speedy coupe. 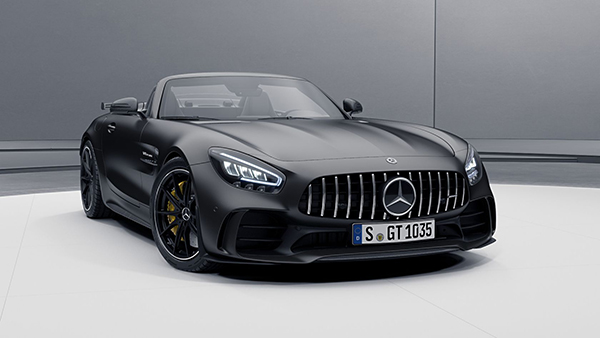 As a matter of fact, the Spanish magazine claims the three-pointed star is no longer taking orders for the coupe as all the cars that will be built between now and the end of the year represent a backlog of orders. It’s the same story with the convertible, which will also be retired in December. In its place, Mercedes will introduce an all-new, AMG-developed SL in the coming weeks, possibly as early as November.

One question arises: Will there be another coupe? In a video released by Mercedes a couple of years ago, seven-time F1 champion Lewis Hamilton visited the design center in Sindelfingen, Germany and had the opportunity to check out a clay model of a sporty coupe. It didn’t take too long for the media to speculate about the clay model representing an early look at the next-gen AMG GT, and we even came up with our own rendering based on it.

Chances are there will be a new coupe to complement the SL roadster since it would make more sense financially to spread out the costs with two models rather than only selling the convertible. That’s especially true since AMG is doing the heavy lifting with the revamped Sport Leicht, so all that effort to only launch a convertible doesn’t seem right.