Mercedes-AMG GT 4-Door went on sale in 2019 after debuting at the Paris Motor Show the year prior. The automaker gave the model a slight revision for 2021, adding new colors and wheel options, but it’s due for a more substantial refresh. New spy photos show a partially camouflaged example attempting to hide the minor styling changes coming to the car. 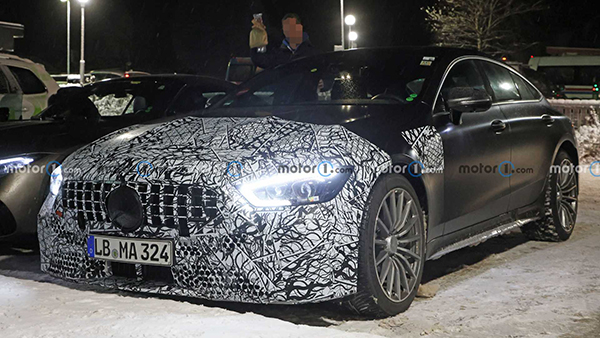 It’s difficult to identify the tweaks at the front. The camo covers the front bumper, grille, and a portion of the hood. The headlights are the same as before and uncovered, but they should receive new graphics before the car debuts. We expect Mercedes to massage the bumper and grille styling but don’t expect any major changes to the overall design. 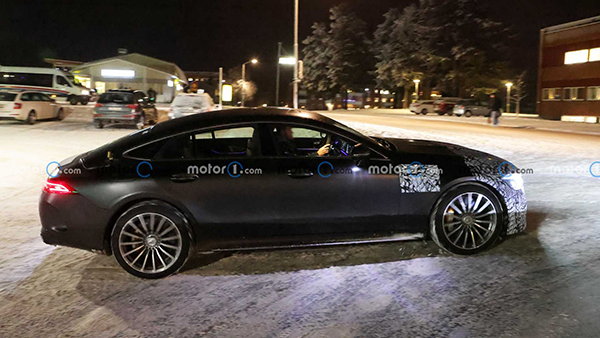 The back of the car is completely exposed, just like the previous test vehicle our spy photographers spotted. Mercedes has made no styling changes, but it could get new taillight graphics and a tweaked bumper design. Photos of the car’s interior are a stark reminder that this is a mid-cycle refresh. The cabin looks mostly unchanged from the AMG GT 4-Door that’s on sale today, but it appears as if the display screen in front of the driver is better integrated into the dash. We’ll need a closer look to be sure. 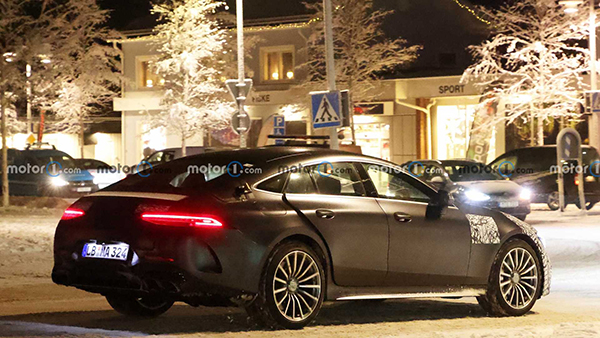 A mid-cycle refresh usually means the car’s current powertrain lineup carries over with minimal changes. It’s unclear if Mercedes-Benz plans to make more significant changes to the car’s available engines, and the photos don’t indicate any differences. We hope the plug-in hybrid AMG GT 63 S E Performance remains available. Mercedes paired a 4.0-liter twin-turbocharged V8 engine with an electric motor in that model that makes a total of 831 horsepower (620 kilowatts) and 1,033 pound-feet (1,400 Newton-meters) of torque. 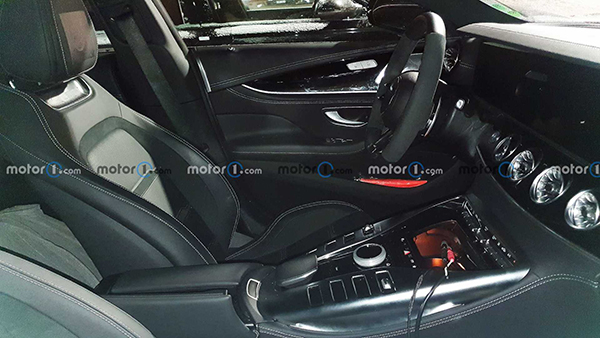 While the revamped AMG GT 4-Door looks ready for production, we don’t expect Mercedes to launch it until the second half of 2023, as the model is in the early stages of development. The automaker could further tweak the sedan’s design before it breaks cover with new rear-end styling and lighting graphics.