Mercedes-AMG celebrates its 55th anniversary this year and the automaker has a very special way to share the moment with its fans. The firm presents the Mercedes-AMG GT3 Edition 55 race car that will be produced in a highly limited run of just five examples. The machine comes with several hardware upgrades over the standard GT3 and some of them turn it into the most hardcore race car with a three-pointed star logo. There’s a very easy explanation for that, though. 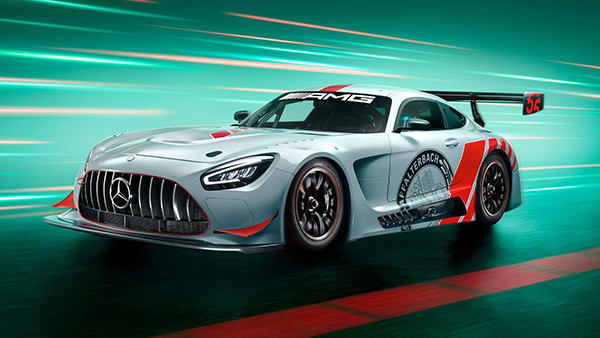 One of the race car’s main characteristics is that it isn’t FIA homologated which means there are no restrictions in terms of aerodynamics, engine, exhaust, and weight. As a result, the 6.3-liter V8 engine under the skin has been optimized to deliver 650 horsepower (478 kilowatts) or about 100 hp (73 kW) more than the FIA homologated version. Not only that, but the performance exhaust system now comes without the obligatory silencer and generates an even more sonorous sound. 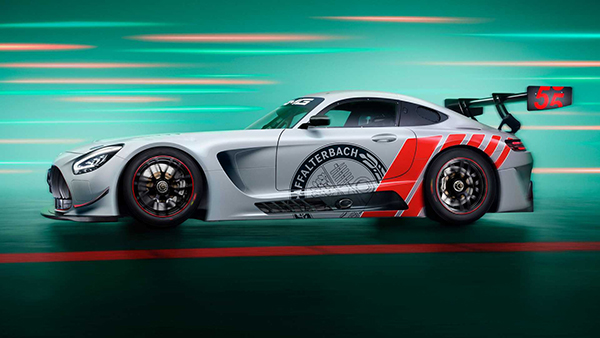 Visually, the GT3 Edition 55 shows exclusive touches in the form of seat embroidery with an “Edition 55 – 1 of 5” inscription. The interior is dominated by Anthracite metallic paint with contrasting carbon fiber visible elements. The seat belts, in turn, feature silver accents. 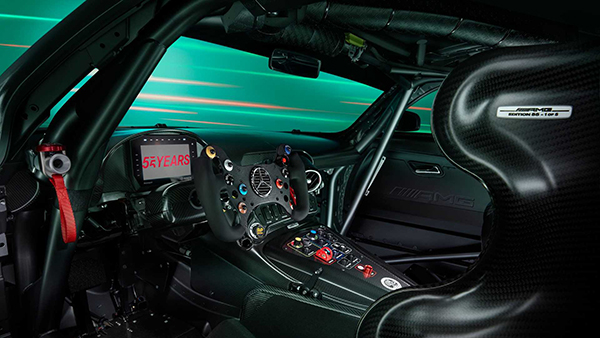 On the tech side, the cabin comes equipped with the latest generation of the company’s data display unit (DDU) supplied by Bosch. It has a high-resolution graphic screen that displays relevant information like speed, engine speed, operating temperatures, lap times, and others. A nice small touch is AMG’s 55th-anniversary logo, which appears on the screen when the GT3 Edition 55 is started. 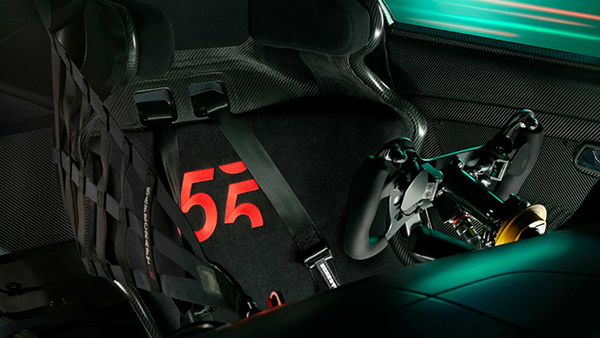 Supplementing the exclusive features is a special tailor-made car cover and an Edition 55 box from IWC Schaffhausen, which contains a Pilot’s Watch Chronograph Edition “AMG”, as well as a black textile strap. Mercedes-AMG will assemble just five copies from the anniversary race car, each equipped with a specific range of serial numbers (GT3.190-55). The price without VAT is €625,000 or approximately $620,000 at the current exchange rates.