Mercedes-AMG and Florida-based boat Cigarette Racing have unveiled the product of their 13th collaboration. Light, long, and orange, the Nighthawk AMG Black Series is inspired by the GT Black Series. 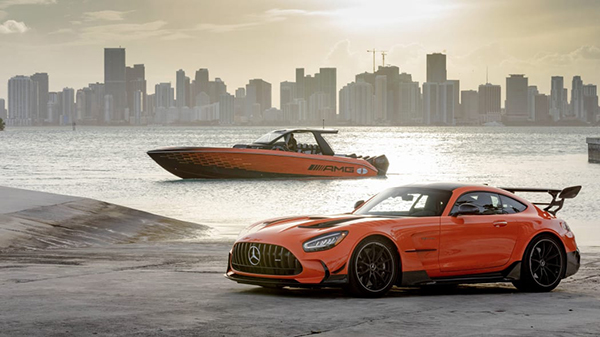 The car and boat industries rarely meet, and they often collide into something incongruous when they do, but the partnership between AMG and Cigarette Racing makes more sense than it might seem. In a way, Cigarette Racing builds the water-going equivalent of its German partner’s sports cars. Its boats are quick, high-tech, luxurious, and correspondingly expensive. The 41-foot-long Nighthawk AMG Black Series is not an exception to this rule. 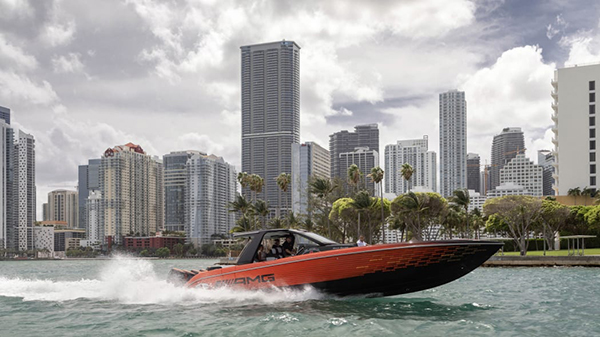 It features a twin-step hull for better on-water performance, according to the manufacturer, and it offers passengers a deck and a hard top made out of carbon fiber to keep weight in check. Better yet, it’s powered by a quintet of supercharged, 4.6-liter V8 engines that take up most of the rear end. Built by Mercury Racing, the 40-cylinder outboard armada delivers 2,250 horsepower, and controlling the cavalry requires operating only two levers. 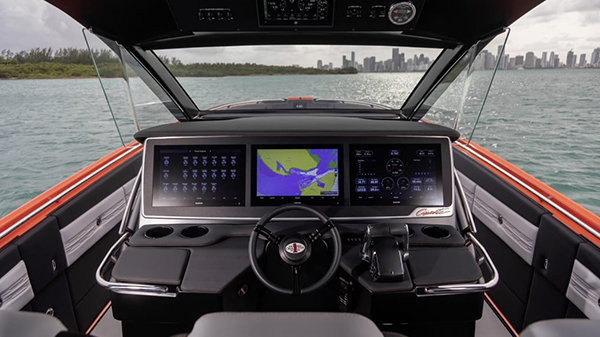 Cigarette Racing quotes a 90-mph top speed, which is precisely 112 mph less than the 720-horsepower GT Black Series. However, the boat offers several amenities not found in the coupe, including seating for 10, three Garmin 8617 screens that display key information about the ship and the body of water it’s in, and a bow thruster. 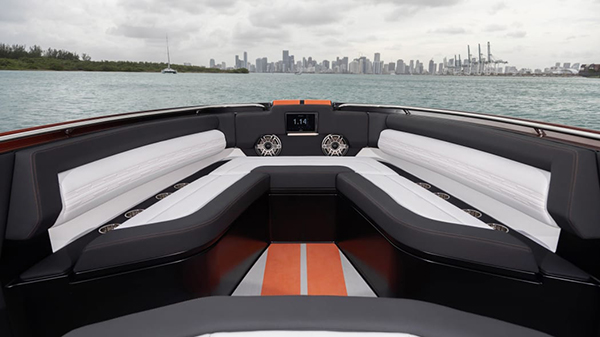 So, car, boat, or both? Well, if your name isn’t already on a build slot, the answer is neither. Mercedes-AMG told Autoblog the Nighthawk AMG Black Series is a one-off ship that has already been sold. Pricing information hasn’t been released, but it likely cost a seven-digit sum. For context, Mercedes-AMG charged $326,050 (including a mandatory $1,050 destination charge) for the GT Black Series, which is sold out in the United States.