The Mercedes A-Class recently received a thorough redesign. Overall, it seems the current generation is a big step up from its predecessor. Although small cars may not be entirely in vogue right now, it seems the automaker nailed the formula with their latest offering. And of course the AMG treatment also raised the bar for the nameplate too. But what happens when an aftermarket company decides the AMG A45 S is not enough? 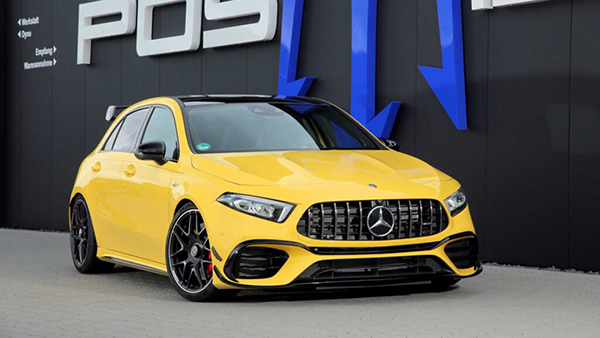 Such thinking led Mercedes-Benz tuning outfit Posaidon to take the AMG A45 and make it even more sinister. As covered by SlashGear, their magic touch resulted in a modified variant that boasts an incredible 525 horsepower. Combined with the small size of the A-Class and Posaidon’s expertise, the car can accelerate just as quickly as some far more expensive vehicles. 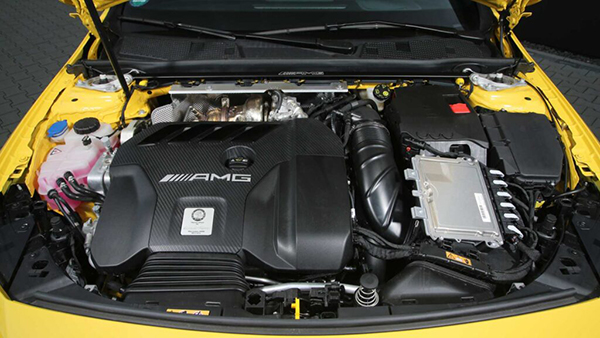 Taking AMG’s A45 to a Whole New Level
Turbocharged engines often find new life in the aftermarket. With new software and upgraded components they can vastly outperform their stock tunes. Basically, Posaidon performed exactly those types of upgrades to their AMG A45 S. The RS 525, which is the term used by the company to describe their most potent AMG 45 variant, receives a larger turbocharger and an ECU tune to compensate for the additional air. Additionally, the control units for the Speedshift 8-speed DCT transmission were calibrated for the changes made to the engine.

As a result, total output for their take on the A45 is 518 horsepower (525 PS) and 443 Ib-ft of torque. That’s a considerable boost over the stock AMG 45 S, which is still pretty potent. In factory from, the Mercedes-Benz 2.0 liter four cylinder with a single turbocharger boasts a rating of 416 horsepower (422 PS) and 369 Ib-ft of torque. Americans are only able to buy the regular AMG 45, which the company says has 382 horsepower and 354 Ib-ft of torque. Still nothing to sneeze at, but not as quick as the others. 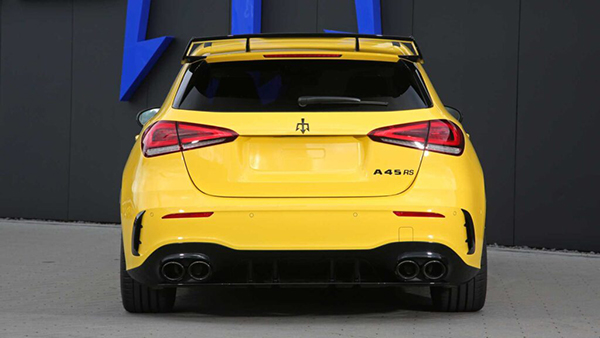 Beyond Crazy
The modifications performed by Posaidon enable their A45 to accelerate from 0-62 MPH in just 3.4 seconds. That’s a full half a second faster than the stock AMG A45 S. It also enables the RS 525 to match or outperform some stock AMG offerings that cost considerably more money. For example, the AMG S63 Cabriolet also boasts a 3.4 second 0-60 MPH figure. But that comes from a V8 with literally double the displacement. The S63 AMG also has a twin turbo setup. That really puts things into perspective. Apparently, the Mercedes-Benz M139 2.0 turbocharged four cylinder is quite robust!

To make matters even more interesting, Posaidon isn’t the only aftermarket tuner to boost the A45 beyond what anyone thought possible. RENNtech announced a 592 horsepower tune back in January. Their tune somehow keeps the stock internals, but it hasn’t been finalized yet, so no performance figures are available. By contrast, the Posaidon upgrades are ready to go for anyone brave enough to have them installed. While it is unfortunate that Americans won’t be able to enjoy the tune on any AMG A45 hatch since Mercedes-Benz limited A-Class sales to sedans, the aftermarket can still come through for their trunk-equipped models. It’ll be interesting to see what these companies will do next!