For this feature, Mat Watson, the funny host of the carwow YouTube channel, hasn’t prepared any of his usual drag race or comparison shenanigans. But that doesn’t mean we’re not supposed to crank up the volume for this one. After all, he promises nothing less than a top with “the best sounding cars in the world!” But let’s be the judge if that holds true.

The BEST sounding cars of each engine type: 4 cyl to 12 cyl

First and foremost, as people mentioned in the comments, this should involve a big disclaimer. After all, by the looks of it, this ranking seems to involve vehicles that Mat Watson and the carwow team had the chance to try out.

But, since it’s a very long list and it involves just about anything from meager three-cylinder stuff to mighty V12-equipped supercars, we think it’s all right to give them a hall pass on this one. On the other hand, Watson has a few things to point out before proceeding with the category ranking.

First and foremost, the fact that he feels quite bummed by the fact that regulations are now jeopardizing the mighty soundtrack of some very hot cars. Then, it’s also worth mentioning he’s completely excluded three-cylinder cars because his opinion isn’t safe for broadcasting without the NSFW mention. Meanwhile, the 16-cylinder category is also out because it only includes the Bugatti Chiron as a worthy representative for production cars available on the market right now. 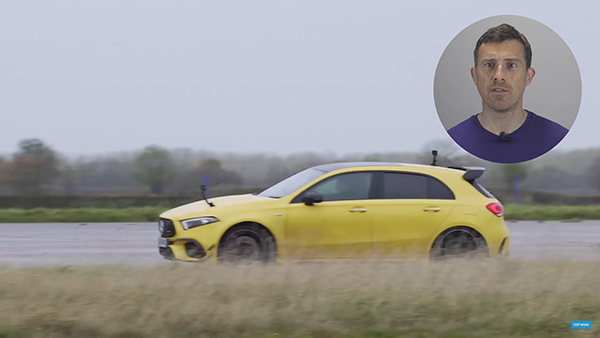 So, it’s only logical that he kicks off the proceeds with the four-cylinder category (from the 0:55 mark). It’s the most comprehensive of them all, and it could be easy to assume that a hot hatch such as the Mercedes-AMG A 45 S would easily take the crown with its turbocharged four-cylinder engine that’s worthy of no less than 421 PS (415 hp).

But here’s the first surprise in a rather long line of intriguing choices. Mat Watson instead selects the less powerful Ford Focus ST because it can also come with a Mountune upgrade that makes the exhaust soundtrack much better. It’s his opinion, after all, so beauty is in the eye—or rather the ear—of the beholder, as always.