Here’s the answer to a question we suspect nobody ever asked. What would the Mercedes-Benz SLS AMG look like if it went to Australia for a makeover as a Ute? Yes, it sounds crazy but the SLS is really a perfect candidate for such a conversion. It’s a two-seater with a snarling V8 in front, so half of the ingredients are already there. A new video from The Sketch Monkey addresses the other half of this equation, and it’s … interesting.

I turn the Mercedes-Benz SLS AMG into a UTE. Yes, that’s RIGHT!

By his own admission, the digital artist admits during the design process that such a thing is “very very weird.” That’s because most Utes are based on sedan platforms with plenty of space behind the front seats for a bed. The SLS AMG has only a small boot behind the seats, so to give this Merc a bed while preserving the wheelbase, the greenhouse must move forward onto that very long nose. 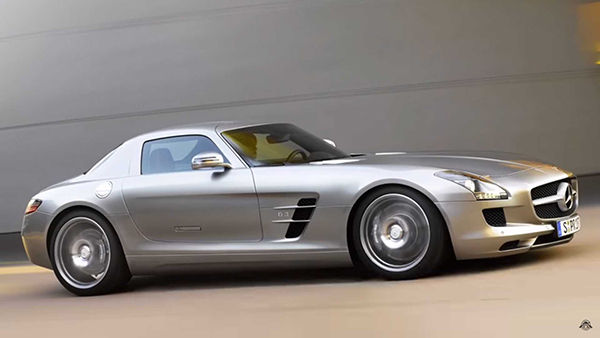 That’s the first step in this process, and the video takes us through much of the redesign in real-time as opposed to being sped up. That gives viewers an interesting take not just into the design, but the thought process behind it. As such, there are moments of experimentation where ideas are implemented but undone, such as making the roof a bit taller or adding an angle to the pickup bed. 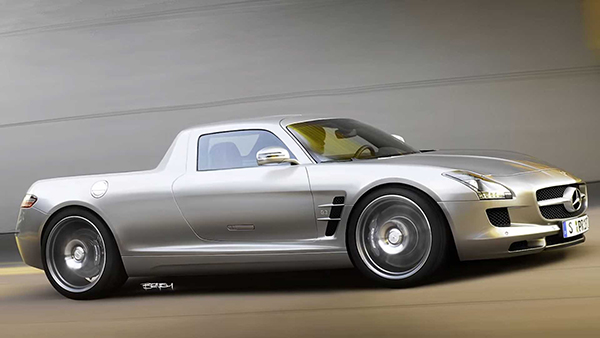 One facet not undone is shrinking some of the front-end elements such as the headlights and grille. With the shorter SLS hood, the smaller features make the overall proportions a bit better. And yes, the gullwing doors are still in place. It may be a Ute, but it’s also still an SLS.

That said, it’s certainly damn strange. We can see this redesign being a first step towards creating a mid-engine SLS, and we all know how much The Sketch Monkey loves creating mid-engine supercars from front-engine designs. We’re still not sure how we feel about this one, but it could certainly be a stylish way to pick up that new refrigerator from the appliance store.