Known as one of the most famous comedians in the U.S. to some, and as a big car collector to others, Kevin Hart loves showing that he’s made it, and a lot of that includes posts of his fleet or expensive lifestyle. Recently, it’s been all about Mercedes. 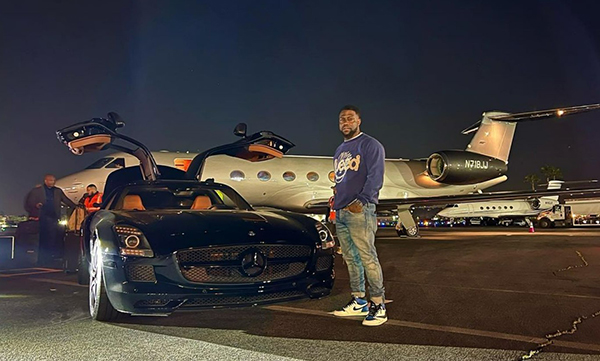 It’s pretty difficult to put a label on Kevin Hart’s preferences when it comes to vehicles. The actor has an extensive car collection that includes both modern supercars and classic muscle cars. And he loves getting in the driver’s seat in all of them.

Most recently, before one of his stand-up shows, Hart posed with a sleek, black Mercedes-Maybach S-Class, which is a stamp of luxury for celebrities nowadays, and it couldn’t have missed from his collection.

That came merely a month after adding a new muscle car to his collection, a fully restored 1969 Plymouth Road Runner with the movie Halloween theme.

Now, the comedian shared a picture with a different Mercedes and a private jet, a Gulfstream V, right ahead of one of his shows in Santa Barbara, captioning it with the message “The eagle has landed.” 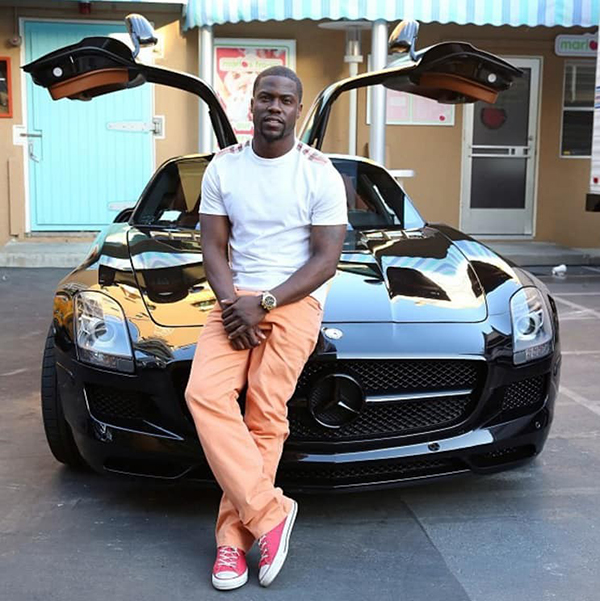 The supercar in question is a Mercedes-Benz SLS AMG, most likely a Matte Black Edition series, which Kevin’s had for at least eight years. The limited edition was meant for Japan mostly, with only five units with left-hand drive. It comes with designo magno Night Black body colour and it sports 10-spoke 19-inch AMG light-alloy wheels on the front axle and 20-inch at the rear. The SLS AMG is powered by a 6,208 cc (6.3-liter) V8 engine, which puts out 563 horsepower (571 ps) and 479 lb-ft (650 Nm) of torque.

Hart’s model is all black and the horizontal slat splitting the grille in two and the three-pointed star logo are also in black. The photos show that there is cognac leather on board and on the gullwing doors’ panels.

Given the actor’s love for expensive and fast vehicles, it would surprise no one that he got his hands on an incredibly limited edition of this model.