Mercedes-AMG has been constantly producing some of the more hardcore models on the market, and this SLS AMG Black Series is a prime example of that. 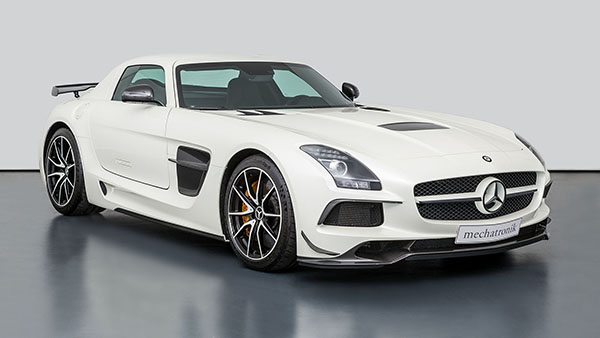 The car is being offered for sale through Mechatronik in Germany and was delivered to its first and only owner in November 2013. It was exhibited in his private collection for years and has only ever accrued 282 km (175 miles), making it one of the lowest-mileage SLS AMG Black Series models you’ll ever come across. This low-mileage is reflected in the €654,500 )$792,526) asking price.

The exterior is finished in white paint, which extends across the front grille and around the three-pointed star emblem at the front. The car also rides on the original silver and black alloy wheels and features gold brake calipers. 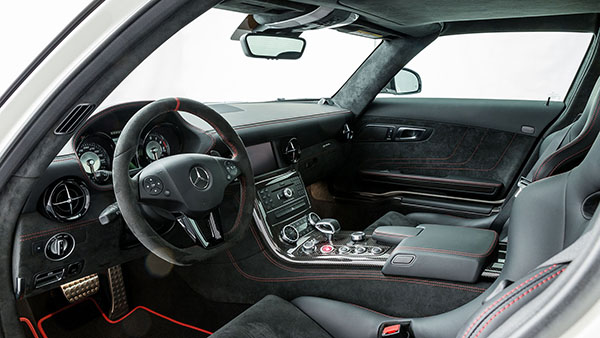 The Mercedes-Benz SLS AMG Black Series was unveiled as the ultimate version of the SLS at the LA Auto Show in 2012. AMG’s engineers tweaked the 6.2-liter naturally aspirated V8 to 622 hp at 7,400 rpm and 468 lb-ft (635 Nm) of torque. Key powertrain changes made include the fitment of a fully revised high-speed valvetrain with modified camshafts, adapted cam geometry, and optimized bucket tappets. 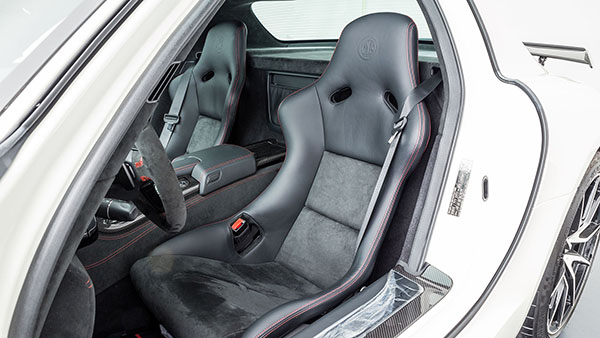 The Black Series also weighs 70 kg (154 lbs) less than the standard model thanks to the extensive use of carbon-fiber-reinforced plastic. Mercedes never publicized just how many examples it built but it is thought to have been just a few hundred.