Here’s something you won’t see happen too often: A Mercedes-Benz SLS AMG Electric Drive is going up for sale. We all remember the car and Mercedes launching it to much fanfare early last decade, but what you might not recall is the production number. Mercedes-Benz only ever screwed together nine of these electric beasts, making it an unbelievably rare supercar. 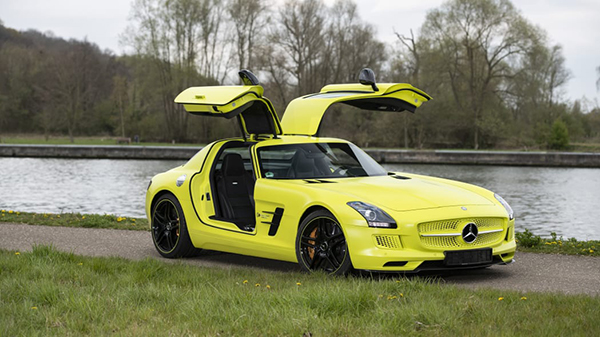 One is being offered up for sale via RM Sotheby’s now, and it’s the quintessential version of the SLS Electric done up in the car’s Green Electric launch color. Mercedes originally planned to produce and sell significantly more than nine cars, but demand never flew high enough to build anymore. The car’s original sticker price of €416,500 made it something that only the extremely wealthy automotive enthusiasts could attain. Add in a lethargic demand for electric vehicles (especially electric performance vehicles) to the equation, and that appears to have been enough to greatly depress sales. 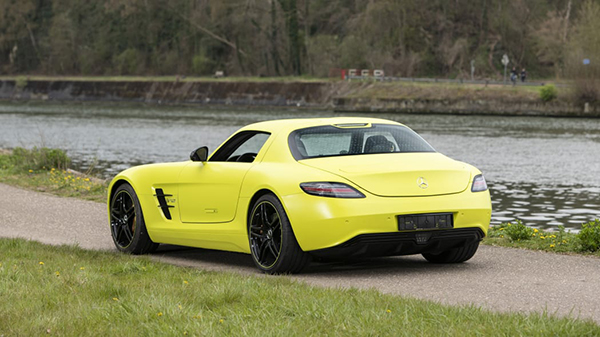 The specific example on sale now is being offered by the second owner. It was originally delivered to Switzerland, but has since migrated to the Netherlands. There are only 2,361 miles on the odometer, leaving us around a 300-mile-per-year average. Considering that the car has a range of about 245 miles on a full charge from its 60 kWh battery pack, it’s only required a handful of charges over the years to stay ready for driving. Its last service was in 2018, but RM Sotheby’s doesn’t detail what the Mercedes dealer did. We are rather curious about what service on the electric supercar entails. 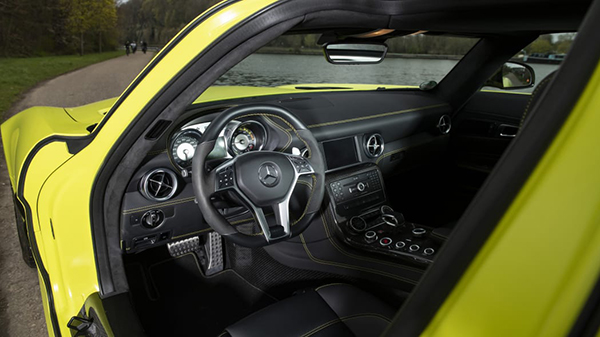 Performance specs on the SLS AMG Electric Drive were rather impressive for its 4,774-pound weight. It completed the 0-60 mph sprint in just 3.9 seconds and managed a top speed of 155 mph. That time is only 0.2 tenths slower than a regular SLS AMG GT that weighed 1,212 pounds less than the EV. The SLS Electric can thank its mega-powerful quad-motor setup for this speed. Those four electric motors combined for an impressive 740 horsepower and 737 pound-feet of torque. 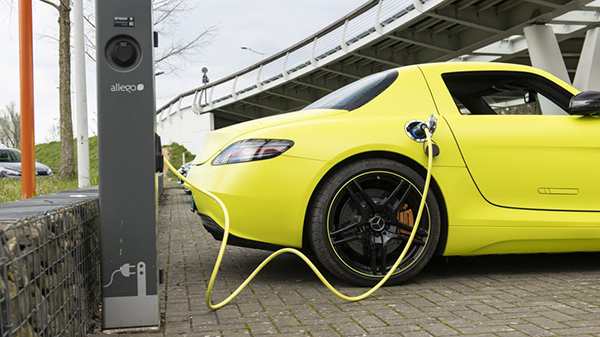 Our original review found it to be quite the hoot to drive. The car’s price was the biggest barrier to entry back then, and according to the estimate on RM Sotheby’s site, that hasn’t changed. An asking price of €1,050,000 is currently listed, more than doubling the original starting price. Converted to U.S. dollars, that’s $1,268,473. Happy buying.