Mercedes has launched a new SL for 2022 and the latest version might be the most revolutionary model in the marque’s 68-year history. AMG has been heavily involved in the development of the SL, hoping to give the luxury convertible an extra dose of dynamism to go with the slew of new technology. 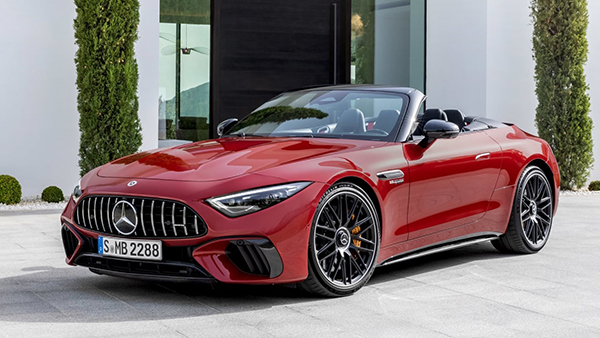 The new Mercedes SL is available to order now, at prices from £108,030 for the SL 43 to £179,225 for the full-fat SL 63. All models receive the ‘Mercedes-AMG’ moniker, denoting Affalterbach’s core involvement in the SL project.

According to AMG boss Philipp Schiemer, the new SL “combines sports cars and driving dynamics of AMG with the comfort and luxurious appeal of Mercedes.” This revised focus perhaps isn’t so surprising given fewer than one per cent of the cars sold by Mercedes around the world were sports cars in 2020 – representing 17,800 of total sales that were more than two million.

AMG has developed an entirely new platform for the SL called Modular Sports Architecture (MSA), which will be shared with the next-generation AMG GT at the very least, while several key changes to the car’s design have been introduced, to reposition it. 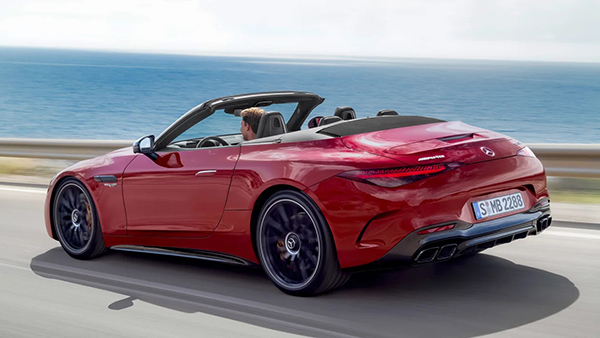 New Mercedes-AMG SL: prices and engine range
The range kicks off with the £108,030 SL 43, which uses a 2.0-litre, turbocharged four-cylinder with 375bhp and 480Nm of torque. Power is sent to the rear wheels through the same nine-speed automatic gearbox used on every other SL model. 0-62mph for the SL 43 is dealt with in 4.9 seconds and the top speed is 171mph.

The 2.0-litre engined version unsurprisingly has the lowest emissions with 206g/km and greatest efficiency at 30.1mpg. Both V8 cars emit 292g/km of CO2 and have an average economy figure of 21.9mpg. The more powerful SL 63 version comes as standard with active engine mounts, which stiffen or slacken automatically, in much the same way as an automatic adaptive suspension system. These are an option on the SL 55. 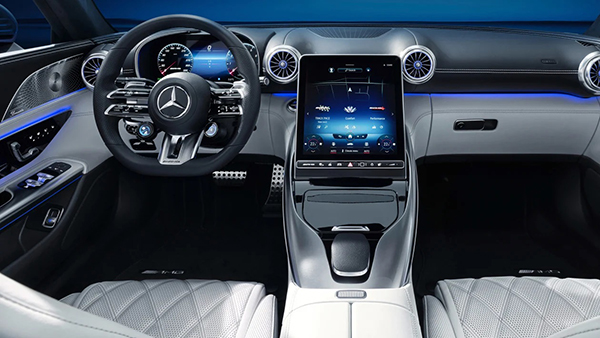