Daimler on Wednesday was launching the new model of its Mercedes-Benz S-Class luxury sedan, which it hopes will help return the German carmaker to profitability next year after the coronavirus pandemic slashed demand for high-end vehicles. 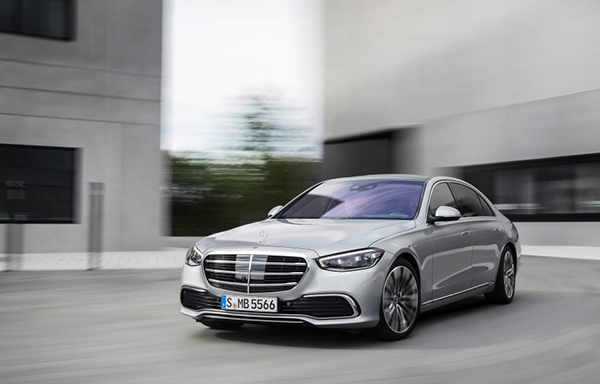 Daimler has launched a new S-Class every seven years for decades, but this year’s launch of its most profitable model is particularly important for the company as it battles the fallout from the pandemic and a costly switch to electric cars.

“The S-Class is an important driver of image and, measured by margin, the largest source of profits,” says Frank Schwope, an analyst at Norddeutsche Landesbank.

CEO Ola Kaellenius is leading a cost-cutting drive after Daimler reported a 30% slump in second-quarter revenue and a loss before interest and taxation of 1.68 billion euros ($2 billion).

Kaellenius flagged signs of a recovery in demand in July, especially for top-end Mercedes-Benz models and electric vehicles, and analysts have also pointed to a strong rebound in China, the most important market for Mercedes-Benz.

Daimler could sell 95,000 S-Class cars in 2021, which with prices at more than 100,000 euros each could contribute more than 2 billion euros ($2.4 billion) to the company’s results, estimates Daniel Schwarz, a car analyst at Bank Mainfirst.

Daimler does not detail profitability of different models, but analysts estimate the margin on the S-Class at 15-20% of sales.

The S-Class should benefit from being the newest premium model on the market as it competes with BMW’s 7 Series and Audi’s A8, which were launched in 2019 and 2017.

Daimler is also due to launch the electric version of the S-Class called the EQS next year, although analysts caution that will not be the same money-spinner for the company.

The S-Class provides some comfort for employees concerned about their jobs due to the pandemic and the switch to electric vehicles — it will be produced at a brand new factory in Sindelfingen in southern Germany, near Daimler headquarters.

The factory cost 730 million euros ($865 million), and more than 1,500 employees will work on an ergonomic assembly line, which Daimler says will be 25% more efficient than its previous location.