All New Mercedes-Benz S-Class is here, and like its predecessors, it’s a technological powerhouse that moves forward the state of the automotive art. The new S, which will launch in America next year, is claimed to have more computing power than any car ever created. While its mighty silicon brains are brought to bear on things like personal profiles for up to eight drivers, MBUX voice-assistance functionality for each individual seat, active ambient lighting and other interior delights, an active suspension that can prepare the car for a side impact, and much, much, more, it’s also being turned toward our autonomous future. 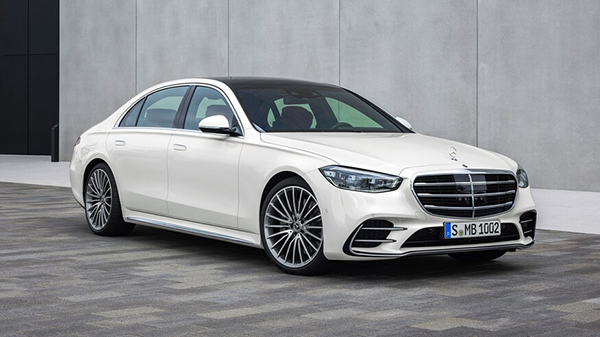 The new S comes preloaded with the ability for both SAE-designated Level 3 and Level 4 autonomy; the difference between the levels is that Level 3 autonomy requires a driver be available to immediately intervene should conditions dictate. Level 4 automated driving is the full autonomy we’ve all been told is coming—you can, say, go to sleep—but it must take place within a geofenced or otherwise designated area. Level 5, of course, is full autonomy where the car can drive itself anywhere, any time. 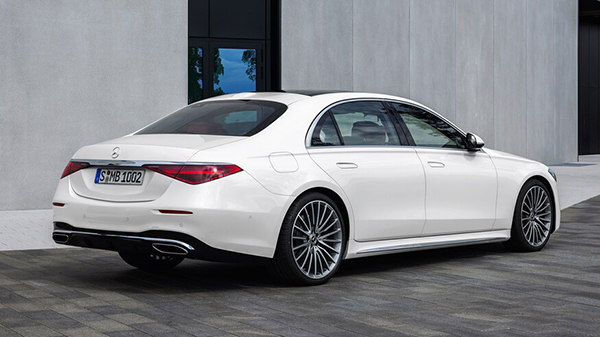 The current S-Class, as well as many other Mercedes and vehicles from other companies, is capable of Level 2 driving, which can handle lane-centering, braking and accelerating, and even lane changes, but the driver must remain alert and in control at all times and leave a hand on the steering wheel. (In our experience, this system still requires some work, as it can allow the car to lurch within its lane while driving straight and toward the outer line during lane swaps.) The new S-Class is of course capable of the same, but it moves into parity with other flagships like the Audi A8 with a Level 3 system Mercedes is calling Drive Pilot, which it plans to activate via over-the-air updates in certain markets starting in the second half of 2021. 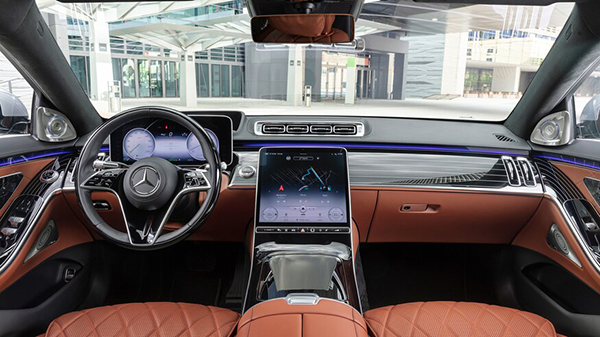 Germany comes first, and when S-Class owners there are able to access Drive Pilot, their cars will drive themselves in designated areas up to the legally restricted maximum speed of 37 mph. It will automatically determine proper speed, distance, and location within a lane while the driver partakes in non-driving activities that still allow them to take control when needed. The system will be activated and controlled via switches on the left and right steering-wheel spokes. 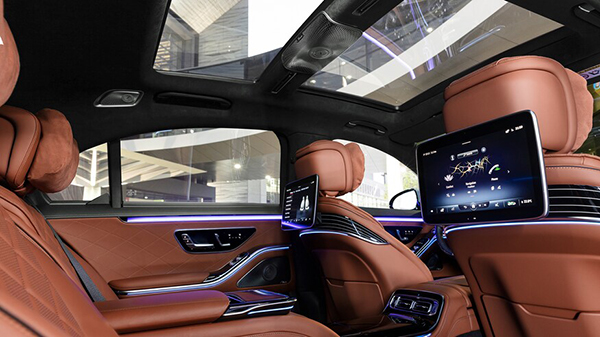 If the law changes, the Drive Pilot program is preprogrammed to operate at higher speeds, an ability that can be unlocked via wireless update. Should a driver be incapacitated or otherwise unavailable to resume control when the S-Class reaches the end of a Level 3 designated area or conditions won’t allow the system to operate, the car will brake itself to a stop, activate the hazards, call emergency services, and unlock the doors. Mercedes hopes to offer the system in markets including the U.S. and China, but owners in such countries will have to wait until legislators legalize the use of Level 3 systems.

The Level 4 ability baked into the S-Class—and which can be activated later—is at this point restricted to automated valet parking (AVP) functionality via Intelligent Park Pilot. It builds on Drive Pilot and lets the S-Class park all by itself in parking garages equipped with AVP systems and sensors. As such, the car would be stopped at an egress point, all occupants would get out, and the driver would tell the car to go park via a smartphone app. The process can then be reversed when the car needs to be retrieved.