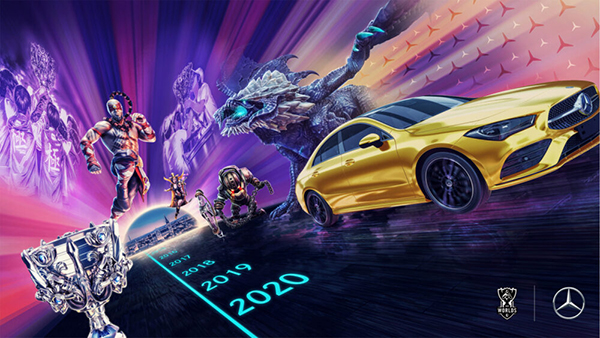 “We decided to partner with Riot Games because we strongly believe in esports,” says Bettina Fetzer, Vice President Marketing, Mercedes-Benz AG, in a recent press statement. “League of Legends is one of the most popular games in recent years. By collaborating with Riot Games on a global level, we want to play an even more active role than before in shaping the future of esports. We also want to inspire fans with enthusiasm for our brand in a playful dialogue.”

Mercedes-Benz will be the first-ever presenting partner of the Trophy Ceremony at each of the three global events, honoring the outstanding performances of the best in the world, with over 120 teams around the globe competing year-round for the chance to hoist the illustrious Summoner’s Cup at Worlds. That trophy presentation has quickly become the pinnacle of success in esports, the iconic moment in LoL Esports for teams and fans around the world.

Throughout the course of the partnership, the luxury automotive brand will also create branded content, provide transportation to pro teams at major events, and engage in a broad variety of global activities beginning with the 2020 League of Legends World Championship, the most prestigious esport event in the world celebrating its 10th anniversary this year.

“As the first luxury automotive brand to embrace esports at a global scale, Mercedes-Benz has developed a deep understanding of the unrelenting passion fueling the game and the League of Legends esports community,” said Naz Aletaha, Head of Global Esports Partnerships, Riot Games, in a recent press statement. “Mercedes has been synonymous with excellence for nearly a century, and we are excited to combine our shared appetite for innovation to bring great sporting moments to the global League of Legends stage.” 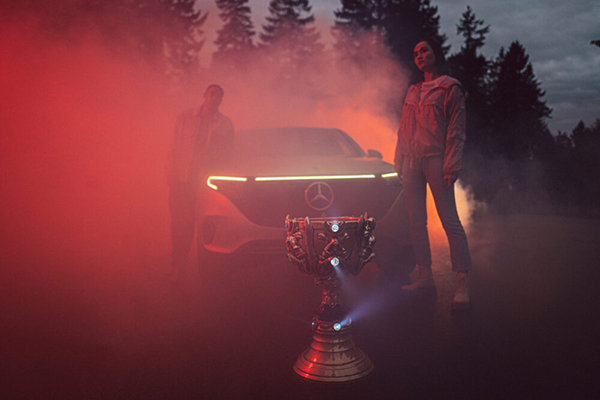 The partnership between Mercedes-Benz and Riot Games is the latest – and biggest – step taken by the German car manufacturer to attract young and connected audiences within the fields of sports and entertainment.

Among other global sponsorships like motorsports, football (soccer), professional golf and tennis, Mercedes-Benz has been a top sponsor for the LPL for nearly three years, collaborating with the popular Chinese league last year on the region’s journey to the 2019 World Championship, where millions watched FunPlus Phoenix take home the coveted Summoner’s Cup.