Mercedes-Benz was granted permission to resume production after World War II 75 years ago. In November 1945, started manufacturing platform vehicles, panel vans and ambulances based on the 170 V passenger car. 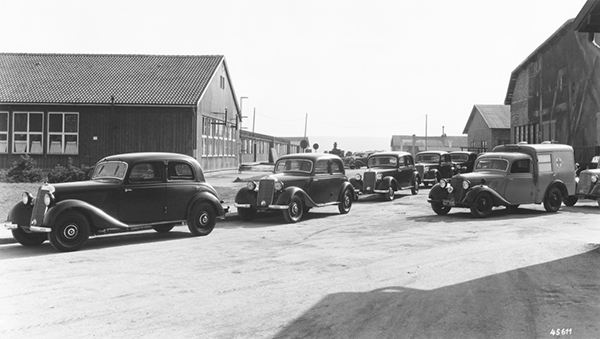 Mercedes-Benz has presented the pre-war model back in 1936. The license from 1945 extended to 1946. Therefore, in May, the first 214 units rolled off the final assembly production line at the Sindelfingen plant. The first delivery panel deliveries started in June, the ambulances followed in September and a police patrol car – In October.

One year later, the Mercedes-Benz 170 V four-door saloon was the ambulance car of the brand. And it stayed in production from 1935 to 1942. As an ambulance, it reached a top speed of 108 km/h. 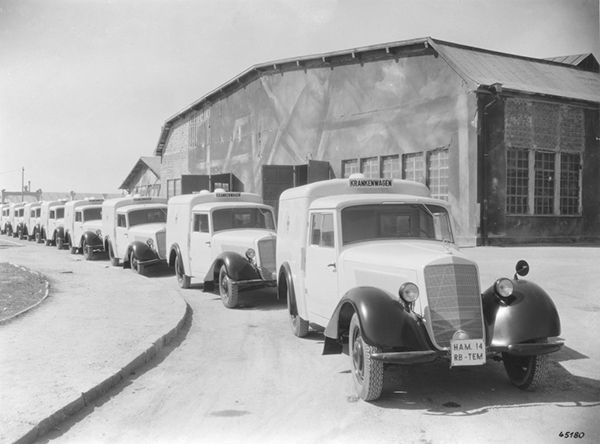 Post World War II production suffered from shortage of material
The production of passenger cars needed relocation from Underturkheim to Sindelfingen. The transportation of the car bodies was difficult and involved many resources. The hauling of drive unit components from Unterturkehim to Sindelfingen was easier.

The vehicles featured very basic equipment. No chrome parts on the exterior and a cabin limited to functionality were enough at that time. From time to time, production suffered due to shortage of material and components.

With hardly any sheet metal available, engineers had to improvise. Thus the cab ended up consisting of a simple, but lightweight, wood-fiber hardboard design. They subsequently installed side windows and doors locked by means of simple rim locks. With no insulation, it was terribly cold inside in winter. The dashboard featured black simple dials.

The M 136 four-cylinder engine was the first engine produced at the Unterturkheim facility after the World War II. It was a 1.7-liter unit that developed 38 horsepower. 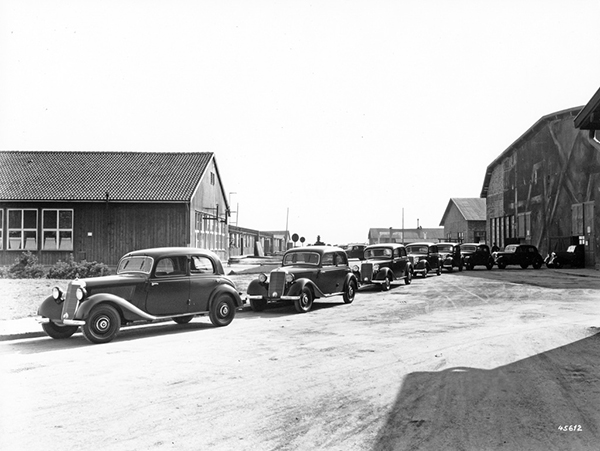 The post World War II Mercedes-Benz passenger car, traded on the black market
The four-door 170 V saloon came in July 1947. It used to cost 6,200 Reichsmark, a price set by the Government. At that time, customers could only order one Mercedes-Benz, be it passenger car, bus, coach, van or truck. Its popularity skyrocketed and it ended up being traded on the black market with prices as high as 100,000 or 120,000 Reichsmark.