Professional boxer Jermell Charlo knows that, sometimes, it’s not enough to own a luxurious ride like the Mercedes-Maybach GLS 600 to turn all the heads on the street. To make it even more expressive, a new wrap and some aftermarket wheels will always do the trick.

Jermell Charlo is currently the undisputed light middleweight world champion, holding the WBC title since 2019. He added the WBO title in May 2022, and the WBA, IBF, and Ring magazine titles in 2020. Thanks to this, he is estimated to have a net worth of $3 million. Which helped him get several luxury cars, including a Mercedes-Maybach GLS 600 4MATIC.

Charlo opted for the GLS 600, but it wasn’t enough to own this luxury SUV as is. Initially, his came with a black exterior, but he decided to give it some upgrades. He worked with “Big Ash,” aka 713AB on social media, who gave the Maybach a new makeover. 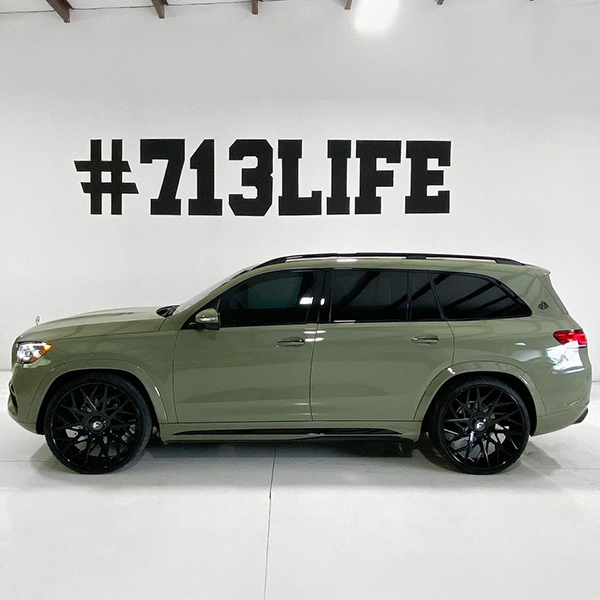 Besides the Mercedes-Maybach GLS 600, the professional boxer also owns a Lamborghini Aventador S, a Lamborghini Urus, a Mercedes-AMG G 63, and a Rolls-Royce Cullinan.