German magazine auto motor und sport has tested the Mercedes GLE 350 e 4Matic PHEV SUV and tells us how much it consumes with empty and full battery battery and what real electric range it has. Fuel consumption comparison with Mercedes GLE 350 de 4Matic.

Like Mercedes GLE 350 de 4matic, the petrol version impresses with its comfortable Airmatic air suspension, available as an option, and its comfortable interior but the steering has not enough feedback.

The turbocharged 2-litre petrol engine works tense, is noisy under load and it begins to show its limits from 3000 rpm upwards. The petrol PHEV is not as economical as the diesel PHEV and the difference of 2 l/100 km is significant. So, the diesel PHEV seems to be a better choice at least from the efficiency point of view. 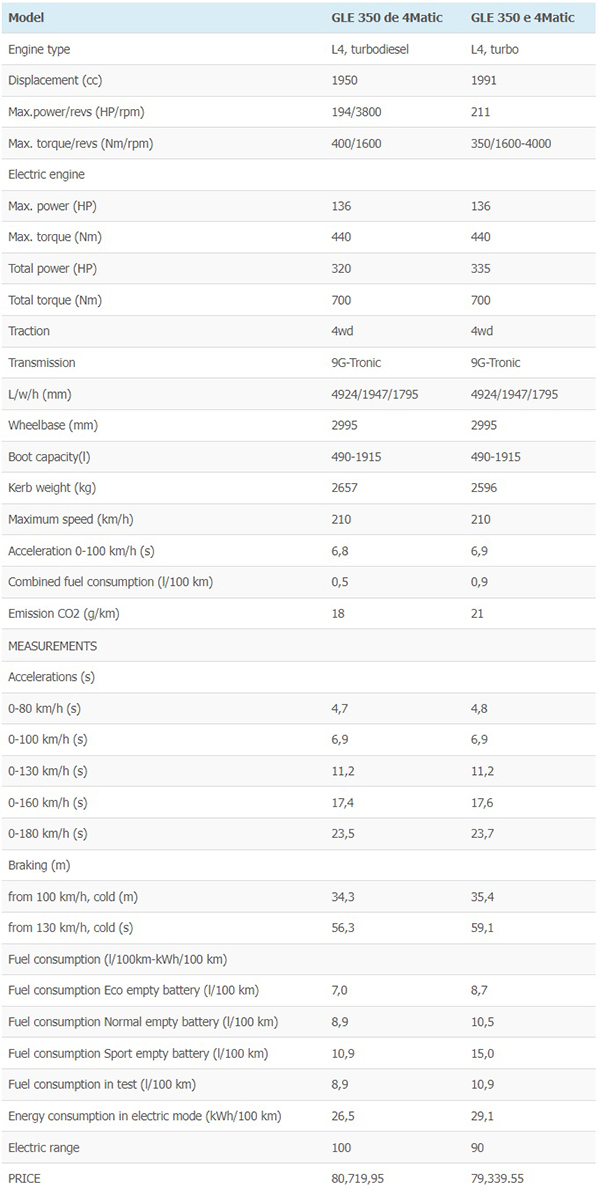