Certain things are, it seems, too good to be true. I’ve never forget when, on the New Mercedes-Benz GLE launch the 1,000-watt lightbulb exploded over my head and I realized that Free Driving Assist—the luxury SUV’s ability to hop up and down to free itself from sand or snow—can be used on dry pavement, pretty much whenever you want provided the vehicle was within the system’s operating parameters (i.e., low speed or stationary).

Mercedes’ PR professionals were none too happy at the time, but I did not let that stop me from filming half a dozen GLE-Class “bouncy bounce” videos for Instagram. “You’re going to be really popular in East L.A.,” I said to the German engineer who designed the fast-moving hydraulic pumps that make E-ABC (E-Active Body Control, otherwise known as the bouncy actuators) work. “Why,” he responded with a smile in his young, German eyes. “Do they have a lot of off-roading in East Los Angeles?”

Thing is, at $8,200, E-ABC ain’t cheap. That’s quite a bit more than the $1,710 Airmatic air springs option, which honestly rides about 85 to 90 percent as smoothly as E-ABC. Sure, you lose the Curve mode—that keeps the hefty SUV flat through corners—and the ability to go off-roading in East L.A. or the sort of sweet tandem owner-vehicle dance moves in the video above showing the E-ABC system at work. 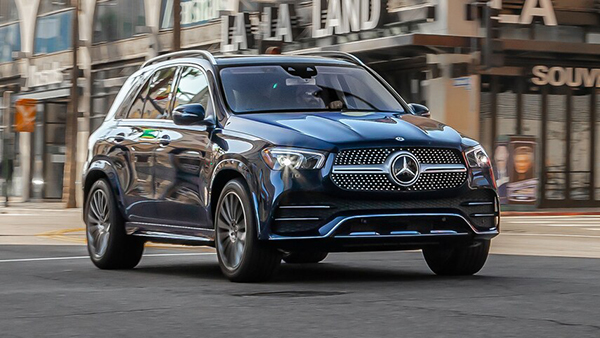 But most customers don’t care. Also, Americans don’t order cars. We show up at dealerships, demand to pay below invoice for whatever they have laying around the showroom, and then curse the entire process for the next 84 months. The point is that American Mercedes dealers were not ordering GLE’s with E-ABC. So, Mercedes-Benz North America dropped the system entirely as an option for the GLE-Class starting in with 2021 model year, and has limited eABC to only the high dollar, V-8-powered, three-row GLS580. No more bouncing six-cylinder or GLE-badged Benzes.

We reached out to Mercedes-Benz for comment and received the following:

“We constantly evaluate our portfolio to ensure we simplify the ordering process for our dealers and customers. We’ve decided to continue offering eABC as an option in the GLS 580 and standard on the GLS 600 Maybach, but have removed the option from the GLE/GLS450 as a result of low take rates.” 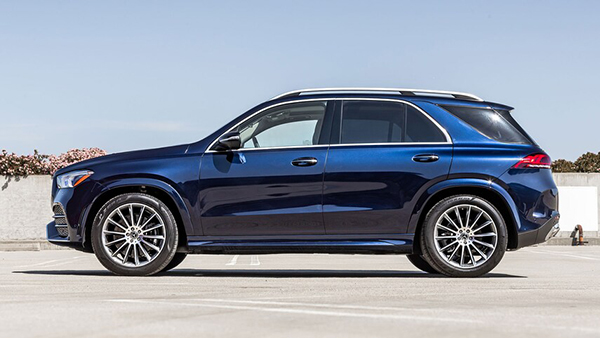 Additionally, MB added: “The technology will be used in sedans like the S-Class and the S-Class Maybach, but sedans won’t offer the bouncy bounce mode that you’ve come to love.”

If we’re interpreting this correctly, Mercedes is saying that it is possible to get E-ABC to make a Maybach S650 bounce, but there’s no practical reason for the sedan to have such capability, so Benz left it out. Does anyone else suddenly have an itch to hack a Maybach to make it hop?

As far as dropping E-ABC from the GLE goes, it feels like a huge loss. Can you really put a price on the smile my four-year-old makes when I start bouncing the Benz in the Starbucks drive thru? No, you cannot. I get the adults-in-a-room decision, but I do not like it. That said, the still-bouncy Mercedes-Benz GLE450 MotorTrend has as for a long-term test evaluation just got that much harder to give back!