Most companies would never shove a supercar-sourced V8 and various other performance bits into a compact crossover. We wish they would though, because that’d mean more crossovers like the 2020 Mercedes-AMG GLC 63. Packing a twin-turbocharged V8 (one of the few remaining eight-cylinders in the class) good 469 horsepower, a more track-ready suspension setup, and a trim-exclusive Sport Plus drive setting, the GLC 63 more resembles a German sports car on stilts. 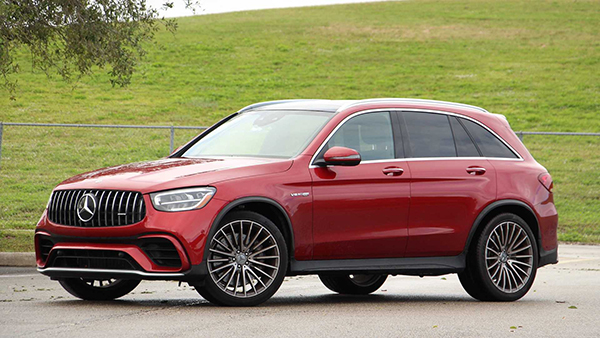 For 2020, the entire GLC range (63 included) gets an update that adds improvements both inside and out. There’s a revised front fascia, now-standard LED headlights, and trapezoidal exhaust tips on the exterior, as well as latest MBUX infotainment system and a new multi-function steering wheel inside. But one thing that doesn’t change is the range-topping GLC 63’s insane performance, inarguably its best feature. 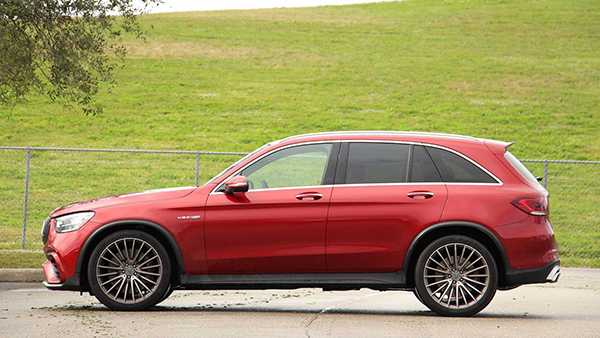 First, let me go on record as saying I don’t like the AMG-all-the-things approach that Mercedes-Benz is taking. The high-riding AMGs are almost always worse than their sedan- and coupe-based counterparts. But after a week with the GLC 63, I’m head over heels for this hot-rod crossover, despite our tester being the less-powerful, non-S variant in the standard crossover body. 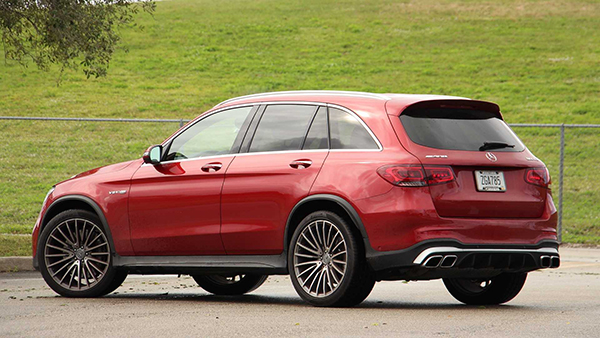 Much of that comes down to the character of this car. Unlike my Floridian counterparts, who drove the red vehicle pictured here, my GLC 63 wore a menacing black-on-black aesthetic, which showed off the subtle brightwork of its AMG GT-inspired grille and 20-inch twin-five-spoke wheels well. This remains the meanest looking GLC I’ve ever laid eyes on. 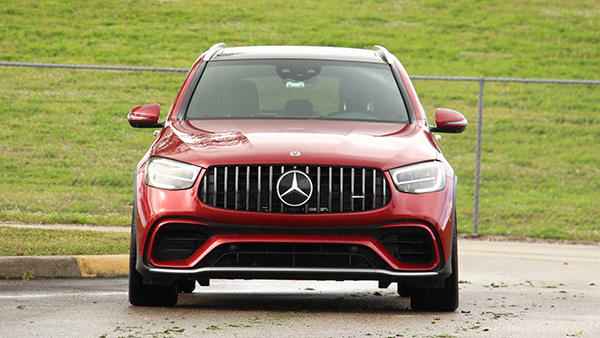 Hold one of the paddles down while tapping the engine start button, and the twin-turbocharged V8 fires up with higher revs and the exhaust baffles open, allowing more noise to exit the squarish quad exhaust tips. The engine hushes up after a moment, though, unless you tap the button to re-open the exhaust flaps. Honestly, if AMG is going to give us this more emotional start option, using it should simply force the exhaust baffles to remain open. Button pushed, the V8 settles into a throaty, un-crossover-like burble that draws stares from any passerby that the intimidating style fails to take in. 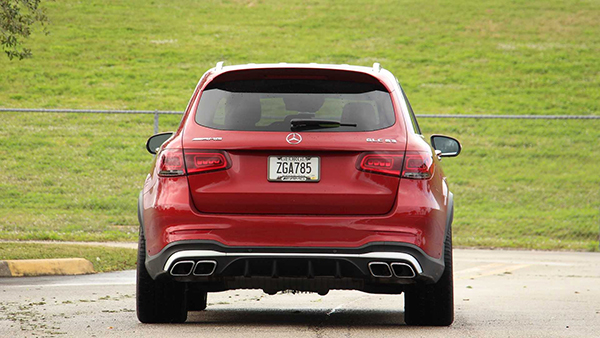 All this excitement and flare happens before even setting off. On the road, the GLC 63 drives like a tall C63 – beautifully aggressive and utterly engaging. Every aspect plays well together, from the way the suspension helps the fat tires (winter-spec Michelin Pilot Sport Alpins, in my case) grip the road to the interaction between the lighting-quick nine-speed auto and V8 engine to the responsive, properly weighted steering. This is a genuinely fun vehicle to drive. 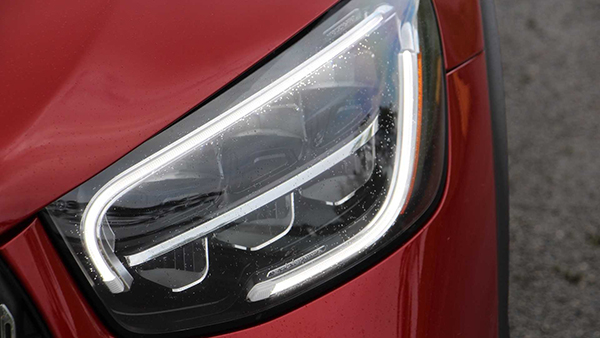 The only real downside to the GLC 63 is that getting the most powerful example, the GLC 63S, requires the obnoxious crossover-coupe body. The two-box GLC is more functional and I’d argue more attractive. The Coupe does offer more power – 503 horsepower and 516 pound-feet to 469 hp and 479 lb-ft – but that improvement isn’t worth sacrificing the style and versatility of the standard GLC body. 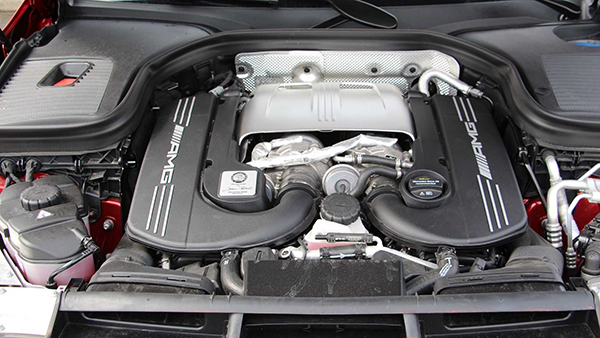 The Mercedes-AMG GLC 63 looks great, drives well, and has a nice cabin (even if it isn’t the most modern of the lineup). But the twin-turbocharged 4.0-liter V8 is the star of the show. Good for 469 horsepower and 479 pound-feet of torque, this engine is absurdly good. It’s the same V8 as in the AMG GT and others, and the fact that it lives underhood of the GLC crossover at all is a feat. 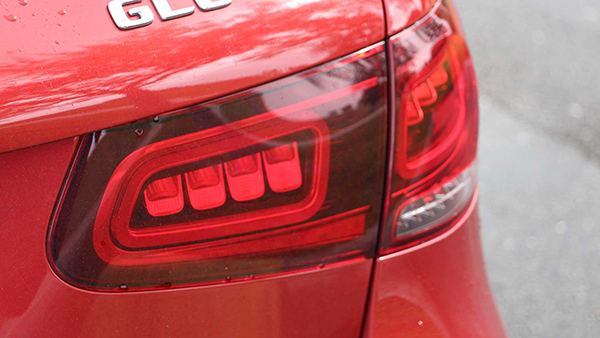 Mash the gas pedal and the GLC 63 rockets to 60 miles per hour in 3.8 seconds. The way this crossover moves off the line is supercar-esque, able to pin both driver and passenger into their seatbacks with relative ease. The Pirelli P-Zero high-performance tires (265/45R20 front and 295/40R20 rear) are extremely grippy, the nine-speed dual-clutch transmission is lightning quick, and in both Sport and Sport Plus drive modes, there’s an addictive sound that emanates from the exhaust when you gun it. 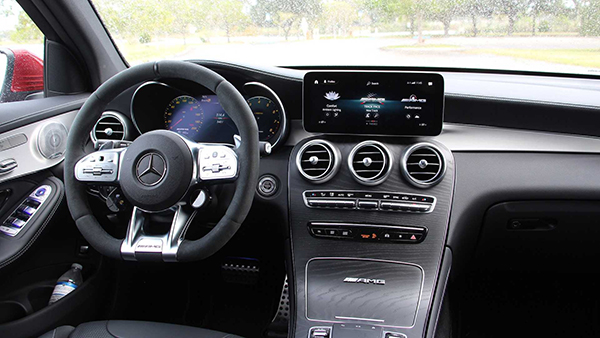 In the corners, the GLC 63 acts like a lifted version of its two-door sibling. In those two aforementioned drive modes (Sport and Sport Plus), the GLC 63’s steering feels weighted yet direct. The suspension is very stiff (probably a touch too stiff), but yields physics-defying agility, and throttle, at speed, is easy to modulate and delivers torque instantly. Unfortunately, throttle response from a standstill is a bit vague, and the GLC 63 feels less than eager to perform in Slippery and Comfort modes, while it acts overly aggressive in Race mode. Save that latter setting for the track. 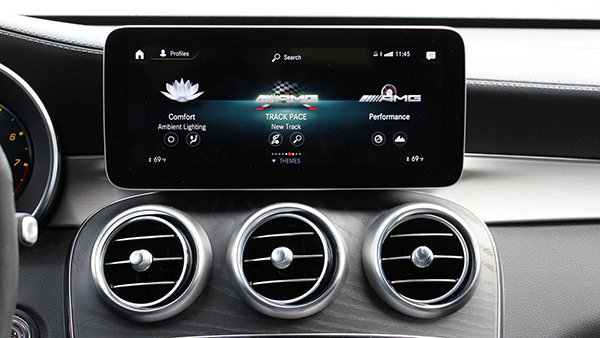 But as much fun as it was driving the GLC 63 over Christmas break – across Florida county lines, and back and forth from family – all those miles meant multiple fill-ups. This crossover loves to drink fuel, and the expensive stuff. The hand-built V8 only takes 91 octane and above; with current gas prices in South Florida, $25 fills up just half of the tank, while $40 still doesn’t top it off. At its best, the GLC 63 gets just 22 miles per gallon on the highway. 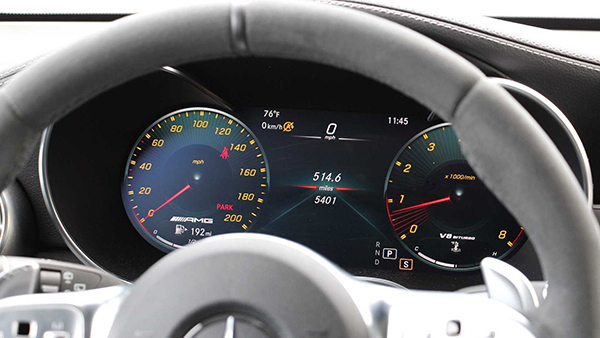 My colleagues have done a great job explaining what it’s like to drive the GLC 63. So allow me to emphasize one category a bit more – the noise! Here in the GLC and in other AMG products, the 4.0-liter twin-turbo V8 is an absolute monster. While the power it produces is substantial, just about any way you quantify it, the noise is what gets me most. 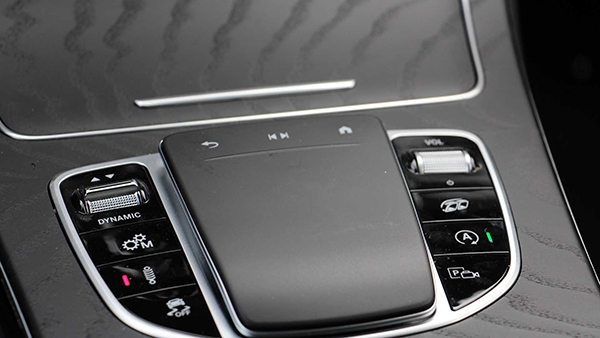 Especially when stuffed inside a compact crossover like the GLC, the AMG V8’s soundtrack is just fantastic. Downshifts are accompanied by bangs and pops, while lengthier acceleration runs produce noises reminiscent of an old muscle car. Even at idle, the engine makes its presence known. With AMG emphasizing hybridized powertrains and inevitably, fewer cylinders in the future, let’s rejoice in celebrating the AMG V8 while we can. 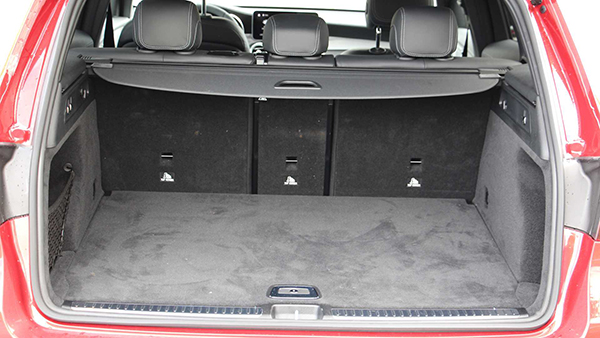 But Mercedes-AMG went a little too wild with the styling on the GLC 63, flaring out the wheel arches (to accommodate bigger tires) and overstyling the front and rear fascias. It’s undoubtedly more aggressive, but, at least to my eye, isn’t a home run. This sort of treatment works well on a sedan or coupe, but on a crossover it just seems too forced – like the designers fed the GLC growth hormones it didn’t need. Give me the AMG V8 with a less dramatic GLC body and we have a winner. But nobody likes the person that wants more subtle styling, right?