The original model was initially supposed to only be built only as a limited-edition model but immense demand from all corners of the world persuaded Mercedes-Benz to introduce it as standalone model, part of the previous G-Wagen lineup. 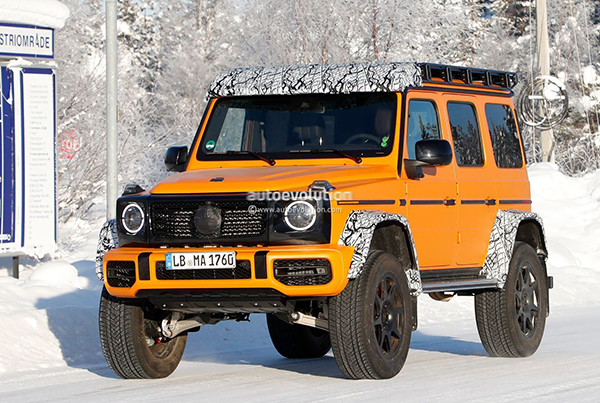 Essentially a four-wheeled brother of the mighty G 63 AMG 6×6, which was the first production G-Class to introduce the highly efficient portal-axle technology from the Unimog to passenger cars, the first G-Class 4×4 Squared had a successful three-year career until the car it was based on received a new generation in 2018. 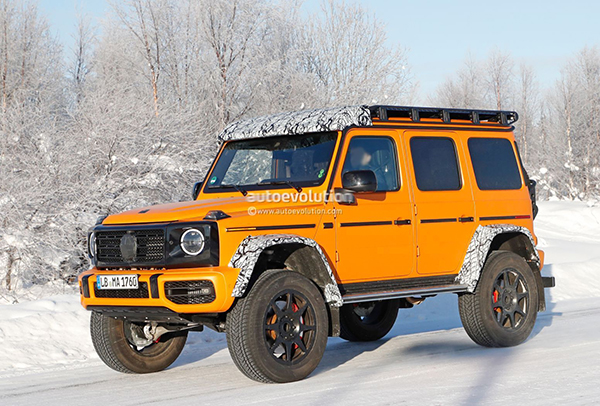 The current G-Wagen has already been for over two years on the market, so Mercedes-Benz is currently working on an all-new 4×4 Squared version, whose pre-production prototypes have started to be sighted more and more by spy photographers in recent months. 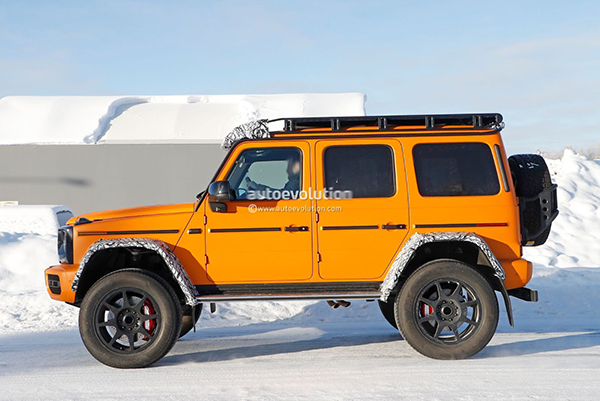 The latest prototype to be caught testing in the snowiest and coldest parts of Lapland is a U.S.-bound model, made evident by the orange side markers in the side trim. 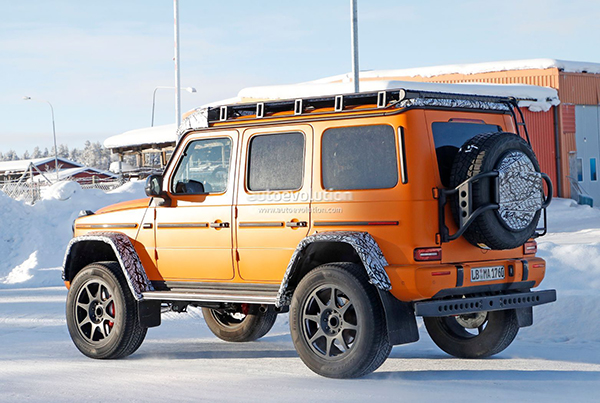 As you can see, the side markers aren’t the only orange detail of the car, as the entire model is drenched in a particularly impressive shade of ‘AMG Sunset Beam’ orange, which was initially part of a not-exactly inexpensive Crazy Color line of paints on the previous generation G-Class.

Depending on how much lights hits it and the surroundings, the AMG Sunset Beam colored-SUV can remind someone of an American school bus, with the super tall prototype looking perfect for a world in which school runs are made over the roughest of terrains. 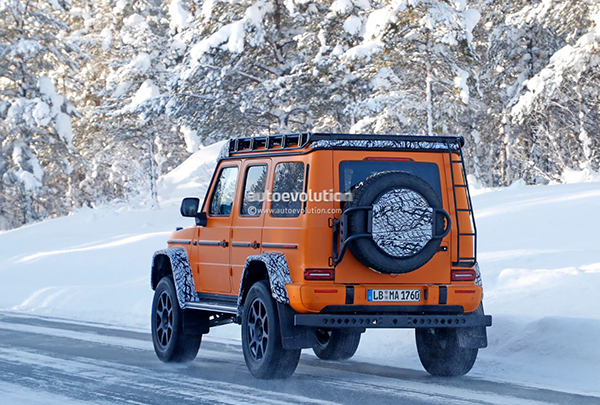 While the first G-Class 4×4 Squared featured portal axles both front and rear, the new model appears to use that solution only on the rear, with the front end getting some massive control arms that wouldn’t look out of place on a Dakar Rally racing car.

As made evident by one of the spy photos in the gallery, the 2022 Mercedes-Benz G-Class 4×4 Squared absolutely trumps a regular G-Wagen in height, with the massive 22-inch wheels appearing to be capable of traversing over almost any type of terrain.