Mercedes-Benz G65 AMG 6×6 is a pretty rare specimen, so it is such a treat seeing it every now and then. Making the vehicle special is when tuners have hit the sweet spot in customizing it like this particular unit being sold at the Dutch dealership of Auto Leitner for almost a million dollars. 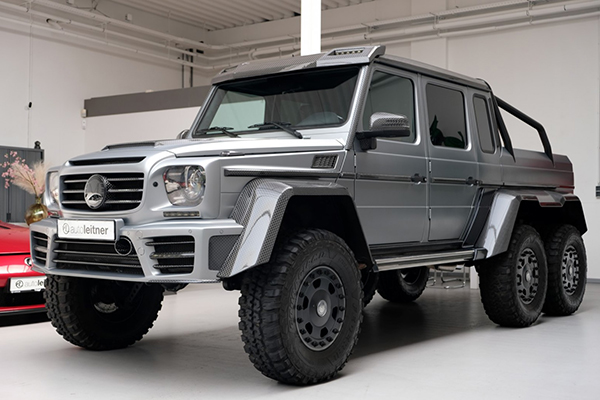 It rolled off the assembly line as a Mercedes-AMG G 63 6×6, but it became a G 65. We’ll explain. But before that, you must know it’s for sale for almost a million dollars.

If you’ve got a million to spare and a high-ceiling garage, then this is the car for you. It’s actually a monster pickup truck that Mercedes built back in 2013 in Graz, Austria. That’s where the standard G-Class sees the light of day.. The exact number of the units they manufactured is yet unknown and it will probably stay that way. But what we know for sure is that most of them ended up in the Middle East, to go dune-bashing in the deserts around Dubai, for instance. 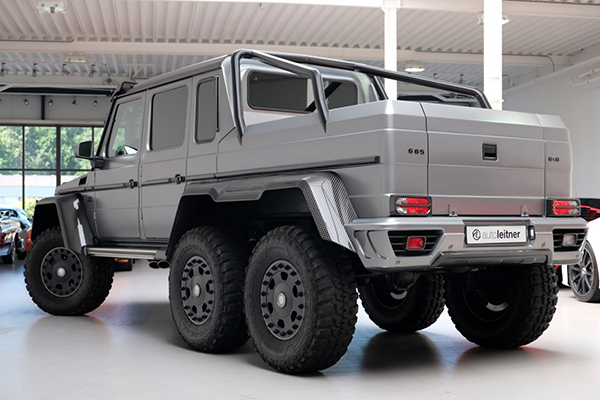 We have one here though, that stayed far from the sand dunes and lived a quiet European life instead. Now it’s for sale for €775,000. That would be almost one million dollars. That would be around $815,130. Ok, we’ve exaggerated a bit. But this Mercedes-AMG G 63 is worth the exaggeration.

Well, a former G 63, actually. The seller, a dealership from the Netherlands, sells is as a G 65. And we’ll tell you why. Mansory got their hands on this baby here and what came out of their shop is pretty different from what came in. They replaced the stock 5.5-liter V8 with a 6.0-liter V12. That move took it from the standard 536 HP (544 PS) all the way to 604 HP (612 PS). Right, no one buys a three-axle giant with Unimog-style portal axles and a 460-millimeter (18.1 inch) of ground clearance to go racing. But maybe whoever pays that much for a ride need to know it’s all there under the hood, split in six, via the AMG Speedshift Plus 7G-Tronic transmission. 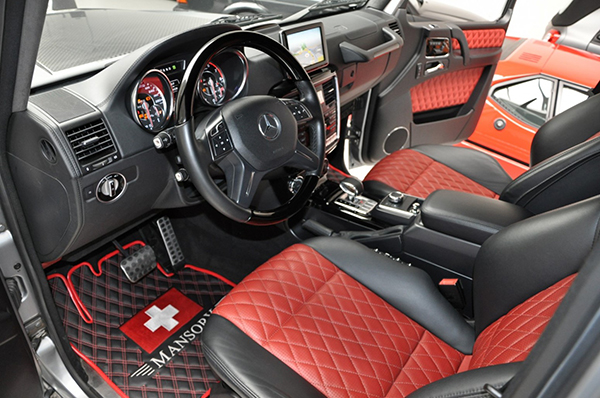 There is plenty of carbon fiber on this 6×6, there are additional roof lights and there are new meaty off-road tires. The Mansory logo replaced the three-pointed star in the radiator grille. Meanwhile, the red-and-black onboard combo is the “Look at me!” kind.