Sensitive to the worldwide-known Star Wars enthusiasm, Mercedes-Benz celebrates Star Wars Day by sharing a post with the caption “May the 4th be with you!” 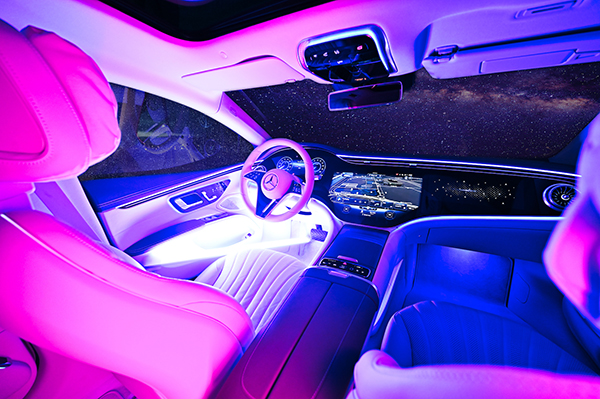 May the 4th is Star Wars Day. How did we get here? The answer is simple. May the 4th sounds just like the Jeddi salute “May the Force be with you!” General Dodonna is the first who said in “Star Wars: A New Hope”. It was then often repeated by the Jedi Master Obi-Wan Kenobi.

Disney started celebrating the Star Wars Day on May the 4th in 2013. But the first time Star Wars enthusiasts pointed out that “May the Force” sounds similar to “May the 4th” was back in 1979. On May 3rd that year, Margaret Thatcher became the Prime Minister of England. Her party, the Conservatives, promoted an ad in the London Evening News, a paper that is currently under the Evening Standard umbrella. The ad read “May the Fourth Be With You, Maggie.”

Now, to celebrate the special day, Mercedes brings the EQS and its Vivid Flux Sound Experience to the stage. In a post on its Facebook page, the premium carmaker claims that “it will take you to new dimensions.”

“This is for you, space travelers. May the 4th be with you,” they add.

But what is the Vivid Flux Sound? All cars equipped with the Burmester surround sound system benefit from the presence of this soundscape. Mercedes describes it as being “crystalline, synthetic, yet humanly warm.” Driver can turn it on or switch it off via the central display of the MBUX. Once it’s one, occupants get to hear the sound that they would normally hear in a cinema theater when watching a Star Wars movie. Well then, May the 4th be with you on the highway while driving, too!