With the advent of electrification, automakers around the world are being presented with brand new problems to solve. What should an electric car sound like and how shall we imply movement when the engine is no longer clattering under the hood?

Mercedes announced back in March that its electric flagship model, the EQS, would be offered with two sound options when fitted with the Burmester surround sound system. What you hear in the video below is the “Vivid Flux” option.

Designed to imply action and movement, the sound has reminded some of a pod racer from “Star Wars: Episode 1 – The Phantom Menace,” as pointed out by u/MattTheBrofessor on Reddit. Indeed, the swelling, pulsing sound is Star Wars-like. 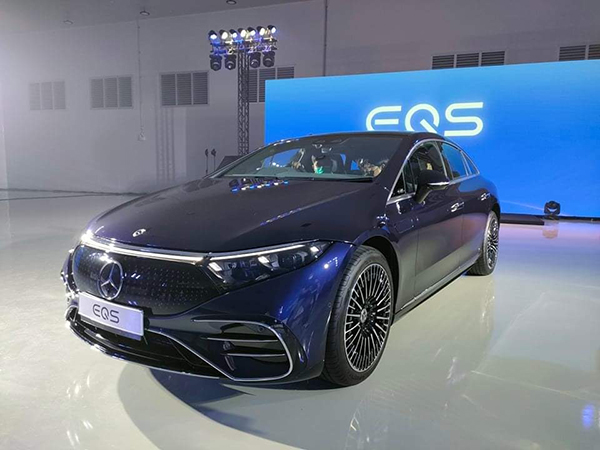 Mercedes describes the Vivid Flux sound as being aimed at EV enthusiasts. The “crystalline, synthetic yet humanly warm” sound is meant to stir emotions and inspire. The sound is interactive, as you can hear, and responds to as many as a dozen parameters, including accelerator position, speed, or recuperation.

The sound is also influenced by what drive mode is selected. Sport mode, for example, makes it more dynamic and introduces more effects. Intelligent sound design algorithms, meanwhile, calculate the sounds inside the amplifier of the Burmester surround sound system in real-time and use the loudspeakers to reproduce them. 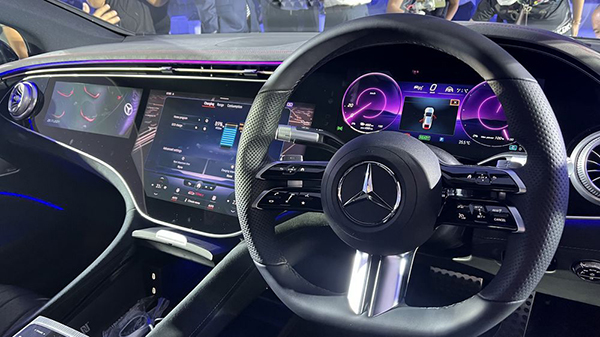 Mercedes EQS owners can also choose the Silver Waves sound, which is intended to be cleaner and more sensuous. A “Roaring Pulse” soundscape can also be activated after an over-the-air update and is inspired by powerful machines.

Mercedes’ head of sound design, Dr. Thomas Kuppers, said in March that the company had also considered adding the sound of an AMG V8 to the list of optional soundscapes, but decided against it when it realized that a V8 with no gear changes would sound odd.

“The driving dynamics from an electric vehicle differ too much from a combustion engine: you miss the characteristic changes in the gearbox,” Küppers explained. “And we learned within our car clinics: if you want to have that unique AMG experience, you turn your head towards Affalterbach. Customers, who buy an electric vehicle, are keen on this new ‘user experience’ and search for acoustic differentiation.”